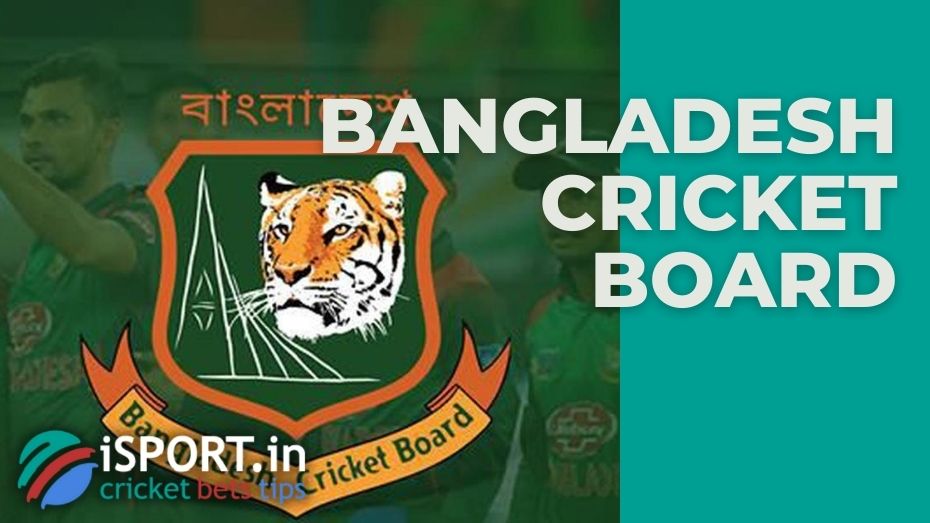 The Bangladesh Cricket Board (BCB) is a national cricket federation that performs a wide range of tasks related to the regulation of sports discipline within the country and representing the interests of Bangladesh at the international level.

The official date of consolidation of the BCB in the status of a national federation is considered to be 1972. The then Bangladesh Cricket Control Board dealt with several issues related to the regulation of this sports discipline, which allowed the adoption of the internal charter of the organization in 1976.

In 2007, the organization decided to review some of the constitutional principles of its own charter, abandoning “control” in its own name.

Today, the list of tasks of the BCB includes managing the national team, organizing matches at the international (Test, ODI, Twinty20) and local level. In addition, the Board solves all issues related to investing.

The title sponsor of the men’s and women’s national teams since 2003 is the telecommunications company Grameenphone of Bangladesh. In this case, we are talking about a very profitable partnership: the TV giant received an ideal advertising platform, and the team received regular broadcasts and financial stability. In addition, the company is the country’s largest investor in cricket. So in the period from 2007 to 2011, it received financial support for the development of this discipline in the total amount of 2 million dollars.

The BCB also deals with financial issues: it distributes fees for playing in the national team. It is known for certain that in 2005, players received a monetary allowance of $ 1,000 for each Test played and $ 500 for going to an ODI match.

It is rare to hear that the BCB is the founder of the Youth Cricket Academy and focuses on cultivating its own young talents.

The management structure of the BCB has been developed for half a century. The current hierarchy of the Board can be depicted as follows:

The presidential position of the BCC is one of the most honorable in the country; therefore, it is appointed by the government.

The BCB is assigned to organize international (Test, ODI and Twenty20) matches and domestic championships. It is worth noting that Bangladesh has a fairly developed tournament system compared with many other federations.

The BCB regulates the work at the following levels:

In general, the extensive BCB system also includes the division of clubs by forms:

All clubs are divided into divisions (8) and zones (4).

Bangladesh joined the International Cricket Council in 1977 as an associate member, which allowed the team to participate in six ICC Trophies and many ODI format competitions. Since 2000, the national team has become a full member of the ICC and participates in the Test.

It so happened that after a prolonged series of failures in Test and ODI, the status of a “loser” was firmly established for the national team. It had to wait more than four years for its first victory in international matches. In addition, the opponent was not one of the authoritative ones – Zimbabwe team.

In total, the Bangladesh national team has played 123 Test matches, of which it has won only 14. Most of the victories are at home meetings.

The national team has achieved the greatest success in ODI, winning 133 matches out of 384. In 2015, the representatives of Bangladesh reached the quarterfinals of the ODI World Cup.

The national team has also won the Asian Cup three times, the Nidahas Trophy once (2018) and successfully held the Ireland Tri-Nation Series (2019).