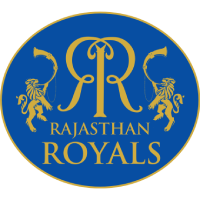 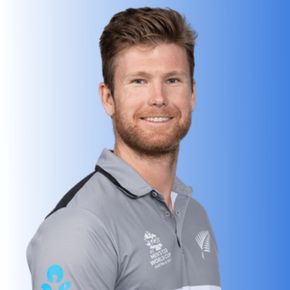 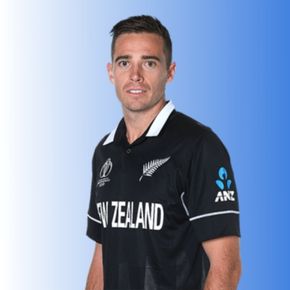 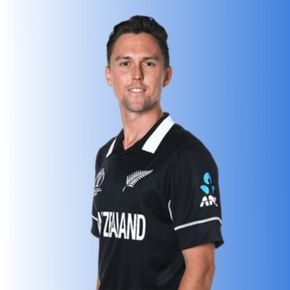 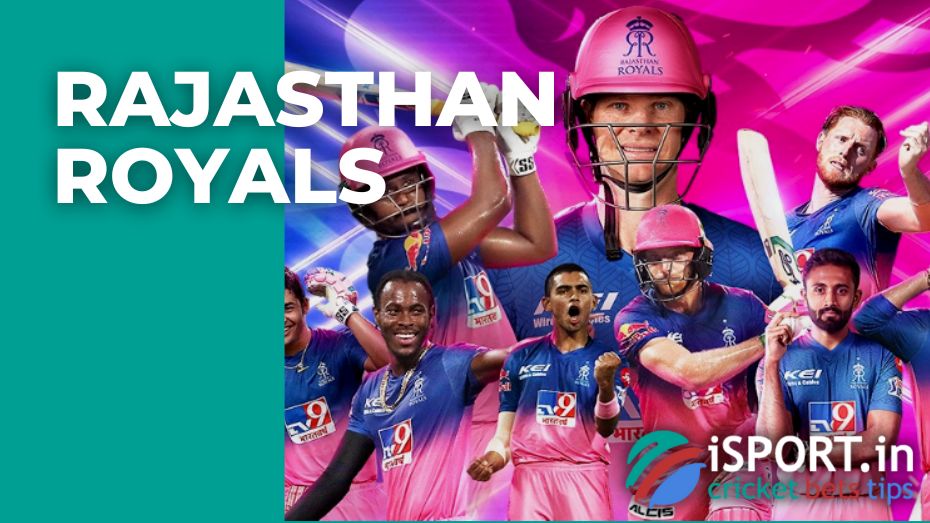 The club from the city of Jaipur has forever inscribed its name in the history of the Indian Premier League IPL. It was the Rajasthan Royals who became the first champion of the tournament. True, this was the first and so far the last championship in the history of the team. Several times the team got into major scandals. The head coach of RR is Trevor Penney from Zimbabwe. He took over the club in February 2021.

Emerging Media owns the Rajasthan Royals franchise. It is a large media project development company. Manoj Badale now owns emerging Media. The company paid only $67 million to own RR shares. This is one of the most modest sales before the start of the Indian Premier League IPL. At the same time, Emerging Media was one of the first representatives in the auction, which ensured its victory.

In addition to Manoj Badale, RR is owned by partners Suresh Chellaram, Lachlan Murdoch and Aditya S Chellaram. Disagreements arose between the owners in 2010. The management of the Indian Premier League IPL immediately reacted to the situation and announced the team’s exclusion from the tournament. The captain of the club Shane Warne from Jaipur, having learned this information, said that the decision of the Board of Control for Cricket in India was unfair. Together with RR, the Kings XI Punjab faced expulsion. Both clubs have filed lawsuits. The Rajasthan Royals case was reconsidering before the Bombay High Court.

The litigation coincided with the holding of the next auction in the offseason. The Bombay High Court ruled that RR can participate in the auction on an equal footing with other teams. As a result, the club from Jaipur and еhe Board of Control for Cricket in India agreed to reconciliation. The founders of the Indian Premier League, IPL, have not filed an appeal against the decision of the Mumbai Supreme Court in order not to lose even more money.

Another scandal happened with RR in 2015. The Board of Control for Cricket in India accused the club of making fictitious bets, thereby violating the league’s code. At that time, the team leaders were Ranjit Barthakur and Fraser Castellino. As a result, the Jaipur club received a two-year ban. 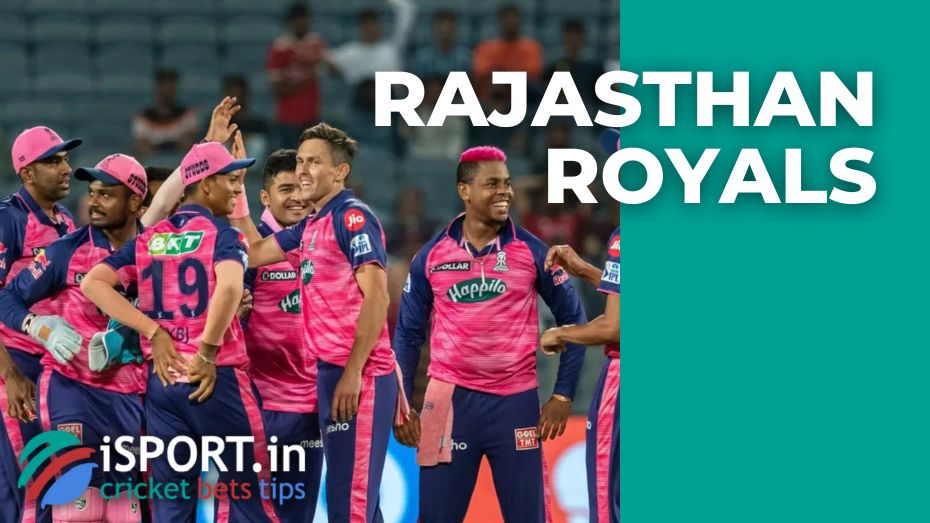 Before their debut season, the Rajasthan Royals were not considered a favorite in the competition. In the first match, the future wrestling champion lost to the Delhi Daredevils (with a difference of 9 wickets). However, then RR won 11 of 12 matches. As a result, the team was sensationally the first in the regular season. In the first match of the playoffs, it had to play with the Delhi Daredevils, whom it lost at the start of the group stage. This time, the Jaipur club’s advantage was undeniable, with 105 more runs.

In the final, RR faced the Chennai Super Kings. The meeting turned out to be eventful. Until the last minute, it was difficult to predict who would become the first champion of the Indian Premier League IPL. As a result, the Rajasthan Royals surpassed the opponent by three wickets:

The Rajasthan Royals play their home matches at Sawai Mansingh Stadium. This stadium is named after the ex-ruler of Jaipur. It has a capacity of 30,000 seats. For the first time, cricket matches were held here back in 1987. This stadium hosted the meetings of the World Championships in 1987 and 1996. The Indian national cricket team has played home matches at the Sawai Mansingh Stadium on several occasions. 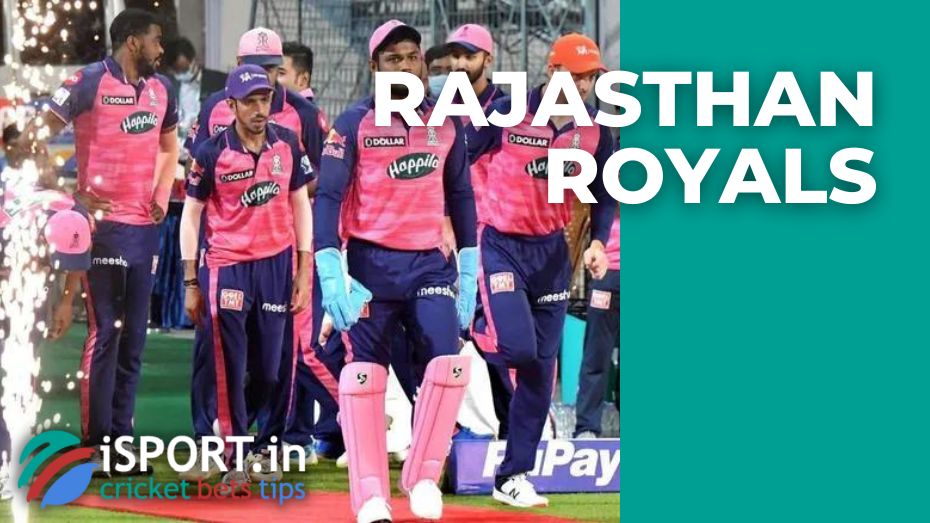 After a sensational victory in 2008, the results of the Rajasthan Royals began to decline. In the next four years, the team did not rise above sixth place in the standings. It was possible to interrupt the unsuccessful streak only in the 2013 season. Jaipur’s club finished third in the group stage. In the first leg of the playoffs, the team defeated the Sunrisers Hyderabad by just four wickets. The team fought with the Mumbai Indians to reach the final but lost with almost the same score. Brad Hodge looked confidently with RR. Unsurprisingly, it was soon bought out by a richer team.

The Rajasthan Royals finished fifth in the group stage in 2014. Once again, the Mumbai Indians stood in the way of the team. Both opponents scored the same number of points, but according to additional indicators, the team from Mumbai turned out to be better. In 2015, the Jaipur club made a name for itself, reaching the playoffs from fourth place. True, the team failed to compete for medals and lost her first match to the Royal Challengers Bangalore. The opponent ran 72 more runs.

Then there was a two-year pause due to disqualification. Rajasthan Royals returned to the Indian Premier League IPL in 2018. Despite the seriously updated line-up, the team looked good on the group stage. After winning 7 matches and losing 7 matches, the club from Jaipur faced the Kolkata Knight Riders in the semifinals. At first, there was an equal fight, but in the end, the rival took the lead noticeably and won with a difference of 25 runs.

In the last two seasons, RR has been one of the underdogs in the championship.

After the disqualification, the team changed all sponsors. Since 2018, Alcis Sports has been the main clothing manufacturer for RR. The team’s anthem has recently changed:

The mascot of the team is the lion, Moochu Singh.