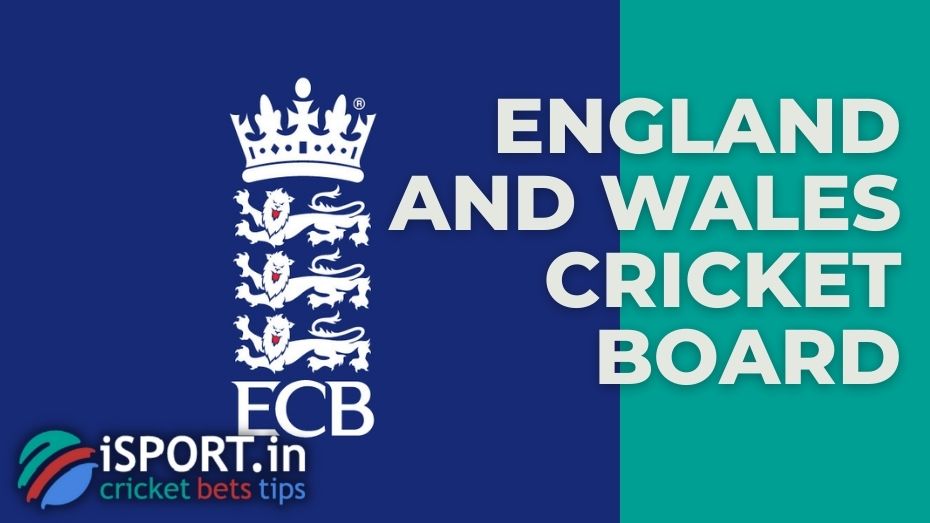 The English and Welsh Cricket Council (ECB) is a joint body of England and Wales that organizes national tournaments and represents the interests of the men’s and women’s national teams in the international arena.

The current organization was formed on 1 January 1997 to consolidate all the functions that belonged to the previously existing Test and County Cricket Board, the Cricket Council and the National Cricket Association. Even though the British and Welsh joint efforts formed the new structure, the name indicates exactly the ECB (not the EWCB), according to the priority of the bodies that controlled the merger.

Since April 1998, the Women’s Association has joined the ECB.

England and Wales Cricket Board: board structure

The Executive Committee is responsible for the strategic implementation of the plans outlined by the ECB. The remaining committees are engaged in audit, management and rule-making, working not only in the direction of the sport, but also solving several issues related to the organization’s development.

The ECB Management Board consists of a chairman, an independent director, three executive directors, five development directors, as well as a general and financial director.

In general, this structure is one of the most developed in the International Cricket Council (ICC):

The organization sets itself a number of tasks, one of which is the development of teams representing the “foggy Albion” at the international level in Test and ODI matches. In this regard, the national selector, as well as the head coach, are also among the employees of the ECB.

England and Wales Cricket Board: goals and objectives

The ECB is responsible for the financial direction of all English cricket. The organization’s task is not only to popularize sports as such, but also to increase revenue through the sale of tickets. You can also recall the benefits of sponsorship contracts and bonuses from the sale of broadcasting rights to domestic meetings and matches of the national England team. This is not difficult because cricket is one of the three most popular sports disciplines in the UK.

More than a million people attend matches every year, and almost 10 million express their interest by watching what is happening on the field through various broadcasts. It can be noted that this is not a temporary success because the ECB has bet on the long-term development of the discipline. So, since 2009, the state program for introducing schoolchildren to cricket – “Chance To Shine” has been operating. In total, about 4 million representatives of junior classes take part in it.

In 2017, ECB signed a number of agreements with various media outlets, according to which the latter receive a unique opportunity to cooperate with the national team. The colossal 5-year contract is designed for over 1.1 billion pounds. The proceeds will go to the development of cricket in individual counties, of which there are really a lot.

The effectiveness of the ECB policy can be judged today. In the summer of 2019, the previous strategy of the organization ended on a positive note: the England men’s national team won the Cricket World Cup 2019 for the first time. This can really be considered a success because two years earlier, the victory went to the women’s national team (Women’s Cricket World Cup-2017).

England and Wales Cricket Board: the structure of cricket

The organization is engaged in maintaining and developing all classes and directions of cricket in the country. At the moment, the ECB consists of 4 levels:

At the same time, Wales is not deprived of holding national championships:

Women’s cricket is also actively developing. Today it is represented by 850 clubs for girls and juniors, whereas in 2009, there were no more than 100. ECB promised to allocate about 20 million pounds for the development of this direction by 2021.