Paarl Rocks is one of the six main participants of the Mzansi Super League Twenty20. The team was founded in 2018. It represents one of the oldest cities in South Africa – Paarl. It has its own ground Boland Park, which can accommodate up to ten thousand spectators.

The team captain is Faf du Plessis. The colors of the form are purple and yellow.

The team came fully prepared for the first draw, signing such players as Faf du Plessis, Tabraiz Shamsi and Dane Paterson. Foreign stars were also noticed: shortly before the start, the captain of the Trinidad and Tobago national team, Dwayne Bravo, and one of the most effective all-rounders of his generation, Paul Stirling (Ireland), joined the ranks of Paarl.

Despite the competitive spirit, Paarl Rocks lost their debut match, losing to Tshwane Spartans with a difference of only one run. A loss followed the first mistake in the confrontation with the future league champions Jozi Stars, but then Paarl managed to get into the right rhythm, beating Cape Town Blitz and Durban Heat. The failure in the match against the representatives of St. Elizabeth did not confuse the team, and as a result, it was able to score the necessary number of points to reach the playoffs. Unfortunately for Paarl, the ticket to the final went to Jozi Stars: the semi-final match was canceled due to weather conditions, so the victory was awarded to Johannesburg according to the sum of achievements. 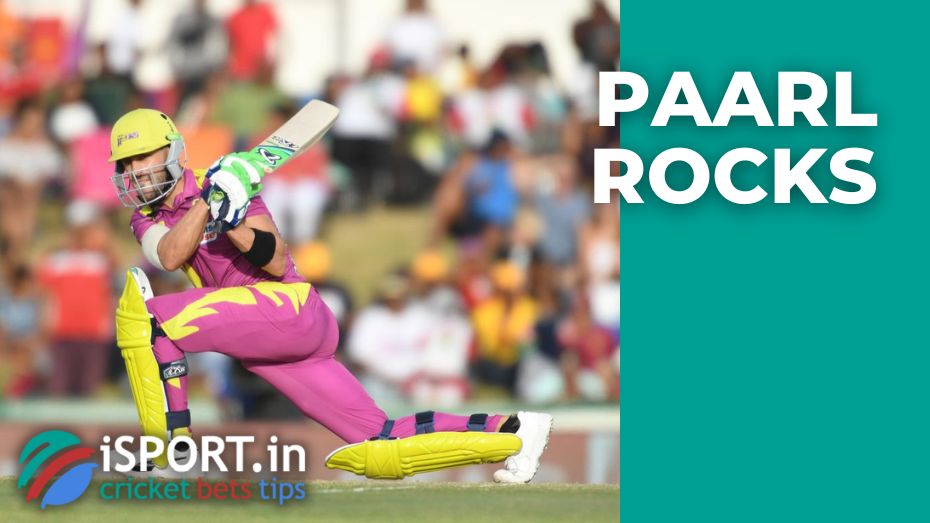 At the end of 2018, Paarl took third place in the standings. Several representatives of the team were recognized as the best players of the match, in particular:

On the eve of the 2019 season, Paarl Rocks did not make radical adjustments to the squad, limiting themselves to point strengthening (for example, Sri Lankan-born Isuru Udana and Englishman James Vince joined the ranks of the team). Faf du Plessis retained the captain position, who led Paarl to six victories in not the easiest matches.

After beating Cape Town Blitz, reigning champions Jozi Stars and Nelson Mandela Bay Giants, Paarl reached the final from the first place of the standings. In the decisive battle for the title, they had to compete with Tshwane Spartans, who showed good results in the group stage and never lost to the upcoming opponent. However, this time luck was on the side of Paarl, who won with a difference of eight wickets. Henry Davids was named the player of the match. In addition to him, this title was awarded in 2019 to:

Representatives of Paarl Rocks several times got into the top of the best players of the Mzansi Super League Twenty20 season. In particular: 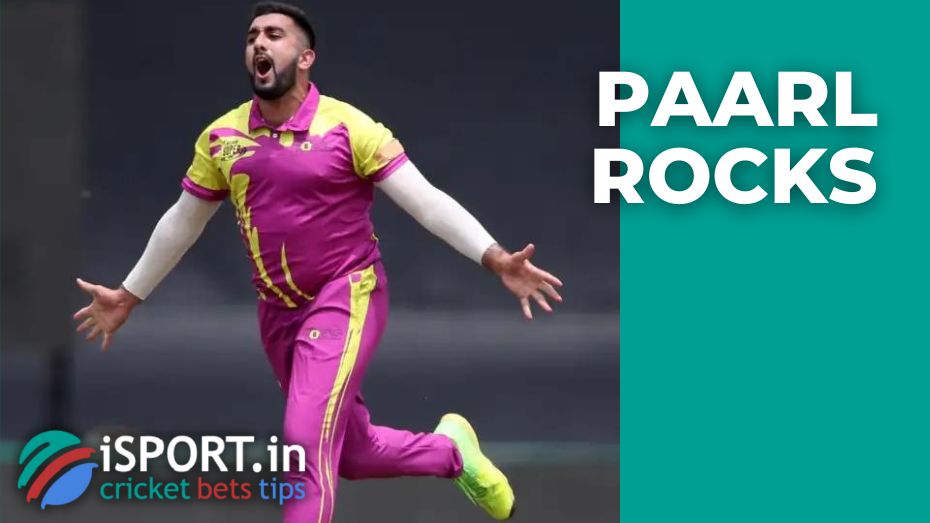 Paarl Rocks also has its own record book. The first place in the list of the team’s best batsmen is occupied by Faf du Plessis with 537 runs. Cameron Delport (461 runs) and Henry Davids (415 runs) complete the top three. In addition, at various times in the games for Paarl, they distinguished themselves: