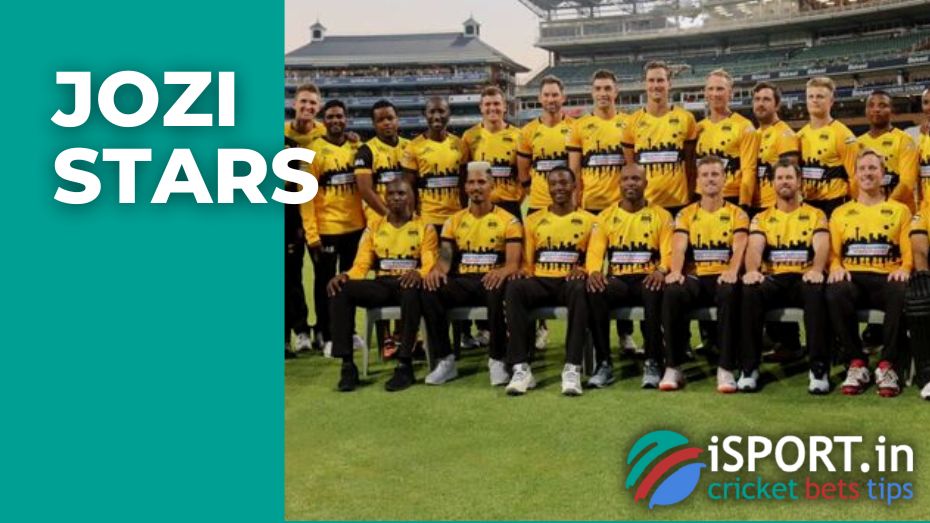 Jozi Stars is a South African franchise team founded in 2018 to participate in the Mzansi Super League Twenty20. The winner of the first season.

Jozi Stars represent Johannesburg in the league. The team’s home ground is New Wanderers Stadium (capacity – 34 thousand people). The colors of the form are yellow and black.

Unlike the competitors, the team relied not on foreign stars, but on experienced local cricketers in the first season. The position of captain was given to the experienced wicket-keeper Dane Vilas, and the main team was Chris Gayle, Rassie van der Dussen, Reeza Hendricks, Duanne Olivier and others. Many of the players were well acquainted with each other, so it is not surprising that having started with a defeat in a home match against the Nelson Mandela Bay Giants, Johannesburg quickly began to catch up. Having snatched a victory from Paarl Rocks with a difference of 60 runs, in the next match against Cape Town Blitz, they improved their performance (62 runs). The mistake in the game against Tshwane Spartans did not confuse Jozi Stars: having confidently won four matches in a row, they made it clear that they are ready to fight for the trophy. 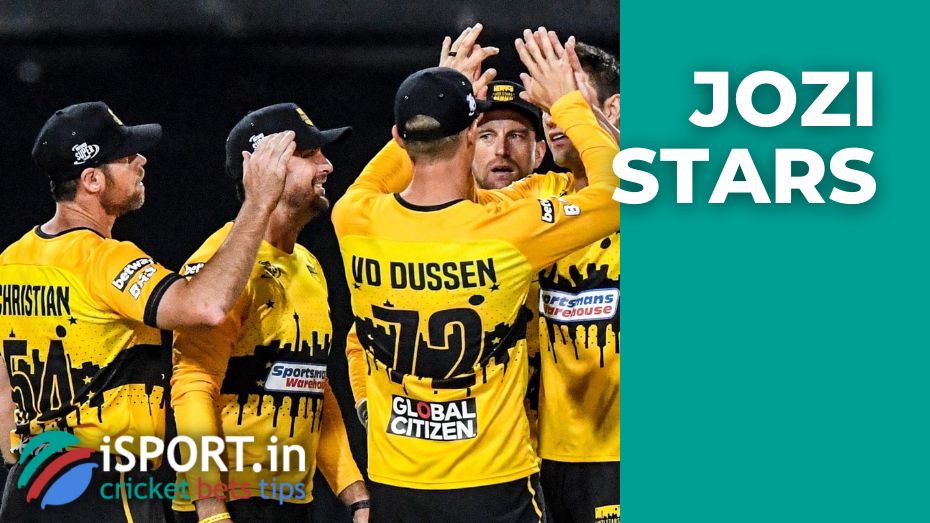 In the semifinals, Johannesburg had to fight with Paarl Rocks, to whom they lost twice in the group stage. However, the match was canceled due to unfavorable weather conditions, and the victory was awarded to Jozi Stars, who beat the opponent in total points. In the final, the resistance of Cape Town Blitz was again broken, which the representatives of Johannesburg bypassed with a difference of eight wickets.

Jozi Stars players led both the race of batsmen of the first draw and the competition of bowlers. In addition, a number of representatives of the team received official recognition as the best players of certain matches, namely:

Unfortunately, the next season was as disastrous for Johannesburg as the first one was successful. The team set an anti-record without getting a single victory and, accordingly, without achieving the right to defend the title. One of the reasons was personnel problems that could not be solved quickly: Dane Vilas was replaced as captain by Temba Bavuma (the first black South African cricketer to represent the national team in test matches), and in the middle of the draw, the Jozi Stars lost Chris Gayle, who was tried to be replaced by the Pakistani star Shoaib Malik. However, the joint efforts of the players were not enough to break the series of failures: the team finished the 2019 season on the last line of the standings.

Currently, the duties of the head coach of Jozi Stars are performed by a native of Jamaica, Donovan Miller.

Representatives of Jozi Stars have repeatedly replenished the lists of the best players of the Mzansi Super League Twenty20 season. So, for example: 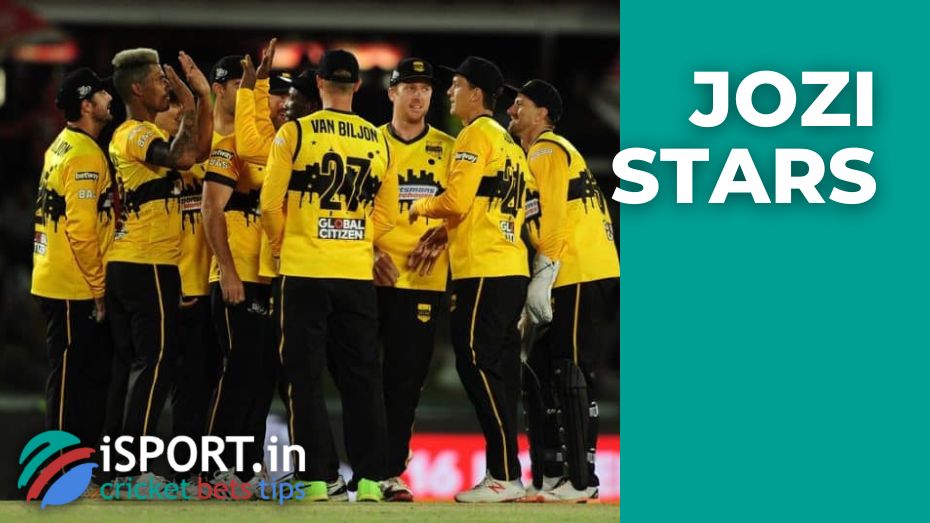 The best batsman of Jozi Stars at the moment is Reeza Hendricks, whose merits have been recognized at the league level (687 runs). Nevertheless, a number of representatives of the team managed to mark local records: