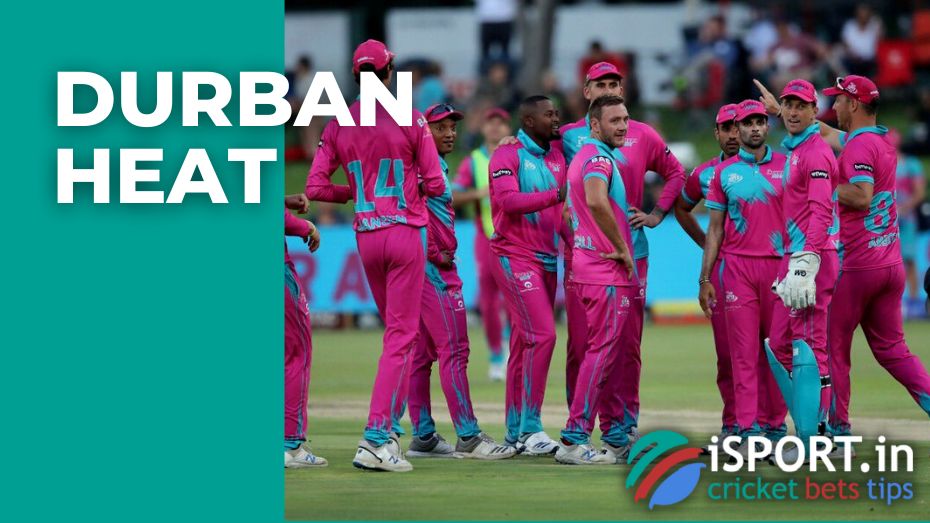 Durban Heat is one of the six franchise teams founded in 2018 to participate in the Mzansi Super League Twenty20 (South Africa). It represents Durban, the third largest city in the country, and is based at the Kingsmead Cricket Ground – a historic venue for South Africans with a capacity of 25,000 people, which hosted the first test cricket match in the history of the region.

The team is coached by a local native, Gary Kirsten; the duties of the captain are performed by Dane Vilas. The colors of the form are purple and blue.

The debut season of 2018 did not bring the team any noticeable success. This is partly due to personnel mistakes: having signed such a recognized star of world cricket as Rashid Khan (Afghanistan), the management could not find a balance between veterans and inexperienced players. In ten matches, the Durbans have won only three victories – less than any of the competitors. Two of them were as part of the home and away games against Tshwane Spartans, who performed slightly better than Durban. The third came in an away match against Cape Town Blitz and was the only serious achievement of the team for the entire draw since Cape Town, which took first place in the standings, was considered the most likely candidate for the trophy. 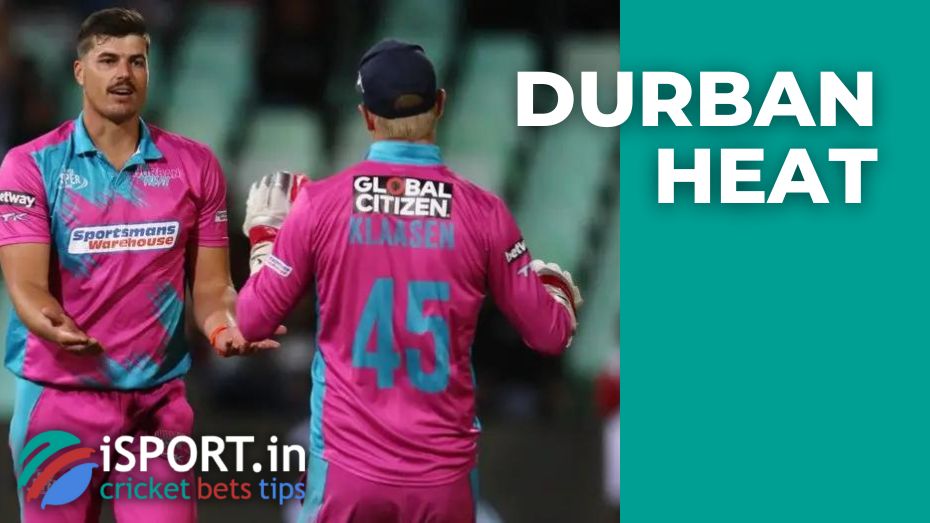 Despite the fact that the Durbans did not manage to make it to the playoffs, three representatives of the team distinguished themselves, receiving the title of the best player of the match, namely:

On the eve of the start of the 2019 season, the Durban Heat thoroughly changed the team. In particular, the position of captain was given to Dane Vilas, who replaced Albie Morkel, and Englishmen Alex Hales and Ravi Bopara joined the ranks of the team.

It is difficult to say how this draw could have developed for the Durbans if not for the weather conditions. Due to the rain, five out of ten matches were completed with the final “No result”, which did not allow the Durban Heat to rise above the fourth line of the standings. Tshwane Spartans, Nelson Mandela Bay Giants and Paarl Rocks entered the playoffs, having registered a victory in the final match.

However, despite this, Durban was still not left without awards. So, in particular:

Representatives of the Durban Heat have never been included in the final lists of the best batsmen and bowlers of the tournament, which is partly dictated by not the highest results of the team as a whole, but also by an unsuccessful draw (recall that in the second draw of the Mzansi Super League, half of the matches in which Durban took part were canceled due to rain and, as a result, were not calculated). However, the Durbans have their own list of achievements:

The top 5 best batsmen of the team 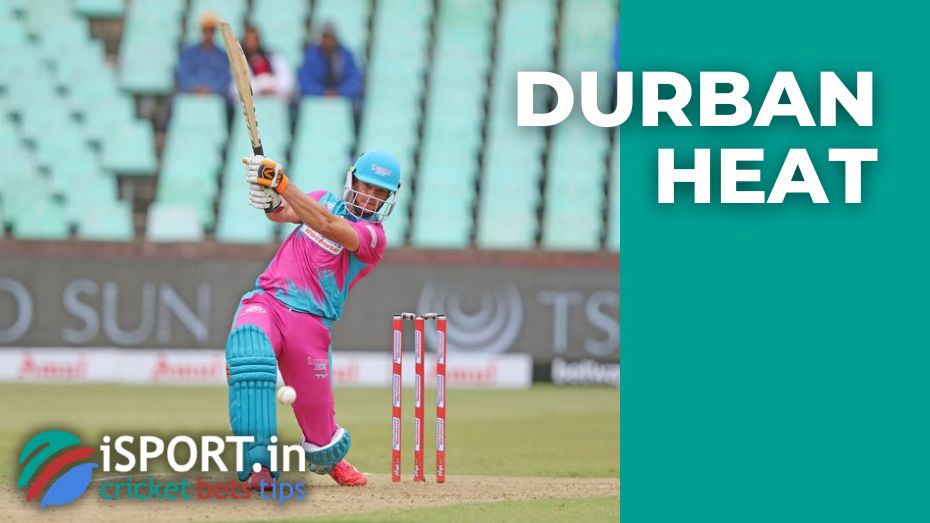 The best pair of batsmen is Sarel Erwee and Morne van Wyke, who made 65 runs for two in an away match against Paarl Rocks on December 2, 2018.

Top 5 best bowlers of the team