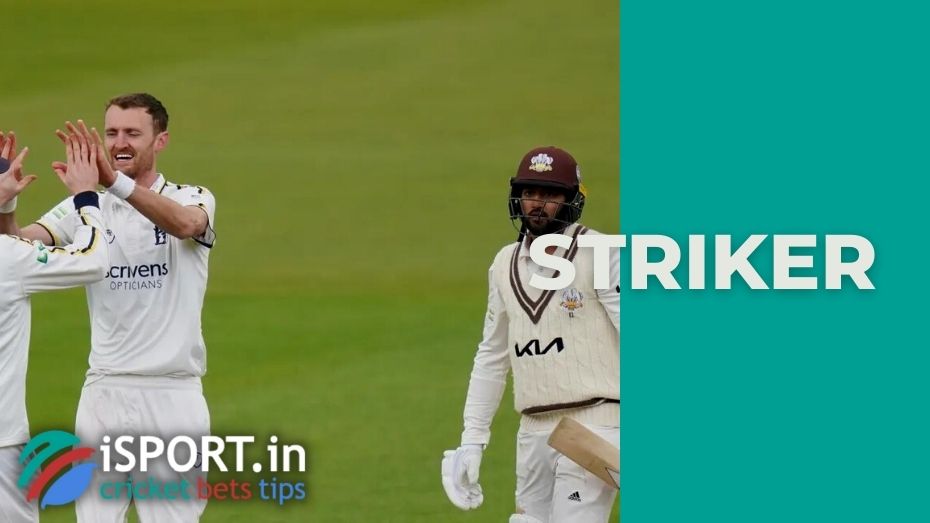 Striker – a batsman guarding his wicket, i.e., a batsman standing with at least one foot behind the popping crease line.

As a rule, they are confused with a partner (not a striker) waiting behind the popping crease line for the completion of the over. Despite the fact that the bowler is trying to knock the batsman out of the game, the concept of striker refers specifically to the player with the bat who stands in front of the bowler and strikes the ball.