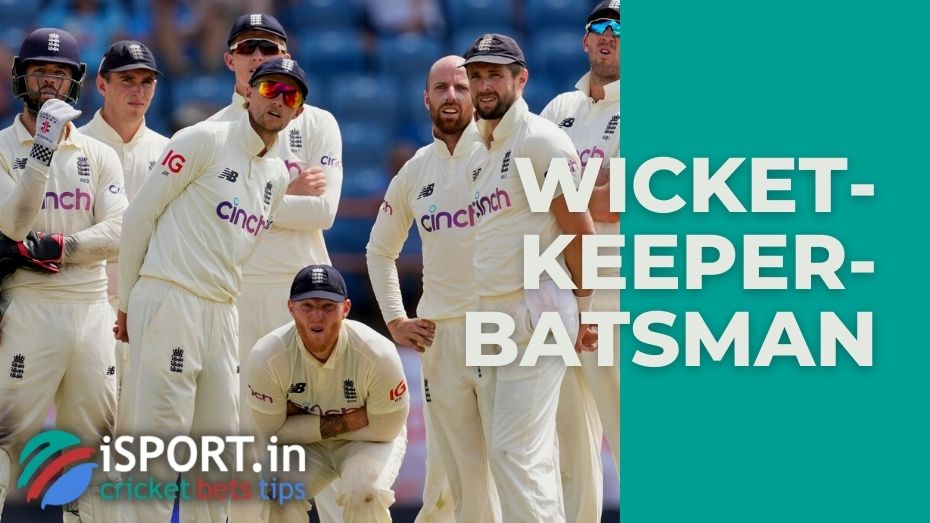 The players’ positions at each stage of a cricket match are strictly defined: they can play as a captain, batsman, bowler or fielder. The importance of the role of Wicket-keeper-batsman is difficult to overestimate for the outcome of the match. This term refers to a player who must be good both at the fielder and batsman positions.

Who is a Wicket-keeper-batsman in cricket?

The term wicket-keeper refers to a fielder who stands behind the striker’s wicket. His equipment consists of gloves and foot guards, and his task is to watch the batsman play and be ready to take the ball if the batsman misses.

Wicket-keeper is a key field position and is associated with the player’s high moral and physical stress. Therefore, as a rule, in the composition of test cricket teams there are not only players who can masterfully handle the bat or the ball, but also those who feel great wearing gloves.

Wicket-keeper and batter – what is the difference?

As soon as all the batsmen are knocked out (or the number of bowlers’ innings ends), the teams switch places, and the chance to earn runs passes, respectively, to the other team. Therefore, the task of the batsman is not to be knocked out for as long as possible. In total, there are two batsmen on the field, one protects the wicket, and the second takes a position opposite the opposing team’s wicket.

Points in cricket are called runs for a reason: they are awarded for runs. When the batsman has hit the ball, he and his teammate can switch places and run from one wicket to another. For each such run, as well as automatically in the event that the ball flew far enough, their team will receive a run. Therefore, it is important for batting players to be not only in excellent physical shape, but also to have the skills of a strategist and excellent reflexes.

The same high requirements are imposed on the wicket-keeper. This is a player, one of the fielders who stands behind the wicket and is part of the batting team. He can not only catch balls to prevent runs, but also knock out the batsman in certain cases.

The term wicket-keeper-batsman actually implies two playing positions, while the tasks of wicket-keeper and batsman are absolutely opposite. 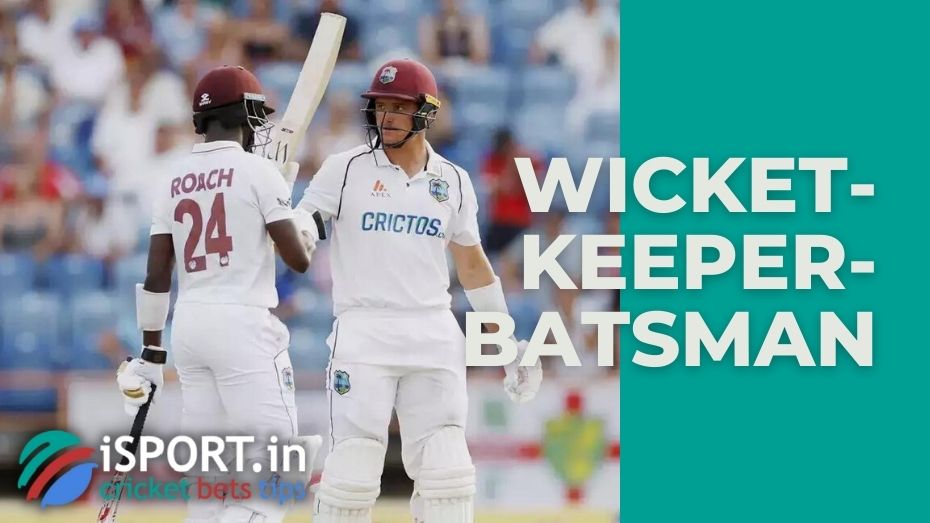 The history of wicket-keeper-batsman and the best players

Since the beginning of the 1990s, teams began to take on the position of wicket-keeper players who also feel great in the role of a batsman.

At all times, even at the dawn of cricket, the role of the wicket-keeper was very important because the mistake of this player can sometimes cost the whole match. Key changes in who this player is and what is required have occurred in the last couple of decades. If earlier they could afford to be mediocre batsmen, now this is not enough. The changes began after the arrival of players in cricket, who changed the understanding of the role of the wicket-keeper. The teams began to strive to combine the ability to play in two opposite positions in one player in the early 1990s. The ambassador of this phenomenon was the Australian Adam Gilchrist, who played as a wicket-keeper in test matches and ODI. He revolutionized international cricket and did not give a single chance to rival teams’ bowlers and became one of the best batsmen in the world. In test cricket, he scored 5,570 runs, as well as 813 catches and 82 stumpings in all formats of international cricket. Before his arrival, an excellent indicator for a wicket-keeper was 20-30 runs earned as a batsman. But Adam Gilchrist, followed by Andy Flower and Kumar Sangakkara, raised the bar to an exorbitant height.

The following players have also entered the history of international cricket as excellent wicket-keeper-batsman:

* Kumar Sangakkara (Sri Lanka). He is one of the greatest cricketers in the world, while Kumar has more than 500 dismissals in the ODI format and an anti-record for the number of dismissals in the World Cup (54). But his other results are much more impressive: 12,400 runs and 38 centuries in test matches, 14,234 runs and 25 centuries in the ODI format.

* Andy Flower (Zimbabwe). He is perhaps the greatest batsman in the history of Zimbabwe. He has 141 catches and 32 stumpings, as well as 6,876 runs in the ODI format.

Gradually, cricket began to turn more and more into a game of batsmen, and therefore, over time, the skills of excellent possession of the bat for wicket-keepers became mandatory if they wanted to stay in the team. For example, the team management certainly chose the latter between the player who catches the balls better and the one who hits them better.

Probably, in the future, more and more requirements will be imposed on the wicket-keeper.