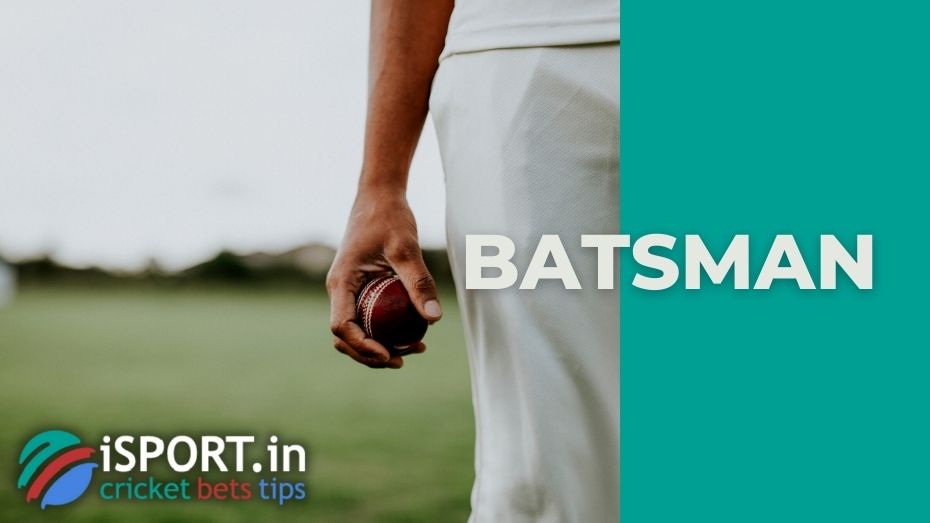 In cricket, a lot depends on the player in this position. If the batsman hits the balls well, then he helps his team to score points and not lose a wicket. A batsman is called any player on the field with a bat, even if the athlete has a different profile position.

Batsman: duties of the player

To become a good batsman, you need to have a quick reaction, and the speed of decision-making depends on it. Also, the player needs to be well-prepared physically and constantly think over his actions. It is not for nothing that they say that the team’s success depends on the correctly chosen batsman strategy.

At the same time, the bowler and batsman are located on different parts of the field. To support the batting player, his teammate is next to him. If the batsman does not cope, then his teammate changes him. This continues until the end of the innings until ten athletes leave the field at once. Then the teams change roles.

The batsman’s tactics differ depending on the following conditions accompanying the match:

The main goals for the batsman are to protect the wicket and set as many runs as possible. In cricket, you can solve either one or another problem. To score points, you need to risk hitting the ball after the bowler throws. Sometimes batsmen safely hit balls, focusing only on the protection of the wicket, and do not want to make runs. Often, teams playing batting prefer not to score runs, but to protect their wicket. Cricketers can hit balls in any direction. This is one of the advantages of this sport, compared to those where a bat/racket is also used.

In cricket, a lot of attention is paid to batsmen’s statistics. These figures allow us to evaluate the effectiveness of the players’ actions. The batting average is the main indicator for cricketers playing in this position. The calculation is performed as follows:

Batting average= Number of runs/ number of times runs have been dismissed.

Batsman: a strategy for the match

To find the optimal strategy for the match, the batsman needs to know the capabilities of the bowler who is opposite him. It is also necessary to consider the position of the field players, in what conditions the match takes place. It is important to be aware of your strengths and weaknesses. Of course, it is not always easy to assess the opponent’s strength who sends the ball. Especially if this is a young player who has never had to cross paths with before. Experts believe that the batsman must find a compromise between the force of blows (trying to score) and the risk involved of being dismissed. 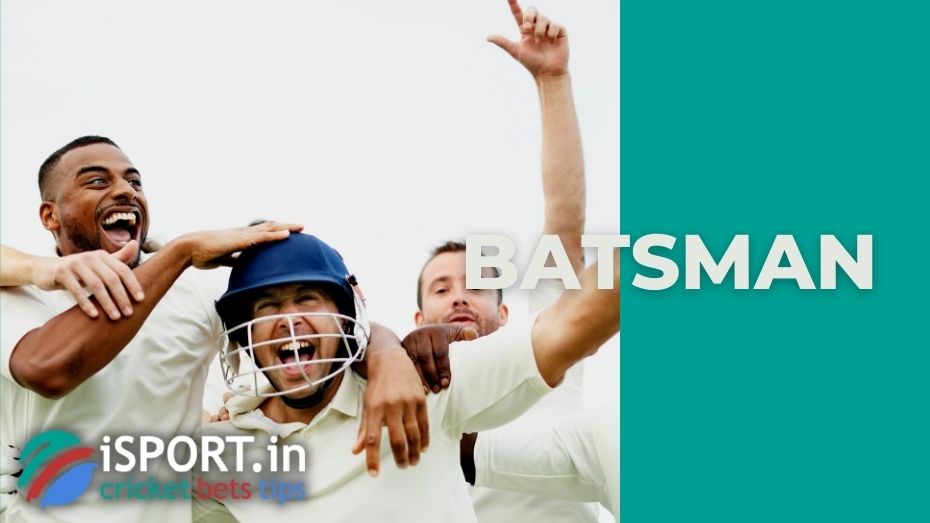 Batsman: strategy in the One Day International format

A limited number of overs are played in matches of this format. Thus, players in the batsman position try to score points faster. In the One Day International games, it is important to have good physical fitness to move around the field quickly. Players are constantly taking risks. What does it mean? They strive to earn at least one run per ball bowled. The leading cricketers manage to score four runs out of six in one over. Several factors influence this indicator at once:

There are cases when players demonstrate high personal indicators and strive to increase them. For example, make a century. Then the cricketers take less risks and try to score more runs.

There is a standard alignment of forces in the One Day International format:

Of course, this tactic is not followed by all teams in cricket. This is the advantage of this sport. Sometimes the leading player enters the business under the third and fourth numbers to correct the mistakes of his predecessors or try to make a good start for his team. In the One Day International format, fans usually like to watch the events of the last 10 overs the most. At this time, players place bets on riskier strikes than they were previously. In order to complete the corresponding task, the team coaches must clearly calculate the strength of the players. There should be as many team leaders in the game as possible.

There are no real restrictions on the placement of cricketers in the One Day International format.

Batsman: strategy in the Test format

In this format of the game, the cricketers try to score as many points as possible. The number of overs is not limited, so cricketers prefer to take their time. Usually, in Test format matches, up to 90 overs per day are held. The standard tactics here are as follows:

In cricket, there is a conditional nightwatchman position. This is a player who is able to protect the wicket well, which is especially important at the end of overs. Tactics in Test format matches may differ depending on the day of the meeting. For example, if the score is unsuccessful on the fourth day, the team is more focused on protecting its wicket than a set of runs. The team captain makes many decisions in Test cricket.