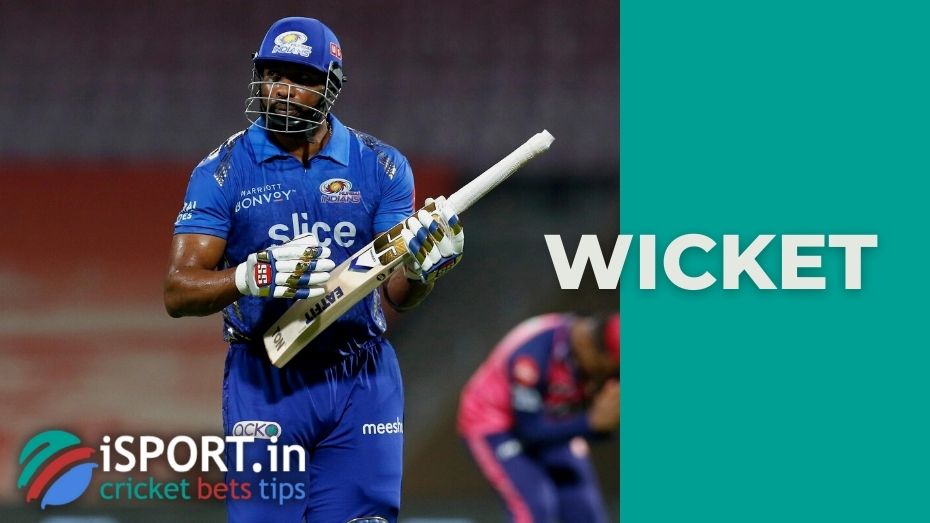 Wicket is one of the fundamental terms in cricket, which most often means a wicket, consisting of three pegs and two bars. Wickets are located at both ends of the playing area of ​​the field (pitch) and are guarded by batsmen, whose task is also to perform runs (runs). According to the letter Laws, the main weapon of batsmen is a bat, but it is allowed to intercept the ball with the help of equipment parts. If the batsman fails to defend the wicket, he is eliminated. Therefore, the expression “taking the wicket” is often used in such episodes.

In some cases, Wicket can also mean pitch as a whole, which is considered an incorrect use of the term.

Initially, the wicket in cricket was not called Wicket, but Wicket Gate, that is, “small gate”. The original design had only two pegs and a crossbar. Another vertical detail was added to it to complicate the task for the bowlers in 1775(the occasion was an episode of one of the matches in which Lumpy Stevens shot the ball through the wicket three times in a row without damaging it).

Over the years of cricket’s existence, not only the shape of the Wicket has changed, but also its dimensions, which were ultimately enshrined in Law 8:

“The height of the wicket is 71.12 cm. The pegs are at the same distance from each other (22.86 cm). The crossbars are placed in special shallow grooves, while they should not rise above the pegs by more than 1.27 cm. The length of the crossbars is 10.95 cm.”

The size of the Wicket in junior cricket is different from that of adults, but it serves the same function in both cases. The wicket is the main goal of the attacking team, and its state can be influenced not only by the bowler but also by the outfield players, who can also destroy it or at least prevent the batsman from performing runs. You can take the latter out of the game in several ways (for example, bold, stump, and so on). Law 29 specifies that a wicket is considered destroyed in the following cases:

According to the 2010 amendment, Wicket is also considered destroyed when the batsman’s bit breaks and its fragments damage the structure or part of it. 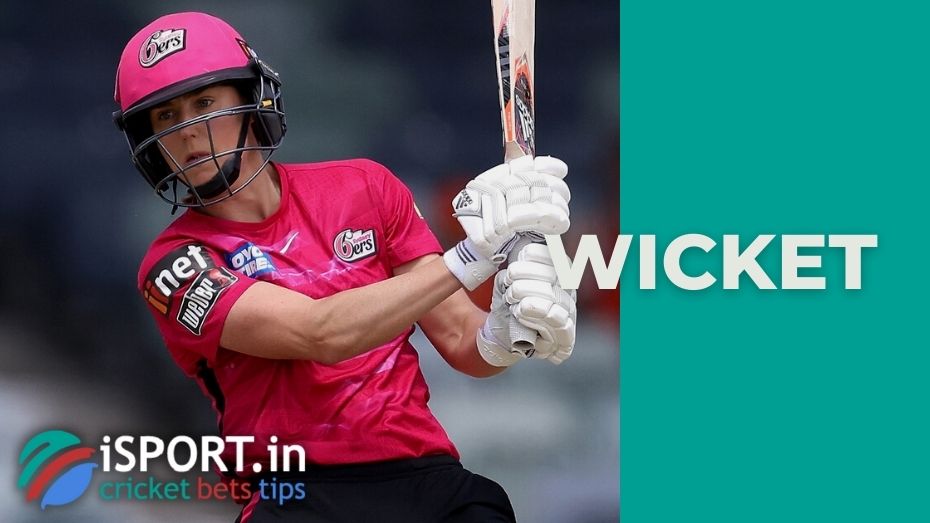 In addition, some specific situations are stipulated in the supplements to Laws, in particular:

It is worth clarifying that it is allowed to play without the crossbars in rare cases (for example, if the weather is very windy and there is no guarantee that the crossbars will hold in place). This decision falls within the competence of the judge, who records the subsequent fact of the wicket destruction . As a rule, ithappens when its integrity is violated by the ball, the bat of the batsman, part of his body or an element of equipment, and the hand of the fielder if there is a ball in it the time of destruction.

Wicket plays an important role in organizing player statistics. So, in the case of batsmen, the number of executed runs is taken into account and the number of lost wickets (Wicket lost). If we are talking about a bowler, then the total number of Wicket taken (taken wickets) is calculated. Even those game episodes when the Wicket itself was not destroyed (for example, a cat) are included in the list.

Summarizing the above, the term Wicket appears most often in the following areas of the game:

The following players recorded the maximum number of wickets in test matches:

It is interesting: Sticky Wicket is a specific term that does not refer to the wicket but to the pitch and denotes an unacceptable state of the court, heavily soaked by rain, for play.