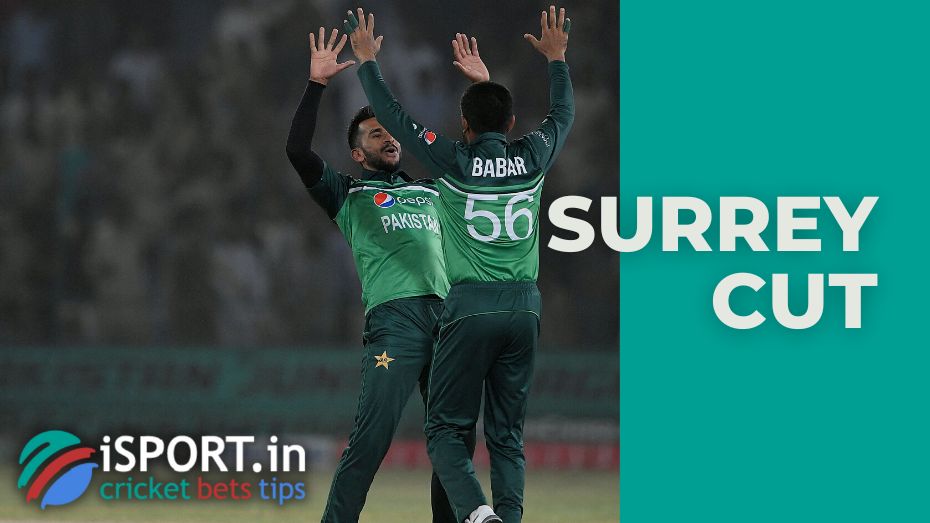 Surrey Cut (synonyms French Cut, Chinese Cut, Staffordshire Cut, Harrow Drive, Inside Edge) is a kind of striking technique in cricket, the distinctive feature of which is considered to be finding the inner edge of the bat closer to the body of the batsman. In this case, the execution of the blow occurs at a right angle.

Many bowlers tend to force the batsman to act defensively: move forward and hit regardless of the ball’s rotation. It’s very difficult when the ball is flying more than 100 miles per hour. Thus, the bowler plans to direct the projectile at the batsman’s legs so that he either misses the ball in order to avoid hitting the foot (toe crusher) or dodges.

Surrey cut is very meaningful. At the moment, five synonyms are known, even though the inside edge is the most frequently used. French historically stands out among all the variety of “cut” (French, Chinese, Staffordshire). It so happened that despite the popularity of cricket in England, the French were considered to be the first to invent or introduce this trick (Inside Edge). Hence the name French Cut.

Today, this issue is not on the agenda, as most cricket-playing countries have repeatedly reviewed the technique over the years. However, it is France that is still considered to be the founder of the inside edge.

If we consider the surrey cut from the bowler’s point of view, it is more of a psychological attack. The pitcher forces his opponent to think about passing the ball, forcing the choice of harrow drive. This technique is difficult to perform, and therefore, as mentioned earlier, it is subject only to professional cricketers with a sufficient skill level.