What is a single in cricket 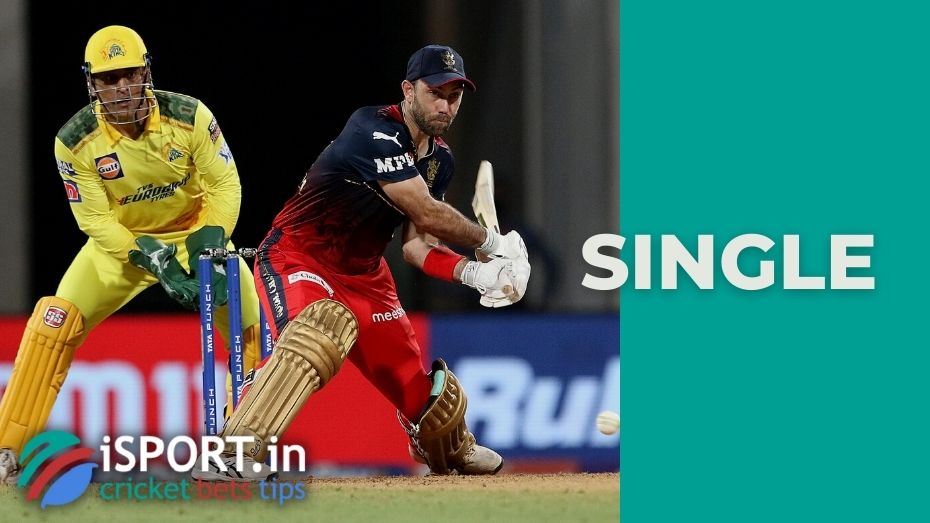 The term single in cricket, of course, has nothing to do with the marital status of the players. This is the name of a run that is earned as a result of the batsmen running between the wickets once per serve.

Why are runs so important in cricket

A run in cricket is a unit of scoring points. As a rule (with very rare exceptions, which can be found in cricket with a limited number of overs), the team that has the most runs by the end of the match becomes the winner. That is why the team has two tasks during a cricket match: to earn more runs and not to let the opponent do the same.

At the same time, two batsmen are on the field from the batting team; both have bats in their hands, their equipment is also the same. Their pair is called partnership. One batsman, who is called a striker in the language of cricket, stands at the wicket of his team and must protect it from the attacks of the bowler. The second batsman stands at the opposite end of the pitch and is called a non-striker. He doesn’t strike.

Every time a striker hits a ball, he and the second batsman get an opportunity to earn runs for their team. One run, which is called a single, is counted to the team if the batsmen start moving towards each other from opposite ends of the pitch (length – 22 yards) and safely switch places.

As a result of one position change, a team of batsmen earns one run; if it was the only one in this innings, then it is called a single. Runs are made until the batting team returns the ball to the game; if at that moment the batsman is not in his position, he is eliminated.

The rules of cricket do not provide for restrictions on how many runs batsmen can earn in one bowler’s innings, but they need to take into account several nuances: firstly, calculate the time so as not to be knocked out, and secondly, take into account who will be in the striker’s position as a result of runs. The fact is that a pair of batsmen can have several strategies: sometimes they use rotation when they take turns playing the role of striker, and sometimes they make sure that only a strong player remains in this position.

In other cases, in order to earn points, you need to run.

Single in cricket: is it good or bad?

So, the term single means a change of positions by batsmen, which brought their team one run. It is important that this term is used only if the batsmen ran towards each other; with other methods of scoring runs, the term single is not used. Even though the task of batsmen is to earn as many runs as possible, one run per innings is not always a bad thing.

At first glance, it may seem that nothing is easier for batsmen than to earn a single run by runs; it is much more difficult to earn two or three. Of course, there is some truth in this, but even one run can be a difficult thing.

Batsmen who are on the field at the same time and form a partnership should understand each other perfectly, because if one runs and the other stays in place, it will not only not bring runs, but also put players in an awkward position, create a conflict between them and can worsen mutual understanding. At the same time, skilled and attuned players can earn quick singles where others would not take risks and would miss the opportunity.

The importance of a single in cricket depends on whether there are two equally strong batsmen on the field or a strong and weak batsman. If the players’ strengths are equal, then single is of great importance for rotation. Rotation allows players to conserve their strength and not lose concentration, as a result – to last longer. This is good for their team because runs can only be earned while the team is playing the batting role, and in cricket with an unlimited number of overs, the position does not change until all the batsmen are knocked out.

Single is also important if the right hander and left hander are on the field. Their frequent rotation confuses both fielders and bowlers so that the game for the batsmen will be much more successful in the end.

The disadvantages of a single appear when the batsmen do not take advantage of the opportunity to earn more runs, although their strategy allows it. Or when, after a run, a weak player turned out to be in the striker’s position.