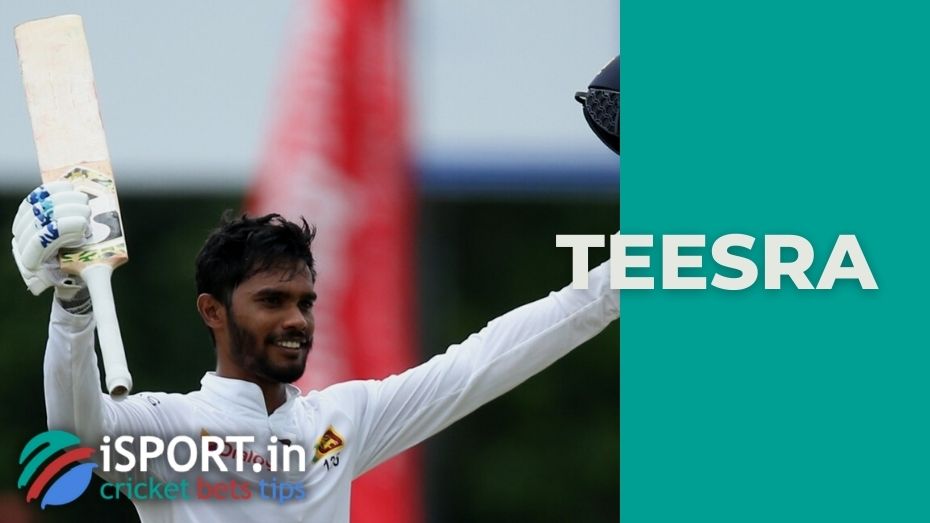 Teesra (also Jalebi) is a special type of serve in cricket that an off-spin bowler performs. Pakistani Saklen Mushtaq, considered one of the best spin bowlers in the sport’s history, claimed that he was the inventor of this serve. Still, many researchers believe that Teesra is just a variation of the regular Backspinner that has been used in cricket for centuries.

However, the pitch was given a new name in the Indian Cricket League when Mushtaq was playing for Lahore Badshahs. The first player who had to face Teesra was Russell Arnold: he first made a spade and then went out during this serve (it is noteworthy that this happened in the episode when Teesra was used for only the fourth time in history).

One of the first bowlers to permanently introduce Teesra into their arsenal was Said Ajmal. He tried it out in the opening Test of the series between England and Pakistan and later claimed that it helped him in the World Cup.

Teesra is part of the Wrist spin set and is virtually identical to Slider. Its key feature is the grip: at the moment of serving, the bowler’s hand is turned with its back to the batsman, who cannot see the movement of the opponent’s fingers, and therefore, predict the direction of the ball and the speed of its movement. Without enough input, the batsman tends to overestimate the effort the bowler is willing to put into serve, often leading to poor positioning and the risk of an out.

Separately, it should be clarified that Teesra is often confused with Doosra, which is usually compared with the classic Topspinner. Both serves can be attributed to the Wrist spin, which was emphasized by Saklen Mushtak himself, who gave his invention a name that can be translated from Hindi as “third” (Doosra, in turn, is translated as “second”). Although it is also often credited with the authorship of Doosra, in reality, its inventor is another Pakistani cricketer Prince Aslam Khan.

Doosra has been adopted by many famous bowlers, including Muttiah Muralitharan, Harbhajan Singh, Shoaib Malik and Said Ajmal. At the same time, some players (for example, Johan Botha and Shane Shillingford) were forced to abandon its execution because it was difficult for them to maintain the necessary balance and the allowable angle of the arm at the time of serving. This is because Doosra requires a special grip, which is not convenient for all players: to spin the ball from Leg side to Off side, the player must use not the index and middle fingers but the index and ring fingers. In addition, it is recommended to aim Doosra strictly between the Middle-stump and Off-stump lines to increase the likelihood of the batsman going out.

Sackler Mushtak has repeatedly stressed that this technique needs further improvement. Unsurprisingly, even the most skilled bowlers have not escaped accusations of breaking the rules during the Doosra. A striking example is the report of referee Chris Broad, drawn up in 2004 following the Australia – Sri Lanka match results. It stated that the hosts’ bowler, Muttiah Muralitharan, bent his arm at an angle exceeding the allowable 5 degrees at the time of the serve. To avoid further proceedings, Sri Lanka Cricket recommended the player to abandon Doosra, but the story did not end there: the ICC made several changes to the regulations a year later, allowing the spinners to bend their arm at an angle of up to 15 degrees.

Interestingly, despite all this, some countries have decided not to train young Doosra spinners. So, in 2009, a large summit was held in Australia, which was attended by many ex-bowlers who made their careers at the test level. After long debates, it was decided that the risk bowlers take when playing Doosra should not be included in the basic arsenal of local players.

It is interesting: Teesra’s second name, Jalebi, is used primarily by Indian commentators. The fact is that the trajectory of a correctly executed serving of this type is similar in shape to a popular local dessert made from long strands of wheat dough rolled into nests, fried in ghee oil and poured with either rose water or sugar syrup.

You can bet on your favorite team with PinUp promo code.