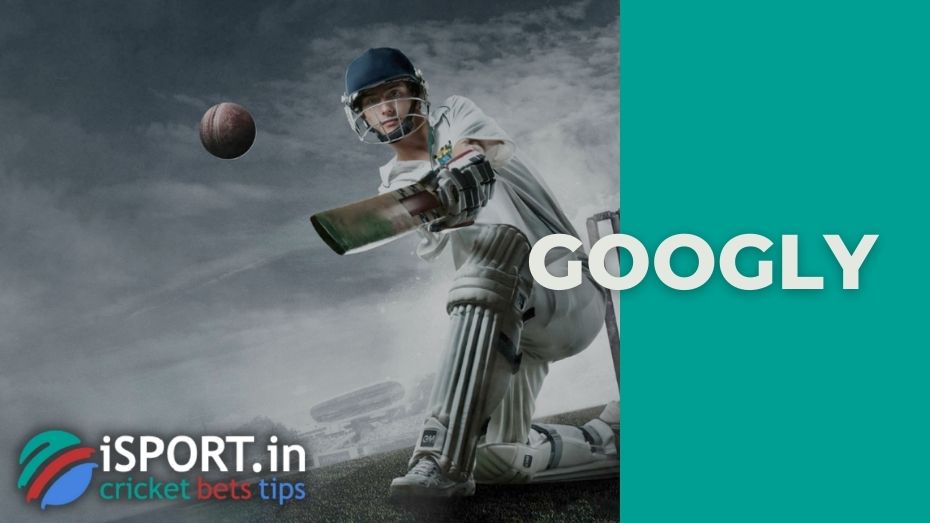 The main pleasure in cricket is watching how a bowler tries to “deceive” a batsman using various techniques when serving. This constant pursuit of beautiful throws of the ball and attempts to outwit the opponent leads to the fact that a variety of serving techniques are being developed, one more difficult than the other.

In this article, we will talk about the Googly technique. Experienced bowlers will probably say that you need to have the tremendous skill to perform this serve, and they will be right. The beauty of Googly lies in masking the throw when confusion is introduced into the game of an unsuspecting batsman. All the details about this unusual term are in our material.

Googly: what is it

In very simple words, Googly is a type of throw in which the ball’s rotation causes it to deviate sharply towards the right-handed batsman’s leg.

While a normal leg break rotates from the leg to the left side (when playing with a right-handed batsman), Googly rotates from the other side, from off to leg, in a right-handed batsman. The bowler achieves a similar effect by sharply bending the wrist from the normal position when performing a leg break. When the ball is rolled out of hand (from the side next to the little finger, as in a normal leg break), it comes out with a clockwise rotation (from the bowler’s side).

Experienced batsmen can notice a change in the bowler’s wrist movement, but a well-implemented Googly is successful in most cases. The batsman expects the ball to move as with a normal leg break, and as a result, it bounces completely in the other direction, reaching its goal. 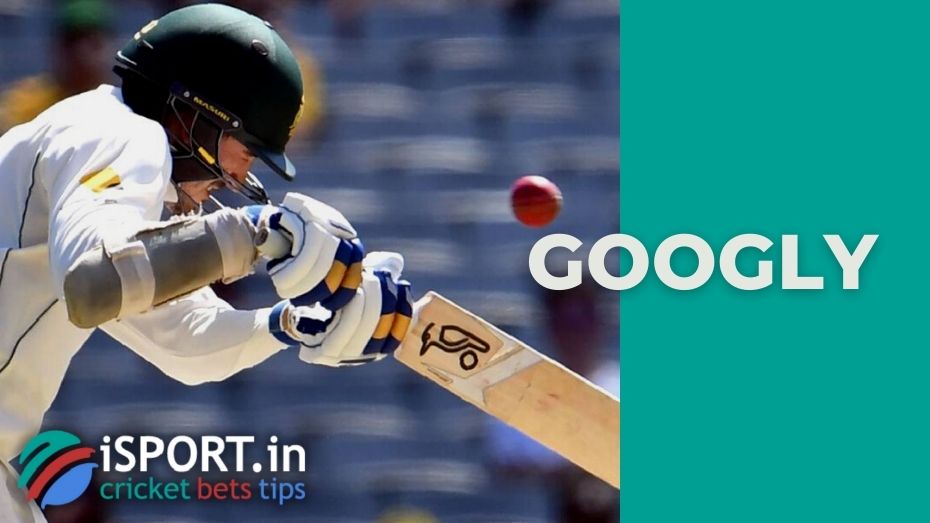 Googly: the history of the origin of the term

The creation of the Googly technique is attributed to the English bowler Bernard Bosanquet. At the end of the XIX century, he developed this throw when he studied at the University of Oxford. Therefore, it is not surprising that a synonym for this serve’s name is often used among cricketers – “Bosie”.

Bosanquet said that the idea of the Googly technique came to him during a Twisti-Twosti game, during which players stood at opposite ends of the table and hit the ball on the tabletop, trying to prevent the opponent from catching it. Bernard realized that an opponent could be easily outwitted by throwing two or three balls that flew in one direction and throwing a confusing third or fourth ball in another direction.

After some time, he transferred his theory to cricket and tested it in action. Bernard Bosanquet came up with a preliminary version of Googly, and its use in practice was not long in coming. As planned, the deception left the batsman perplexed, and the ball reached the wicket. Subsequently, the athlete spent years perfecting his new bowling technique. It is not surprising that he became the first athlete in the world who managed to effectively use this throw: with his help, Bosanquet, playing for Middlesex, outwitted Samuel Coe from Leicestershire. This happened in 1900.

According to the Oxford English Dictionary, the origin of the name of the Googly throw is unknown. Moreover, many cricketers continue to use the word “Bosie”. However, Googly is considered an established term in the world practice and is used as an official concept.

Googly: the technique of performance

It takes a lot of practice to perform Googly correctly. This is a very difficult technique that requires certain physical skills. It is difficult for novice bowlers to implement it; for them, the hands and fingers movements when performing Googly seem unnatural. That is why you can achieve results only with long and persistent training.

In a text format, it isn’t easy to make it clear how to do Googly. But we’ll try. In addition, we recommend watching video instructions on YouTube, where this technique is shown in slow motion.

Now you know what Googly is. At the same time, the throw is still not fully studied; the cricketers continue to argue how to perform this technique perfectly. However, those who get an effective Googly always receive a standing ovation from the audience and the team.