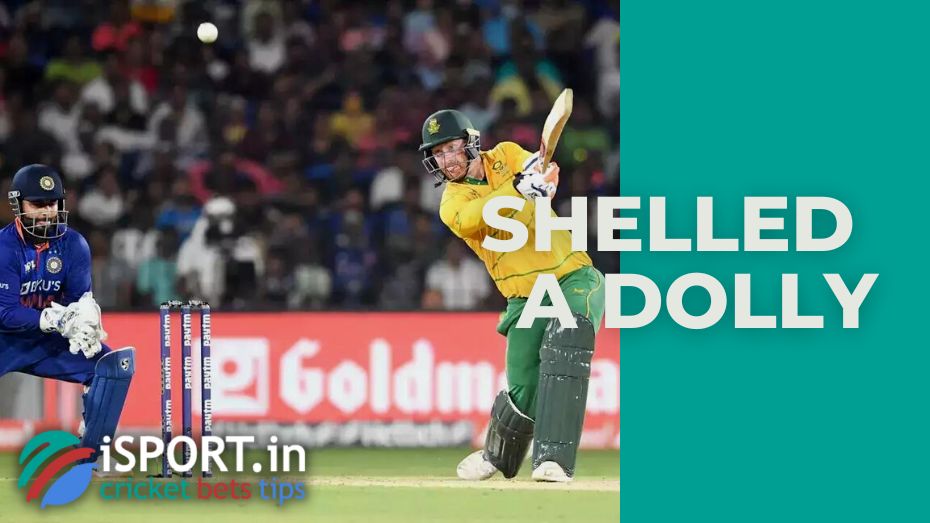 In cricket slang, the word “Dolly” refers to a situation when a player has caught the ball very easily. For example, if a batsman hits a ball, it soars into the air and is immediately caught by a fielder without allowing him to make a single run. This situation will be called “Dolly”. Read more about this term, as well as what “Shell a Dolly” means in cricket, in our article.

This term appeared at the end of the XIX century. It not only means a situation when the ball hit by a batsman is very easy to catch, but it is also usually used if this opportunity was missed. For example, you can often hear such a comment: “The fielder has dropped an absolute dolly”. This expression means that the throw that the child could have taken was missed.

The term was widely used in 1993 when Englishman Mike Gatting missed an easy ball in a match against India. It was this incident that gave a kind of green light for this expression to become widespread.

What is “Shelled a Dolly” in Cricket

As we have already said, “dolly” means a child’s ball inning by a batsman, so easy that it is not difficult to catch it; the player just needs to move slightly. If a fielder misses such an easy opportunity, they say,” he shelled a dolly” about him. Synonym – dropped a dolly.

Commentators of cricket matches quite often use this term. For example, you may hear the following statement: “After player N shelled a dolly in front of millions of viewers, he was depressed for several days.”

This situation is considered very annoying for the player and for his team because the opponent gets the opportunity to earn runs.