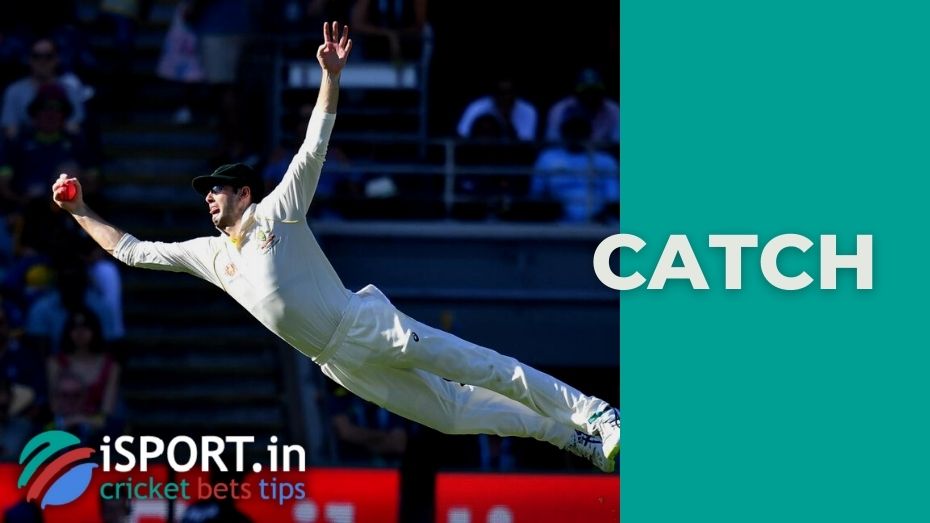 Today in cricket championships, there are different ways to exclude the batsman from the game. To do this, the player needs to catch the ball when the bat hits it correctly. The most common removal of a batsman is when an outfield player catches the ball immediately in his hands, without it bouncing off the ground. Then the batsman is caught. There are, of course, other ways in which a batsman will end his game. Read more about this in our prepared material.

There are two main tasks in professional cricket:

So the term catch refers to the second task. Catch, try to catch – these are all synonyms for the catch. When the batsman hits the ball, the outfield players have a chance to catch. To do this, they can use both one and two hands before the ball touches the ground, but nothing else. In turn, only the wicket-keeper (also applies to field players) is allowed to use gloves during the ball’s flight. If the outfield players can catch before the ball touches the ground, the batsman is considered caught. 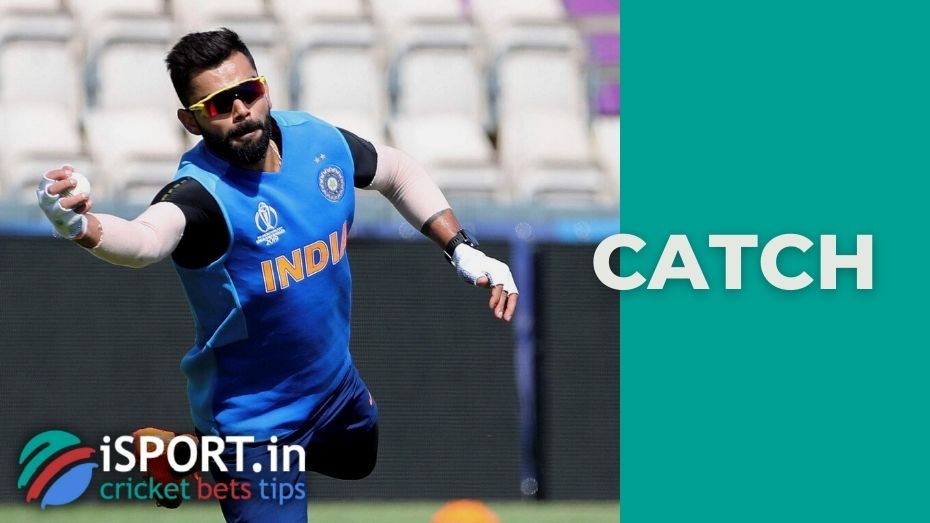 Caught in cricket means the current batsman stops hitting and leaves the field (he lost). As noted above, if the fielder catches the ball upon hitting the batsman before it hits the ground, the batsman is considered caught.

It is very rare in a cricket competition to get caught and bowled. This happens when the bowler throws the ball to the batsman, and he catches it on a bad hit. Indeed, from the words, it seems that caught and bowled is a very difficult catch.

It is logical to assume that the easiest way to exclude the batsman from the game is to take the ball to catch the batsman. According to statistics (albeit not entirely relevant), from 1877 to 2012, there were 36,190 such catches as caught on test matches. The ratio is 56.9% of all batsman exclusions.

At the moment, Mark Boucher, a former professional wicket-keeper from Sought Africa, was able to take 532 catches caught behind between 1997 and 2012 – this is the current world record. Unfortunately, in 2012, at one of the matches, there was an unpleasant episode with Mark, in which a bail flew into his left eye (he was without glasses and without a protective helmet). After that, the player underwent two eye surgeries and Mark Boucher ended his career ahead of schedule.

If Mark is the record holder as the wicket-keeper, then Rahul Dravid is the best caught. During the same period, he was able to catch 210 balls that did not touch the ground! This is a very decent result.

Quite often, controversial moments arise in cricket. This also applies to catches. Here is a list of when the batsman is considered not caught:

These days, if the batsman does count as caught, the bowler is credited with the wicket defended by the batsman, and the one who catches the ball is credited with the cricketer’s catch. With an obvious catch, the batsman leaves the field without argument. But when there is controversy on the part of the batsman and he is not sure that he is caught, the team appeals to the match referee. In turn, the judge has the right to use a television assistant, who, when watching a thorough video replay, will judge the episode.

By the way, until 2000, according to the Laws of Cricket, a batsman was considered caught when a fielder was in full control of the ball. In a very rough way, this meant that if a player caught him, then he must give the ball to the bowler for the next draw. For this reason, today, it is thrown up to show the referee that the field player has control of the ball(this is how the field players celebrate the rally won).

Read more useful and interesting information in the sections of our website!