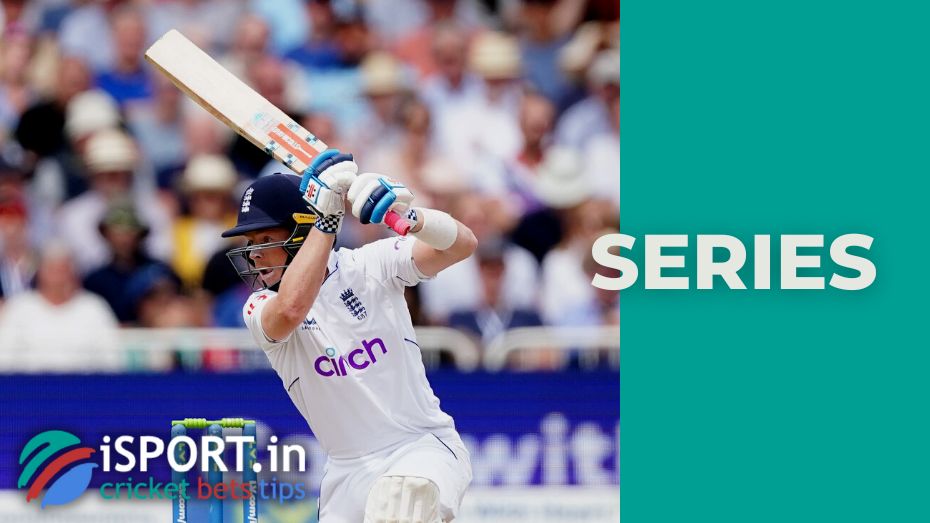 Series is a term in cricket that has several basic meanings. In the test format, it means a series of matches that take place between the national teams of two countries, and almost always – at the grounds of one of them. Exceptions are extremely rare: for example, in 1912, test matches were held as part of the Triangular Tournament (participants – England, Australia, South Africa), and the Asian test tournament twice brought together the national teams of India, Pakistan, Sri Lanka and Bangladesh (seasons 1998-1999 and 2001-2002, respectively).

In the early stages of cricket development, the number of matches in one test series could range from one to seven. Until the beginning of the 90s of the last century, the standard Series was organized by two cricket councils, and the inviting party was responsible for judging, which had to invite competent referees.

However, as the game developed, the rules became more complex, and the audience’s interest in test cricket grew; more and more countries joined, each of which claimed a stable place in the schedule. Thus, it was decided to create a special rotation system in which each of the ten participating countries takes turns playing with competitors during a six-year cycle, after which the trophy is awarded to the one who took first place in the standings.

Currently, the ICC is directly involved in the training and provision of umpires: in 2002, an elite pool of eleven umpires was created, in addition to which the council also organized an international refereeing pool, where each of the participating countries sends three people. As a rule, elite umpires serve almost all test matches, except for those that take place in their home country.

In a wider sense, the Series also refers to the format of cricket competitions. At the international level, there are three main Series:

All Series are conducted in accordance with the rules and regulations approved by the International Cricket Council (ICC), which also delegates officials to accompany the matches.

The Test-Series is the oldest of the formats, approved in 1877. The games last five days and include two innings each. This Series is considered a kind of the pinnacle of cricket because it allows teams to prove their professionalism, endurance and technical savvy. The leader of the test rating receives a million dollars in prize money, and the next three teams also receive certain sums of money.

ODI is a more “calm” format. Officially registered in 1971, it gained popularity two decades later. Matches in this Series consist of one inning with 50 overs for each team. In the ODI, the main ICC tournament, the Cricket World Cup, is held every four years. In addition, this format also hosts the Champions Trophy, which is attended by the eight highest-ranked teams, the Women’s World Cup (every four years) and the U-19 Youth World Cup (every two years).

The T20I is the youngest of the Series, introduced in 2007. This is a shortened format of the game, which provides only 20 overs per team. A standard match lasts no more than three hours and is very popular due to the game’s high intensity and the dominant role of bowlers. The main tournament of this Series is The ICC World Twenty20. In 2009, it was supplemented with women’s competitions, which are held simultaneously with men’s.

This is interesting: one of the most famous test series, The Ashes, owes its name to a joke published in 1882 in the newspaper “The Sporting Times”. After the first ever victory of the Australians at the famous The Oval, the journalists of the publication wrote: “English cricket is dead, and its remains will be cremated and brought to Australia.” Soon, the captain of the British, Ivo Bligh, vowed to “bring this ashes home.” Thus, the first return series of matches in Australia was called The Ashes, which soon went down in history.