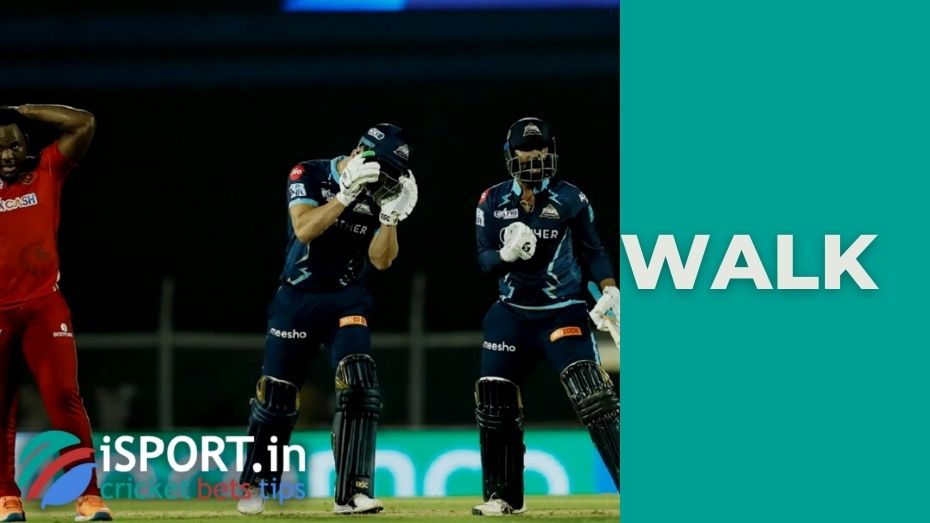 Walk means the physical departure of the player from the wicket. This action assumes that the batsman has agreed that he is knocked out without waiting for the referee to confirm it officially. In the past, this phenomenon was considered a common practice, but now players are trying to adhere to a set of rules to avoid unreasonable warnings.