Pick of the bowlers 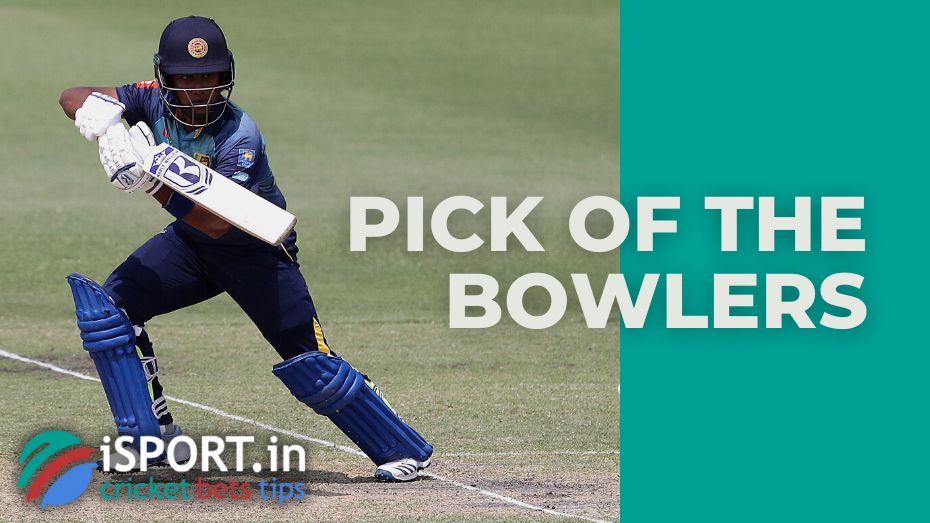 When we say the word “sports”, we mean competitions; when we say the word “competitions”, we often mean sports. All athletes compete with each other in who will jump higher, do more, bring more points or hit more balls. Cricket, of course, is no exception. Here, players, batsmen, bowlers, and fielders strive for the highest achievements and the best results, competing with their opponents and themselves. The term pick of the bowlers denotes the best bowler since, of course, the best and worst players are also ranked in this position.

What is the pick of the bowlers in cricket?

This is the name of the bowler who performed the best during the innings or the whole match. Less often, this is the name of the best player in the team, in history or even in the country. For example, if you hear someone say, “He has been the pick of the West Indian bowlers”, you can be sure that here we are talking about a player who is in the first place in the rating of bowlers playing for the West Indian national team in a particular match.

According to what criteria is the rating of bowlers compiled

So, the pick of the bowlers is a player who has shown the best results in the bowler position. Even though the sport is the sphere of objective results and clear criteria for winning, losing and scoring points, opinions differ on who should be considered the best bowler. Because the evaluation criteria can be different: the number of wickets taken, the number of matches played, balls served, bowling average, taking into account one of these indicators or all at once in the test format, in the ODI or Twenty20 format. Sometimes the personal opinion of the person who makes a list is of great importance.

Examples of determining who is a pick of bowlers

Wisden Cricketers’ Almanack created a set of Wisden 100 lists, which included the 100 best individual performances in the innings of the Test and ODI format in batting and bowling. For test cricket, the list was compiled in 2001; for ODI – in 2002. To compile these ratings, not only individual numerical indicators were taken into account, but also such important characteristics as the level of the opponent, the quality of the field, the result of the match and the player’s contribution to achieving this result.

These players, of course, were the pick of the bowlers for their teams at the end of the innings and the match, the achievements in which allowed them to get into the top of the best players in the world.

Of course, the Wisden 100 rating is just one of many existing ratings in the world, although it was compiled by quite authoritative people who are well versed in cricket.

The ICC maintains its own Best-Ever Test Bowling rating, which includes players who have shown outstanding results for the longest time. In the first place in this rating is Sydney Barnes, a player from England with a rating of 932. He played test cricket from 1901 to 1914 and, according to many, is still the pick of the bowlers of all time.

But in the All-Time ODI Bowling Rankings according to the ICC, Joel Garner from the West Indies leads with a rating of 940. In 2010, Joel was included in the ICC Cricket Hall of Fame.

Ratings of the best players of all time are certainly important, but for bowlers, the results are summed up after each match and after each innings, so, as a rule, the term pick of the bowlers is called a cricketer only after a specific game. For the overall world ranking, this term is used much less often.