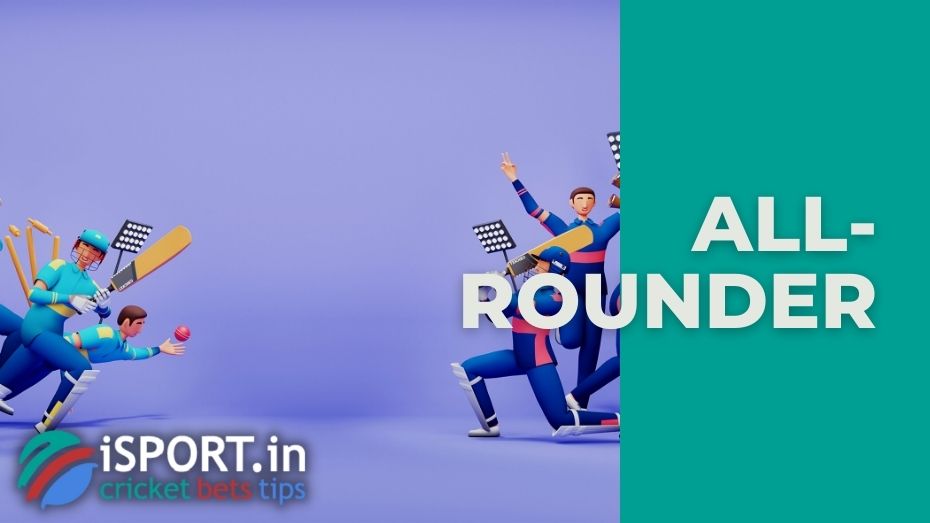 Generalists are appreciated in any field of activity. In cricket, there is a bowler, batsman, wicket-keeper. But if a player can perform batting and bowling functions well, then he is called an all-rounder.

As in football, cricketers can play in different positions in training. Another thing is that in official matches, everyone strives to act where they feel most confident. So on our website, citing biographies of the most famous players, we often divided players into bowlers, batsmen, wicket-keepers. Theoretically, in cricket, it is allowed to use the term all-rounder about a player who is both a good wicket-keeper and a reliable batsman. However, more often, the expression “wicketkeeper-batsman” is applied to such players.

In both cases, the use of terms is subjective. There are two versions:

The main thing that people from the cricket world agree on is the undoubted benefit of all-rounders for the team.

All-rounder: who becomes one?

There were vivid examples of strong bowlers at the end of the last century who could be called all-rounders. Bowler Malcolm Marshall from the West Indies was called a “useful lower-order batsman” or “a bowler who bats a bit” because he averaged less than 19 points per match in his career. At the same time, he had a streak: in 107 innings in a row, he scored more than 10 points. Among the batsman in the 80s of the 20th century, Allan Border from Australia stood out. At the same time, he took 11 runs from 96 runs in the match of the Australian national team against the West Indies. Border made good use of a left-handed spin throw against an opponent.

In cricket, especially for women, there are not many all-rounders because players reach their best playing positions at different times:

Ali Bacher was the South African national team captain in the 60s and 70s of the 20th century. After completing his career, he worked as a coach for his national team. In 1992, Bacher proposed using the video-review system in cricket, without which it is difficult to imagine this sport now. In 2013, he presented a statistical analysis, based on which it can be concluded that before the 2013 season, only 52 real all-rounders played in cricket.

Ali Bacher considers Garfield Sobers, who played for the West Indies national team from 1953 to 1974, to be the best all-rounder in history. In 2021, Sobers celebrated its 85th anniversary. Since 2009, he has been a member of the ICC Cricket Hall of Fame. Garfield started his great career as a bowler but later became an all-rounder. In 1958, in a match against Pakistan, he brought 365 points to the West Indies national team. This record was held until 1994 when it was broken by Brian Lara (also played for the West Indies). 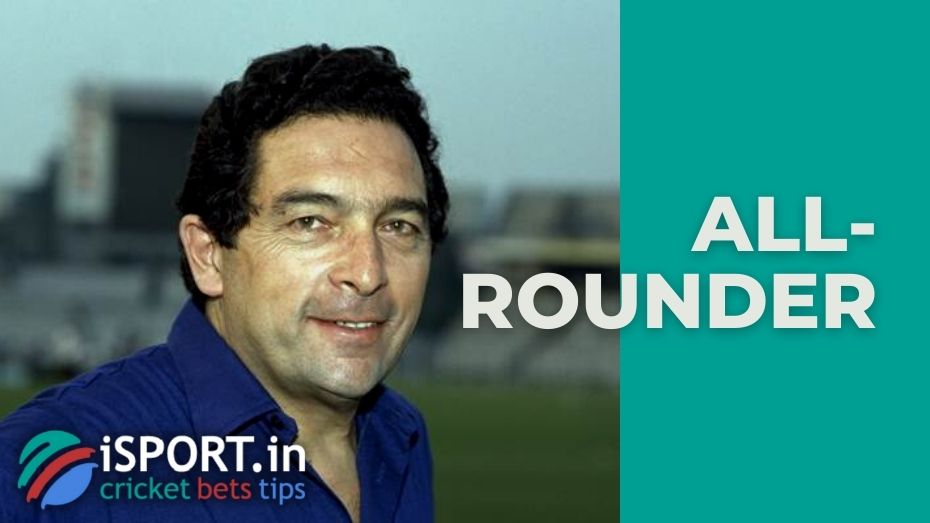 There are several cases in cricket history when the all-rounder has been written and talked about a lot. For the first time, W. G. Grace from England received great attention. In 1873 he made a double: 1000 runs and 100 wickets in a season. In 1876 Grace confirmed his achievement. In the 1882 season, the double was won by C. T. Studd. George Herbert brought cricket to a new level, who in 1906 made a double double: 2000 runs and 200 runs per season. In the same season, Herbert scored a century in one match and 5 wickets in one match, which was considered a unique achievement. Later, even more significant records were set:

In 2015, Shakib Al Hasan from Bangladesh became the first player in cricket history to top the rankings in all three formats. Now Al Hasan continues to play for the national team and is a Kolkata Knight Riders player who is represented in the Indian Premier League.