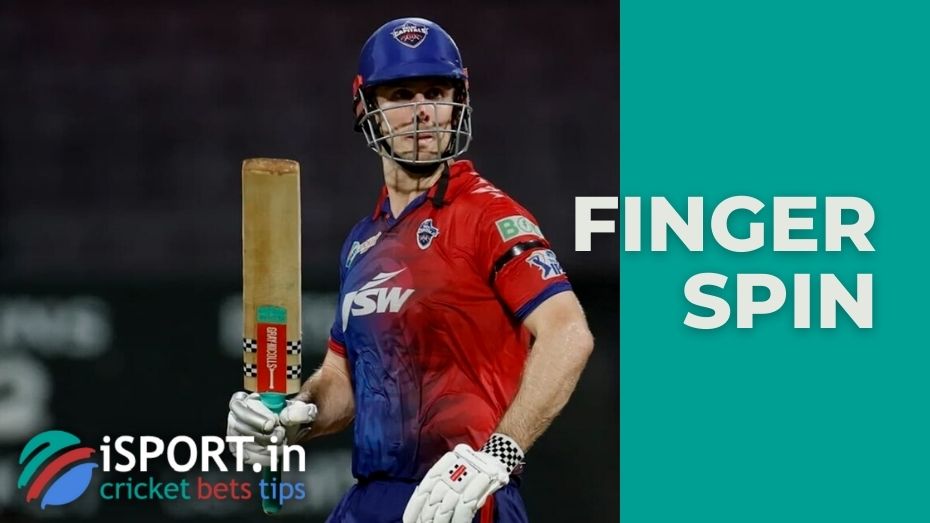 In this article, we will describe a pitch called the finger spin. In cricket, such throws are used very often. Some types of innings have appeared in cricket for a long time. Read what delivery methods are available with finger spin. We also present the first and most popular players associated with these serves.

Bowling in cricket is one of the most important actions in the game. The player who serves the batsman is called the bowler. The process itself is bowling. Today, there are many options for the execution of serves. We will try to disassemble the throws called finger spin briefly in this article.

In fact, the name finger spin is not entirely correct; the fingers in such serves do not spin the ball. The throw will be justified if the bowler’s hand is turned towards the batsman, and the ball is securely held in the palm of the hand with the index and middle fingers (which also look out towards the throw). If you hold this hand position until the throw, your fingers will naturally twist the ball, and it will begin to rotate towards the clock side (for a right-handed bowler).

You can also add extra spin to the throw. It is necessary to work as actively as possible by turning the hand at the very release of the ball, plus bend and unbend the wrist. Two simple steps will increase the spin effect. By the way, the slower the bowler serves the balls, the more he must spin the ball because, at low speed, it is necessary to spin the ball better to maintain the same rotation speed.

Basically, it doesn’t matter if you are left-handed or right-handed; the finger spin is performed in the same way. However, it is customary to separate such bowlers since the direction in which the ball flies after rebounding from the pitch is different:

Off-spin is a form of finger spin throw. A bowler who uses this pitch is called an off spinner. With such throws, the ball rotates from left to right and, upon contact with the ground, also changes its trajectory with a sharp rebound to the right side. Muttiah Muralitharan is one of the most famous players to hit more wickets with off-spin.

The left-arm orthodox spin is exactly the same throw, but only with the left hand. The rotation, in this case, occurs from right to left (from the side of the bowler). With a right-handed batsman, the pitchers try to drift the ball in the air. Rangana Herath and Daniel Vettori are considered one of the best bowlers in modern times, who knocked out many wickets with the help of the left-arm orthodox spin.

In addition, there are other types of finger spin feeds:

Let’s also introduce some other elements for a good finger spin:

By the way, one of the most famous finger spin players was the Englishman Derek Underwood. Since 2009, he has been inducted into the ICC Cricket Hall of Fame.