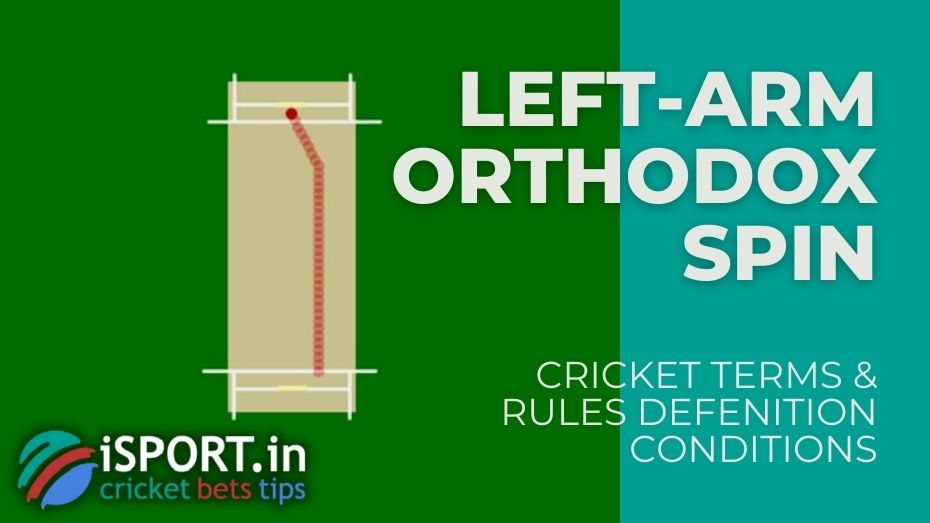 The main variations of the left-arm orthodox spin serve are considered topspinner (turns less and bounces higher), the arm ball or floater (does not turn and drifts in the direction of the right-handed bowler), as well as the doosra version of the left-arm spinner with a turn in the opposite direction.

Among the players who have achieved the greatest success in this area are Rangana Herath, Daniel Vettori, Derek Underwood, Bishan Singh Bedi, Ravindra Jadeja.

The Left-arm orthodox spin is a very important person, a lot depends on him. Read more information about cricket in our section with cricket terms.

Left-arm orthodox spin: what you need to know