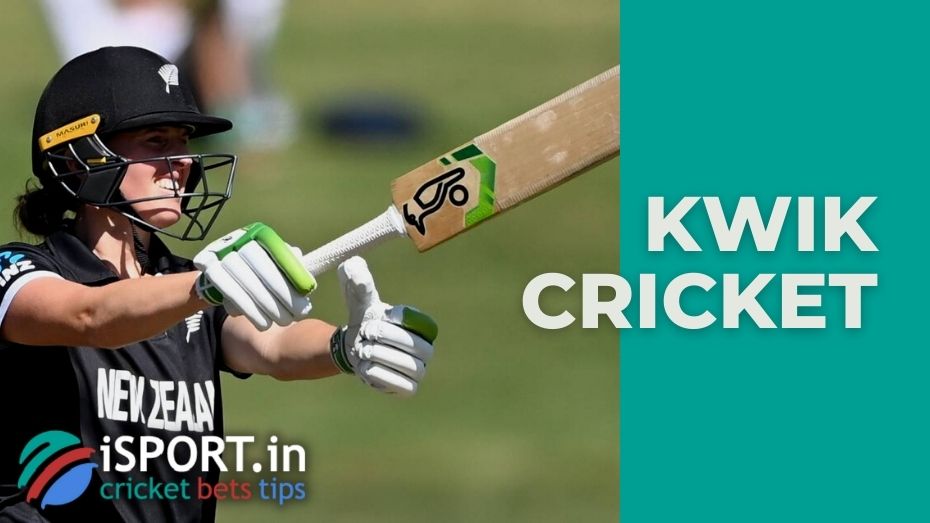 Kwik cricket is a high-speed version of cricket, and the main purpose is to encourage children to play sports. The emphasis, in this case, is on participation itself and getting pleasure from the game, the unofficial motto of which is “Success for everyone”.

Most of the Kwik cricket rules are adapted from traditional cricket. But there are several differences: first and foremost, the game is played with a plastic bat and a ball, which should protect the little participants, preventing possible injuries. Secondly, the field’s boundaries are marked with special plastic cones, which also limit the maximum possible throw distance.

At the same time, the rules of Kwik cricket are not rigid and immutable: if necessary, they can be changed in such a way that the maximum number of children can take part in the game. It is also allowed to change the size of the field, the width of the gates, increase the distance between them, expand or, conversely, narrow the crisis, and so on.

There are several varieties of Kwik cricket. So, in particular:

Australia and New Zealand have their own Kwik cricket varieties – Milo Kanga and Milo Kiwi, respectively. In general, the differences between them are not so great, although the British version is considered less formal.

So, there is a rule of fixing the ball with one hand in Australian and New Zealand matches, which leads to the removal of the entire team, and the role of field limiters is not cones but the nearest landmarks on the ground. However, the local version of the Kwik cricket cones is still used: they are installed about a meter from the batsman’s right and left feet, and tennis balls are placed on them. If a No ball, Wide or Dead ball was recorded, the batsman gets the opportunity to strike a so-called free kick from one of the cones. In this case, fielders are not allowed to start moving until the batsman hits the ball.

Although team coaches may agree on changes to the organization of the playing space even before the match, some of the rules of the local version of Kwik cricket remain unchanged, in particular:

Kwik cricket is widely practiced in schools in the UK and Wales. Any independent educational institution may participate in local competitions on behalf of their school district with prior approval from the County Cricket Board. Matches are regularly held among students of the sixth, fifth and fourth years of study.

If desired, local teachers can take special courses, which will allow them to teach students how to play cricket in the future. And although children are not allowed to speak on behalf of the clubs, the CCB strongly supports the organization of local competitions.

It is interesting: the standard duration of a Kwik cricket match is eight overs.