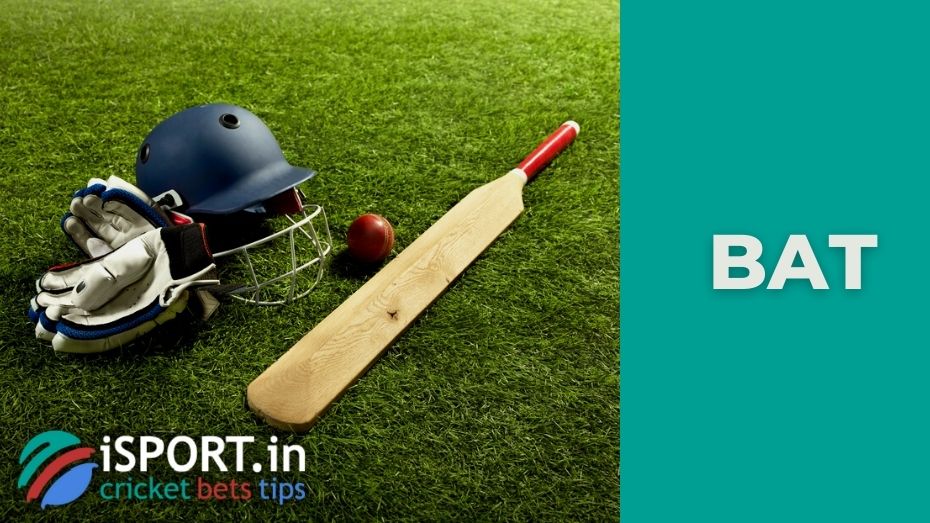 Bat is an integral part of the game of cricket, and it is with its help that the player hits the balls sent by the bowler. Different bats are used in cricket, and at the same time, they must meet certain standards in this sport.

The cricket museums have preserved the bat, which was played in 1723. It differs from modern analogs. In the 18th and 19th centuries, there was no special competition between bat manufacturers, but it appeared in the second half of the 20th century. In 1960, the first models of shoulderless bats from Slazenger were created, which allowed redistributing most of the weight to the “sweet spot”. At the same time, the cricketers could hit the balls harder but maintain balance and clarity in their movements. Lance Cairns from New Zealand is especially remembered for his game with the new bat.

A few years later, the company Warsop Stebbing (its central office is located in the UK) introduced double-sided bats. Competitors Slazenger and Warsop Stebbing did not stay away and came up with their own options:

Bat: what is it made of?

A cricket bat resembles a flat bar. On the struck side, it has no roughness, and on the reverse side, there is a small ridge. Varieties of white willow are used for the production of the bat. The wood is treated with raw linseed oil for protection. The cricket willow (Salix alba var. Caerulea) gained special popularity. It is very strong, does not bend and does not split when hit. The front side of the bat is often covered with a protective film.

The blade bat is connected by a long cylindrical handle of the cane with a joint. Everything is similar to the racket that is used in tennis. This form of bats in cricket appeared in the 80s of the 20th century. This design was invented by Charles Richardson, a student of Brunel — one of the major figures in the history of the Industrial Revolution. Previously, spliced handles were popular in cricket, but they often broke at the junction.

Now the production of bats is concentrated in India and Pakistan. A few points remain in England, Australia, and New Zealand, but bats are made mainly for domestic use in these countries. 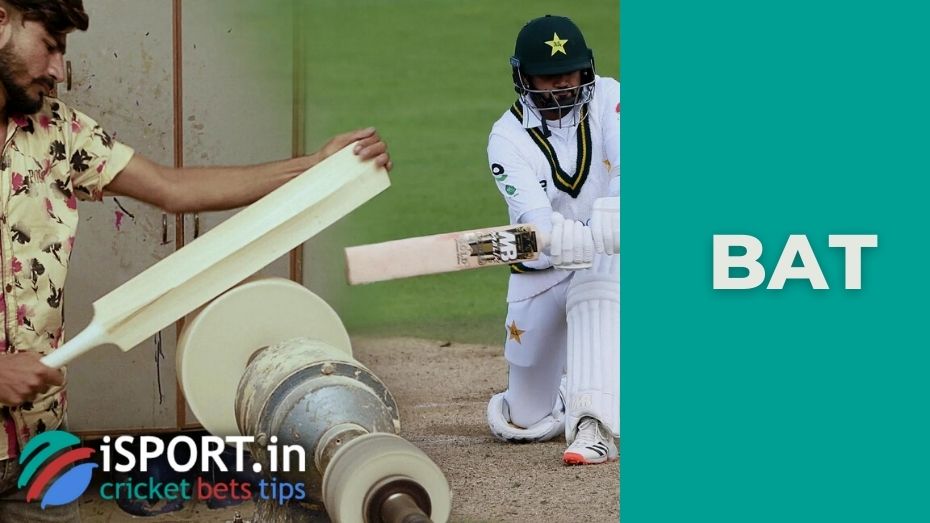 The exact dimensions of the bat used in cricket can be found in 5 of the Laws of Cricket:

The bat’s weight in cricket is not regulated, but shells of 2 lb 7 oz to 3 lb (1.2 to 1.4 kg) are usually used. The rules regarding the bat’s size were formulated in 1771 and still remain unchanged on the main points. Recently, umpires have been supplied with bat meters, with which they can check the bat at their discretion at any time.

Bats are divided into three types by age categories:

Bats in cricket must be pre-processed. If you immediately come to the field and start hitting the ball, then there is a high probability of damaging the bat. To begin with, it is better to practice the bat on old balls or knock it down with a special hammer. Also, cricket experts immediately advise treating the wood with raw linseed oil. In addition to the protective function, the athlete will be able to control the ball better.

Some organizations make bats similar in shape to those used for playing cricket. However, these shells are too large and do not pass according to the rules. A bat with a length of 15.627 meters is listed in the Guinness Book of Records. It was produced by the Classic Mall Development Company, whose central office is located in Chennai, India. There are still some giant bats in the world:

Bat is important in cricket, and it is necessary to devote a lot of time to its selection to achieve high results on the field.