Yips: all about this sports term 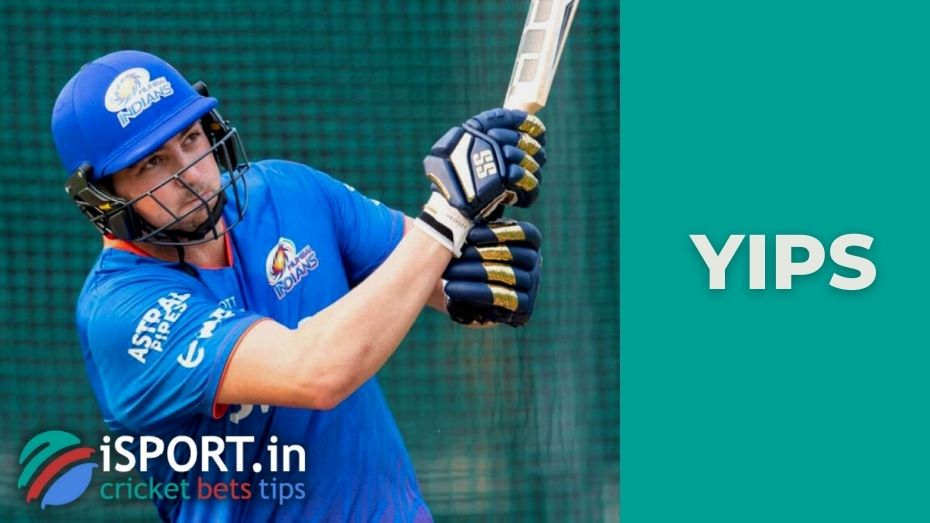 Cricket is not only a set of complex rules, the ability to serve the ball and hit it beautifully. There is also a place for interesting and very strange phenomena that can periodically manifest themselves. One of them is yips. This term can be attributed to the psychological sports terminology since its manifestation is very strange and does not depend on the player. Perhaps many people will be surprised that yips exists at all. However, even if rarely, it manifests itself in athletes, because of which their career may come to an end. Read more about this unusual phenomenon in this article.

Yips: what is it

Before you understand how yips manifests itself in cricket, you need to understand what kind of phenomenon it is in general. We will tell you briefly and in simple words:

Yips is a sudden and unexplained loss of the ability to perform certain skills, which is manifested in experienced athletes.

It sounds strange, doesn’t it? However, history is full of examples when athletes suddenly had yips. The symptoms of this phenomenon are manifested in the loss of fine motor skills, as well as in psychological problems that affect muscle memory and the ability of an athlete to make a decision. As a result of all this, he cannot perform the basic skills of his sport.

Sometimes yips can be cured. The treatment method includes clinical sports psychological therapy, rehabilitation of physical actions. This phenomenon can manifest itself both in the short term (until the athlete regains his composure) and for a long time when a long course of correcting the technique is required until it is fully restored. In exceptional cases, yips do not leave at all, and the athlete is sometimes forced to give up a sports career.

Yips in cricket and examples

In cricket, the concept of “yips” mainly refers to bowlers, and, oddly enough, it manifests itself mainly in left-arm spinners. This problem is due to the fact that bowlers lose the ability to release the ball at the end of the innings correctly. Here are two real examples:

As you can see, the manifestation of this psychological phenomenon in cricket is quite real. And not everyone can get rid of yips and continue their sports career after that.

Yips in other sports

Yips is a phenomenon that is typical not only for cricket, but also for some other sports. We tell you about some of them:

Of course, yips is also present in other sports (for example, basketball), but it is most often manifested in the above–mentioned ones.