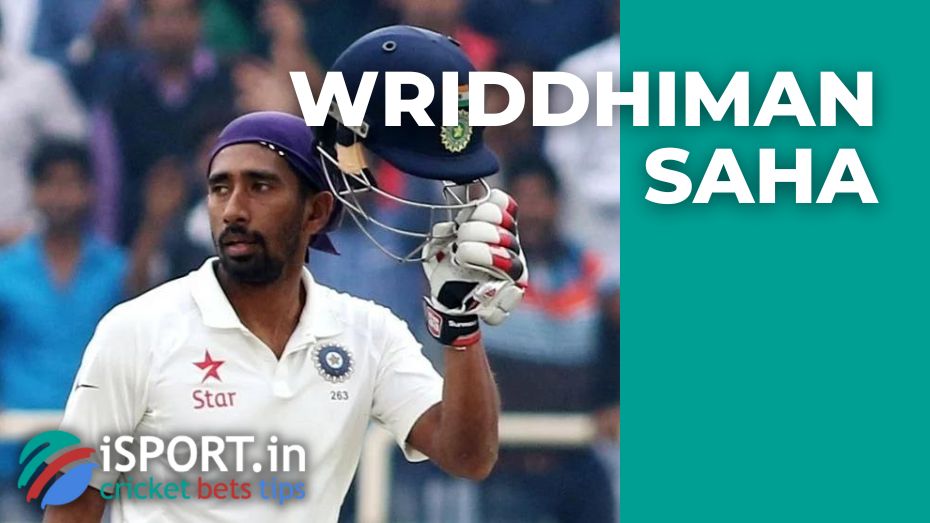 The postponed fifth match of the England-India test series, which was supposed to end last year, began on July 1, 2022. The fifth contest in the test format ended with a victory for England and a final draw (2-2) within the series. Some substitutions in the squad could likely help the India national team to prove themselves better: Wriddhiman Saha hoped that he would be called up for a test match with the England national team.

“I think if I had been called up to the national team for a test match with England, everything could have been different. I think I could help India,” said Wriddhiman.

It should be noted that the last months for Wriddhiman turned out to be very contradictory: Saha became a participant in several unpleasant stories, but at the same time Saha won the Indian Premier League with the Gujarat Titans at the end of May.

At some point, it seemed that Wriddhiman, who can safely be called a veteran of cricket turned 37 years old — will not be able to return to a high level. However, Saha, whom many have already written off, managed to surprise the experts and start a new round in his career.

Saha understands the decision of the selection department

Wriddhiman noted that he did everything possible to get into the India national club for the postponed test match with India, but his efforts were not enough. However, the player did not criticize the work of the leadership of the India national squad — Saha said that he understands the decision of the selection department of the national team.

“I could have been useful for the club, but the selection department decided otherwise. However, I want to say that I don’t hold a grudge against anyone — I fully respect the decision of the specialists: they do their job, and I just can’t condemn them,” said Wriddhiman Saha.

Recall that the test confrontation between the national teams of England and India, which took place at the beginning of July this year, ended with the English triumph. This victory allowed the British to get a draw within the entire series as a whole.

Saha became one of the main links in the roster

It should be recalled that earlier Saha was very disappointed that his commitment to Bengali cricket was questioned by CAB Secretary, Debabrata Das.

“When Das made these comments, I asked Avishek Dalmiya to stand up for me, but nothing happened: CAB did not take any action, and some even supported criticism of me. I never thought that I would ever have to leave Bengal. But when I didn’t get any response from CAB, I felt like I had no connection left with the management. I have always been involved in cricket with great passion and dedication, so this incident caused me very serious pain,” Saha said.

It should be noted that the veteran of Indian cricket looked very cool in the Gujarat Titans last season: Wriddhiman played 11 confrontations for his team. Saha became one of the main links in the roster of the championship team.