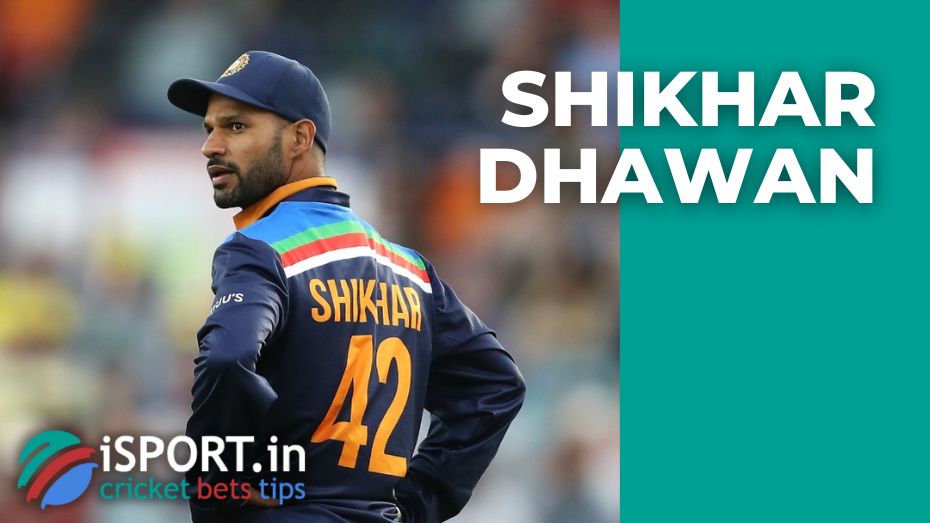 A series of fights of the national clubs of India and England in the ODI format has already started. The squads have managed to take a closer look at each other, since earlier the British and Indians played a test confrontation and 3 battles in the T20 format. The ODI series is of great importance for many players, because you need to prove yourself from the best side in the face of huge competition— Shikhar Dhawan hopes to be part of the India’s squad for the ODI World Cup 2023.

It should be noted that Shikhar has been feeling great lately — Dhawan has performed well in the IPL and the ODI format, as he himself noted a little earlier, is convenient for this experienced professional.

The ODI World Cup 2023 is of great importance for the players of the India national club, because this tournament is planned to be held in India and the Indians will clearly try to show their maximum at home.

Shikhar Dhawan himself has already commented on his current position in the Indian club. He will try to be in the best shape for the 2023 ODI World Cup.

“I understand how essential it is to prepare for the 2023 ODI World Championship. India will try to show its best cricket at the home World Cup, and I want to be part of a powerful group,” Shikhar Dhawan said.

The 2023 ODI World Cup will be held in India

The 2023 ODI World Cup will be held in India in October-November 2023. The tournament will be held entirely on the territory of India for the first time.

It should be recalled that initially the world Championship was supposed to take place in February-March 2023, but it was announced in July 2020 that the competition would have to be postponed to the fall due to a failure of the qualification tournament schedule related to the COVID-19 pandemic.

The ODI World Cup in 2019 was not too successful for the India national squad — India, being one of the favorites of the entire event, sensationally lost to New Zealand with a handicap of 18 runs at the semifinal stage of the event.

Dhawan is a fairly old player

It should be noted that Dhawan is a fairly old player — Shikhar is already 36 years old. The player notes that he can bring the maximum benefit to the India national squad: Dhawan should be helped by his vast experience in performing at the highest level.

Earlier, Rahul Dravid noted that his club should become an excellent fusion of youth, skill and experience. The specialist who holds the position of the head coach of the India national team is very glad that there are experienced players among his wards who can hold high-quality matches of major events.

“India has a very good squad, and I am glad to have an opportunity to work with this team. We have to show that the India national squad can dominate the world stage. And we need not only skill but also experience for this,” said the Indian chief.