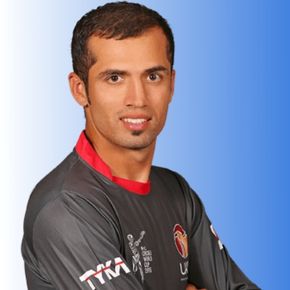 Rohan Mustafa — a Pakistani all-rounder who plays for the UAE 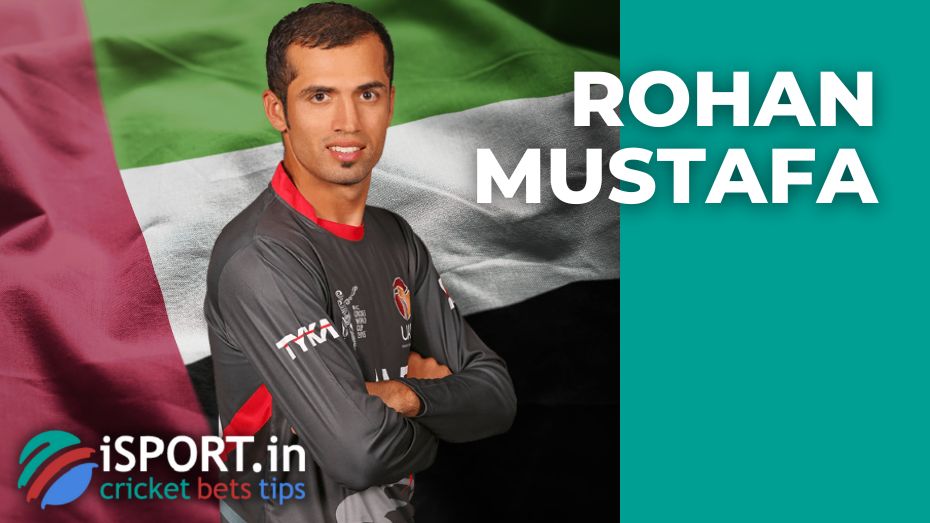 Rohan Mustafa was born on October 7, 1988 in Kohat, Khyber Pakhtunkhwa, Pakistan. When he was ten years old, the family moved to the United Arab Emirates, where they soon settled. Mustafa Sr. provided for his family by selling cars. It was he, according to the stories of the future cricket star, who helped his son take his first steps in sports:

“I was eight when I became interested in the game. I really wanted to try my hand at the field, but my parents thought that it was not safe in Pakistan. So when we got to the UAE, my father quickly helped me find the right school.”

In the UAE, Rohan entered the Sharjah Cricket Academy and achieved some success already at a young age, having received an invitation to the local U-19 national team. Despite some difficulties, he soon managed to gain a foothold in the main team.

Rohan made his T20 debut quite late, in 2018, joining the Toronto Nationals’ main squad in the first-ever Global T20 Canada draw. A season later, he signed a one-year deal with Brampton Wolves.

Thus, the track record of a player in T20 is relatively small: 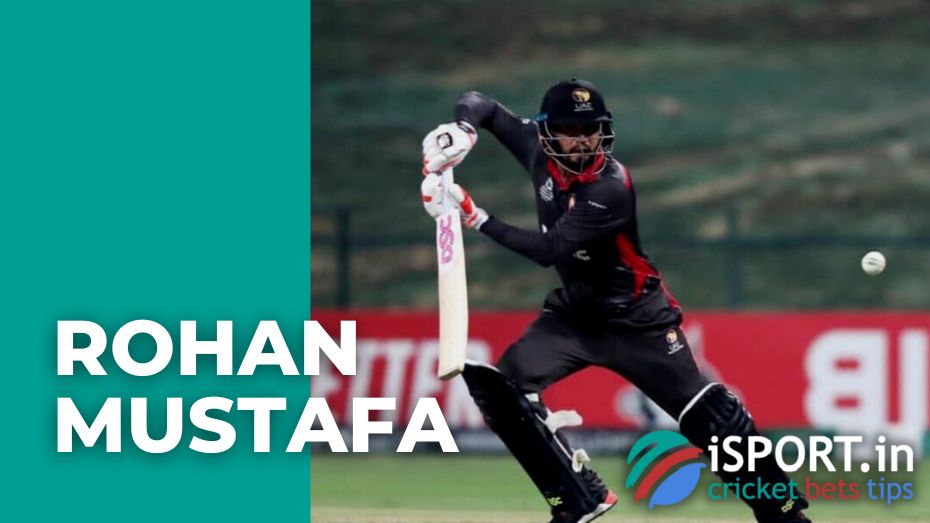 Rohan Mustafa first appeared on the field in the colors of the UAE national team in the ODI match against Scotland (February 2014). A month later, he was included in the main T20I bid against the Netherlands. After playing at the ICC World Twenty20 of the same year, Mustafa became the national team’s vice-captain.

“Here, you can see players from South Africa, the West Indies, Ireland and Afghanistan,” Rohan reasoned. – They help to raise the level of cricket in the UAE. Of course, to play well, you need to work hard, and combining training with work, as in my case, is not easy, but I believe that conscious sacrifices help to achieve goals.”

Unfortunately, Rohan soon had to face the first bureaucratic difficulties. The Dubai court banned him from entering the country due to “evasion of official duties”. The all-rounder wasted no time going to Pakistan, and it took a lot of effort, as well as the personal intervention of the national team coach Aaqib Javed, to bring him back. As a result, Mustafa’s appeal was granted, the ban was lifted, and the player himself was included in the national team for the 2015 World Cup.

In the following years, Rohan established himself as a hardworking and versatile player. As part of the qualification selection for the 2016 Asian Cup, he made an effective pair with Muhammad Kaleem, recording 77 runs in the game against Afghanistan — a record for the UAE representatives in T02I. In the same match, he took three wickets, which allowed the team to beat the Afghans by 16 runs.

In April 2017, Mustafa took his first hundred in an ODI (a match against Papua New Guinea), simultaneously taking five wickets. Previously, only Viv Richards and Paul Collingwood managed to do this. 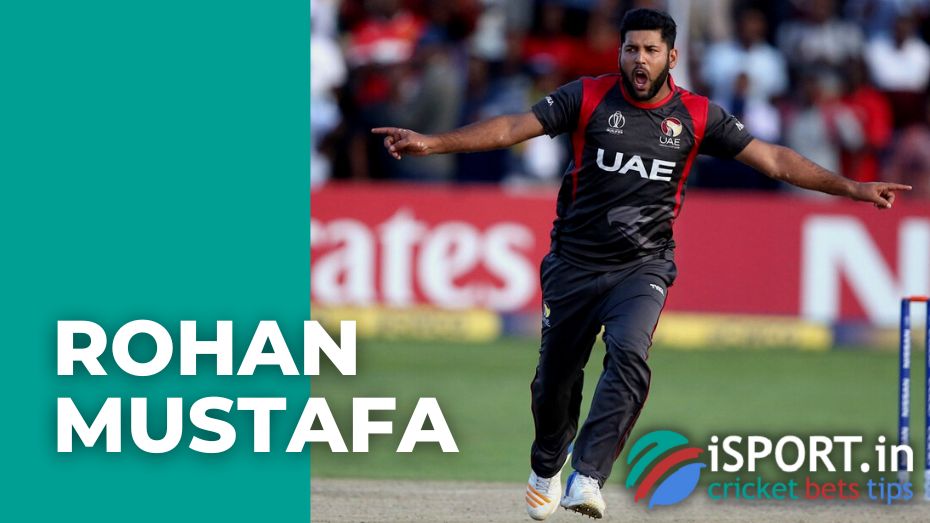 As a result, at the beginning of 2018, Mustafa led the United Arab Emirates national team in the ICC World Cricket League (second division). The player’s authority was so high that he remained in the position of captain both at the qualifying stage of the Asian Cup and at the ACC Emerging Teams Asia Cup.

Nevertheless, there was a small scandal: soon Mustafa was among the three players who received an eight-week ban for openly criticizing the tournament conditions in Karachi. Soon the guilty cricketers made an official apology to the PCB, the incident was settled, and Rohan was able to return to the location of the national team.

The all-rounder was announced as a key player in the ICC T20 World Cup qualifying round in September. Later, he fully justified the trust placed in him, becoming the best wicket-taker of the national team in the competition, and at the end of the same year, he received a long-term professional contract from the Emirates Cricket Board.