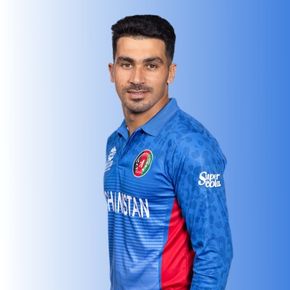 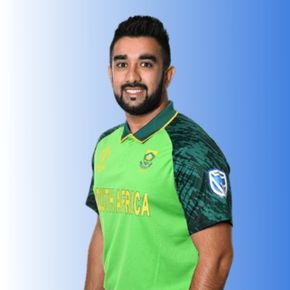 Guyana Amazon Warriors (unofficial name Warrior Nation) is one of the six teams of the Caribbean Premier League, a popular T20 competition, which was presented to the public in 2013 — based in Providence, Georgetown, Guyana. The colors of the form are green, yellow and red.

The league format has a number of local features. The CPL schedule is divided into two unequal parts: the group stage and the playoffs, consisting of two semi-finals and a final. The group stage includes ten mandatory matches for each team, and three of them are held on the home court. The latter is connected with the region’s geographical features and distinguishes the local league from other T20 competitions. The teams gather at one of the six venues, where they hold five matches in a row, after which they move to the next one, and so on. The home stadium of the Guyanese is called Providence Stadium.

In the first season of the league, the duties of the captain of the Guyana Amazon Warriors were performed by Ramnaresh Sarwan, who simultaneously led the West Indies national team. The Guyanese managed to get such famous players as Tillakaratne Dilshan, James Franklin and Lasith Malinga and sign local stars – Sunil Narine, Lendl Simmons and Denesh Ramdin. It is not surprising that with such a composition, the team won two-thirds of the total number of matches played and confidently reached the final. Unfortunately, it was not enough for the final victory quite a bit – with a difference of seven wickets, the Jamaica Tallawahs won the match. The best wicket-taker of the Guyanese in the 2013 season was Krishmar Santokie.

In 2014, Ramnaresh Sarwan was replaced by Sunil Narine. The composition of the team was also updated: Martin Guptill, Mohammad Hafeez and Jimmy Neesham joined the Guyanese. In addition, the team managed to retain local stars, which allowed them to repeat the achievement of last year, again making it to the final. However, it could not take the trophy again, losing to Barbados Tridents with a difference of eight runs. According to the results of the draw, one of the key batsmen of the Guyana Amazon Warriors, Lendl Simmons, was recognized as the best player of the tournament (445 runs).

A year later, the Guyanese finished in second place in the group and seemed quite capable of claiming the trophy again, but Trinbago Knight Riders blocked them in the semi-finals. As a result, the team finished the season on the third line, despite the presence of such stars as Thisara Perera, Tillakaratne Dilshan, Brad Hodge, Umar Akmal and others.

In 2016, Sohail Tanvir, Dwayne Smith, Chris Lynn and Adam Zampa would join the Guyana Amazon Warriors. Under the leadership of Denesh Ramdin, the team again reached the final, where they lost to the Jamaica Tallawahs, for whom this trophy became the second in history.

Subsequently, the Guyanese made it to the league finals twice more (2018-2019) and twice stopped at the second line of the standings (2017 and 2020). Despite the fact that they have not yet managed to take the trophy, the team’s players were regularly recognized as the best in their positions. So, in particular, in 2017, Chadwick Walton took first place in the batsman’s competition (458 runs), and Sohail Tanvir took the maximum number of wickets – 17. In 2019, Brandon King won the batsman’s race (496 runs), and Imran Tahir took first place in the list of the best bowlers (22 wickets).

Currently, the duties of the captain are performed by Nicholas Pooran. Johan Botha coaches the Gaians.

Guyana Amazon Warriors Warrior Nation made it to the league finals five times, but they missed the chance for the trophy each time. Nevertheless, the team’s players were repeatedly recognized as the best in the draw:

The best batsman of the Guyana Amazon Warriors Warrior Nation is considered to be Lendl Simmons (Trinidad and Tobago), who has 1029 runs on his account. Other record holders of the team include: