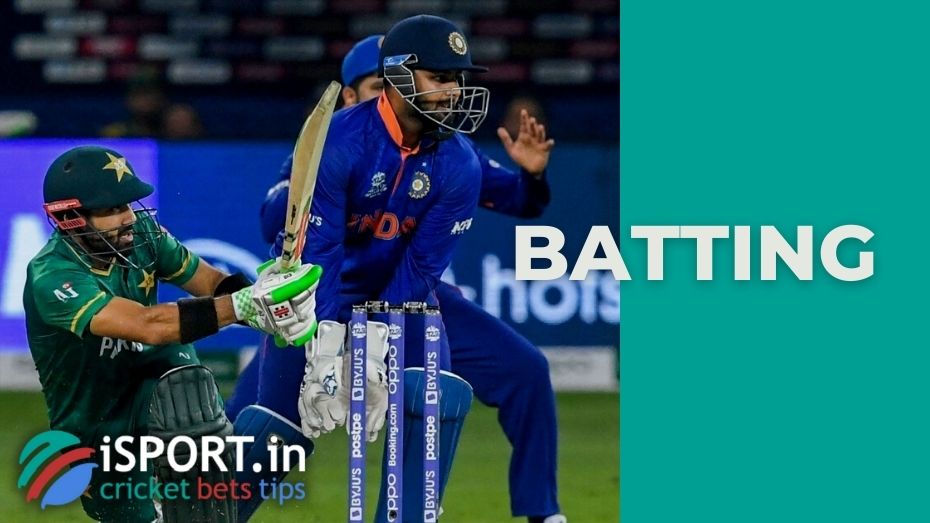 In cricket, batting refers to the ability to hit balls after the opponent’s throws. The goal of the batsman is to protect his own wicket and set runs. Players in this position must be well prepared physically and tactically. A lot depends on how well they read the opponent’s throw in a particular game episode.

When cricket was just becoming a sport, there were no clear algorithms for batsmen’s actions. They hit the ball so that only to protect the wicket. Over time, a technique was developed that most cricketers now use that. It lays down the basic rules in which stance a player should take the ball, what movements with his hands, feet and head should do when hitting. The correct technique is a set of movements, after which the cricketer, when in contact with the ball, places his head and legs on the same line and only then hits the ball.

Of course, the bowler has a great influence on how the batsman will play. The team throwing the ball can give the ball different flight paths and rotations. The reverse rotation, which the leading players of the world use, is especially unpleasant for the batting opponent. What kind of shots does a good batsman have in his arsenal? By and large, the variations available to performers of such a plan are usually divided into two categories:

The batsman has no defined boundaries for hitting. The main thing is to be in the designated area. In childhood, coaches should simultaneously develop the child’s physical abilities with the staging of several types of strikes. If he has a poorly prepared shoulder girdle, then a novice cricketer will not be able to perform well in matches where psychological pressure affects him.

The appearance of the One Day International format in cricket has contributed to an increase in the number of non-standard strikes, after which the ball flies off to the part of the field where there are no fielders. Oddly enough, experts note that strikes using old techniques are sometimes more dangerous for the opponent than those that players use now.

One of the keywords in batting is “stance”. This is the position in which the player hits the ball. The ideal stance is considered comfortable, relaxed and balanced. With it, a distance of 40 cm is necessary between the feet; the legs are parallel to both sides of the stump. Players squat a little to feel their position better and offer an initial load on the leg muscles. In this case, there is a better chance to carry out a technical strike. As soon as the bowler starts making a throw, the batsman must transfer the weight to the foot pads. With a good hit, the batsman’s bat should go behind his back.

The batsman’s stance is of two types:

The moment when the batter raises the bat is called backlift. The coaches have a different approach to the swing. Some believe that at this moment, the bat should be at an angle to the throw. Other experts have a different opinion on this matter.

After the ball is hit, the batsman can move forward or backward to intercept the projectile. The forward movement should start from the back leg. If the player backs away, then he must move from the supporting leg. When hitting the ball, the player goes down on one knee, waiting for the ball to fall to an acceptable height. Sometimes the batsman has to step back to deflect a throw between the hips and the head. By stepping back, the player gets extra time to prepare for the strike. In this position, there are good chances to react to any unexpected blow or rebound. 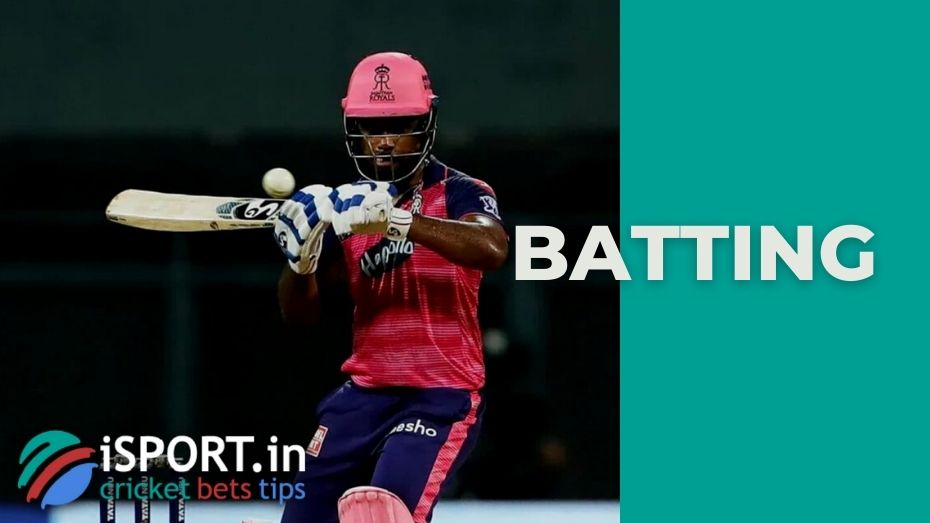 Batting: What are the punches?

We have indicated above that the batsman’s strokes can be divided into two categories. In turn, there is also a division depending on the tasks being solved. When performing vertical-bat strokes, the legs are aligned at the point of contact. At the moment of hit, the bat seems to be directed directly towards the bowler. These strikes are divided into three types:

There are also three types of strikes among horizontal-bat shots:

Players have very little time to choose the type of strike, so they should pay great attention to exercises to improve their reaction.