What is strike in cricket 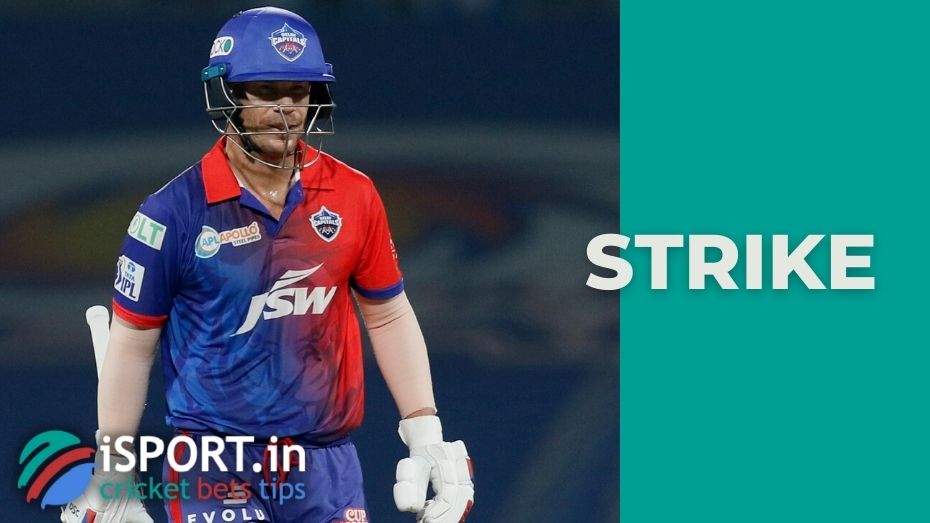 The word “strike” has a large number of meanings. But if we are talking about cricket, then this term refers to the position that a batsman takes, standing face to face with a bowler, opposite the second batsman.

What is strike in cricket

So, most often, this term refers to the position on the field occupied by one of the batting team players.

What position a player should take in cricket is strictly determined by the rules. The term striker refers to the first batsman who guards the team’s wicket against the encroachments of the bowler. When preparing to repel a hit, he must take a position so that at least one foot remains behind the popping crease. This particular position is called strike.

In cricket, you can often hear such expressions as:

So, a player with a bat who takes the strike position and prepares to repel the attack of the bowler of the opposing team is called a striker. In contrast, a batsman who stands next to an opponent’s wicket at the bowling end during an inning is called a non-striker. Both batsmen are at different ends of the field at the same time. When it’s time for a run, the batsmen switch places to earn runs for their team.

In addition, the term strike and its derivatives can be found in the following cricket terms:

Strike rate in cricket: one of the most important statistical indicators

As we wrote above, this term is ambiguous, and its exact meaning depends on which player it describes: a batsman or a bowler.

As a rule, the strake rate is calculated after the end of a player’s career to determine his place in the ranking of bowlers or batsmen in a certain format of cricket matches. For example, in the test format, the following players take first place.

The strike rate can be calculated for a match, for a season, or for a player’s entire career.