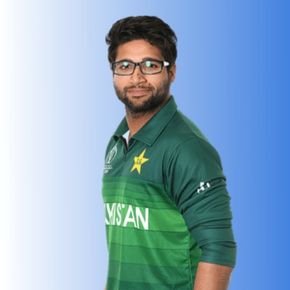 The cricket team is a Pakistani cricket team representing Balochistan province of the same name. The team takes part in internal competitions of all first-class, T20I and List A formats, including the Quaid-e-Azam Trophy, National T20 Cup and Pakistan Cup home tournaments.

The Balochistan was founded in 1954, after which the collective took part in the Quaid-e-Azam Trophy of the 1954/55 season for the first time. To put it mildly, the debut disappointed the fans of the new Pakistani club: the Balochistan lost 53 runs to the Sind in the home arena in the very first match. Then the captain Athar Khan managed to get 57 points for his charges and take two wickets, but the result was already predetermined.

The Balochistan lost to an outsider (combined team of the Railways and the Multan) in the following season 1955/56.

Almost every season, from 1972 to 1979 (except 1975/76), the team did not play more than one match in the Quaid-e-Azam Trophy, losing already at the start. At one point, it even happened that the Balochistan was going on a series of six defeats in a row (5 innings, 1 in runs). Naturally, the club lost a significant part of the fan base after that. However, the setbacks did not end there.

The Balochistan played the weakest match with 53 points against the National Bank of Pakistan in the 1974/75 season. Opponents allowed the Balochistan to lead only at the start of the match. However, there is a bigger setback in the history of the club. The Balochistan lost to the Sinda with the most devastating handicap in club history of 575 runs in the 1973/74 match, which is considered one of the colossal losses in first-class cricket overall.

During a difficult period for the team, Shahid Fawad was the club’s most successful batsman. Among the player’s best indicators are 32 points in four games in the 1972/73 season and 33 and 94 points (the club’s best result) against the Sinda in the 1978/79 season.

The combined team of the North West Frontier Province and the Balochistan hosted the first-class of the Indian national team as part of its outbound tour in the 1978/79 season. The draw in Peshawar can be called a success for the Pakistani unification, although, as it turned out, there were no representatives of Balochistan in the composition.

Despite its more than half a century history, the Balochistan cannot boast of bright titles and serious achievements. The team does not have a single trophy at the moment.

In this case, the fans can only support their favorites in every possible way during this difficult period.

As part of the restructuring of domestic cricket, the Balochistan was substantially modified and re-assembled from six players at once. The presentation of the new line-up was on August 31, 2019.