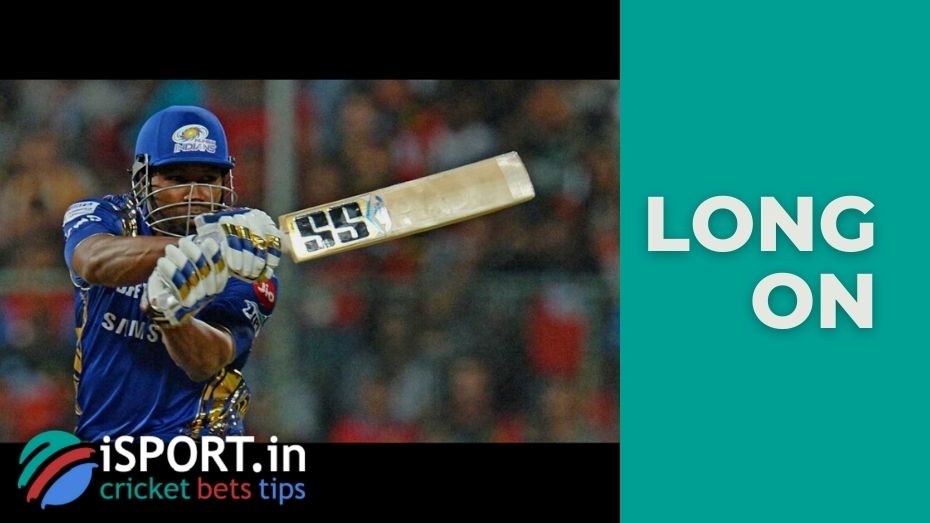 Long on is the outfield position of the defender, located near the outer boundary of the field on the leg side of the right-handed batsman. If you imagine a line in the middle of a cricket field, then long on will be about 5-10 meters from the batter’s leg (right-handed) on the side of this line.

Fielders in the long on position are there to save time for catching the ball in the event of a powerful batsman hitting the longest distance.

The cricketers in the long on position may have to move a little forward since the distance between them and the players in the mid on position is one of the largest in area.

Often, the captains of the field teams use the long on and long off positions when a batsman with a strong strike comes out. If the bowler manages to cope with the serve, then the only option for the batsman is a powerful batting to the boundary of the playing area.