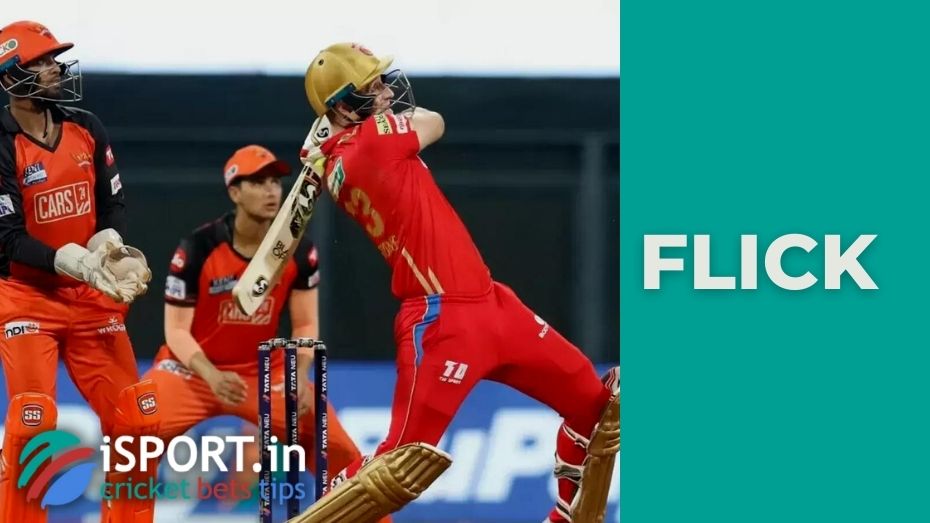 A flick is a batsman’s kick that is often used when the ball lands directly at a cricketer’s feet. The bowler serves the ball so that it flies almost the entire length of the pitch towards the leg side. If you divide the cricket field into two equal parts (an imaginary line runs along the pitch, from North to South), then the left side will be called off side, and the right side will be called on (leg) side (for left-handed players, vice versa).

From the point of view of professionals, the leg side is considered not the dominant side of the player with the bat. So flick is hit back most often on this side. With the correct batting of low serves in the legs, the ball will fly towards the mid-wicket fielder’s position (when serving, the cricketer is located almost on the same line on the bowler’s right hand, on the border of the 30-yard circle).

Flick can often be confused with another similar kick – leg glance. The strikes are almost identical; the leg glance is also performed from under the batsman’s feet. However, with a leg glance, the ball will fly towards the square leg position (on the line from the player’s left shoulder with the bat, on the border of the 30-yard circle). In addition, the difference between these strikes is related to the reaction of the batsman. If the flick is performed intentionally, then the leg glance – at the last second. For a more understandable representation of the difference in strikes, we recommend that you watch a video comparing flick and leg glance on any video portal.

You can bet on your favorite team with 4rabet promo code.