Tail in cricket – what is it? 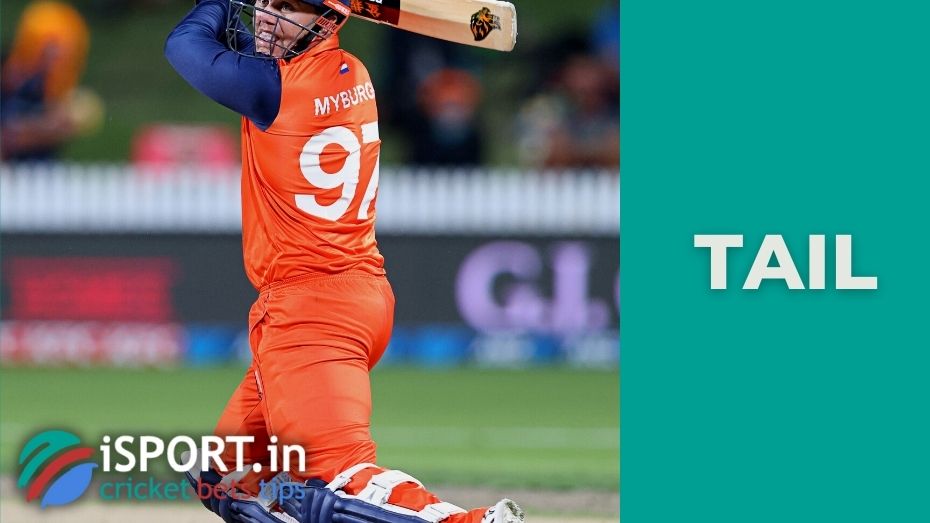 Those who have been interested in cricket for a long time know that many players play well either as a bowler or as a batsman. And rare cricketers manage to combine these skills. Given the game’s rules, it becomes very important in what order the batsmen enter the field. The term Tail refers to the end of the queue of players preparing to act as batsmen.

What is Tail in cricket?

This term is colloquial; of course, it is not found in the official cricket rules. It means the last players in the queue to become a batsman, but, as a rule, it’s not just about the order, but also about the playing qualities. The tail (or tail-end) includes players who are not proficient with the bat. As a rule, this is the name of batsmen who enter the field with numbers from 9 to 11.

What is a Batting Order, and why is it so important?

The term Tail means part of the Batting order. It consists of several parts:

As a rule, which of the players will go at the beginning, in the middle and at the end is determined before the start of the match. This is influenced not only by the player’s performance, but also by his individual strengths and weaknesses. For example, speed is considered an important characteristic for Top order players.

As a rule, the players who enter the field last can not significantly affect the course of the match, and their task is to make a good result great or raise the team’s rating if a loss looms ahead.

However, tail-enders can be a real problem in test cricket for the bowler of the opposing team because they are unpredictable. Sometimes they can surprise, for example, such players as David Warner, Virender Sehwag and Matthew Hayden distinguished themselves in this position.