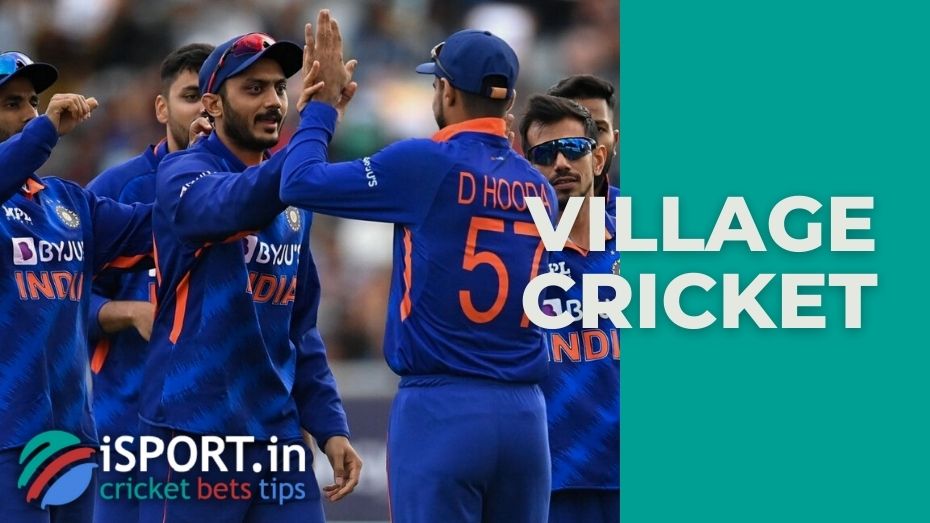 Village or Village cricket is literally “country cricket“, popular in modern England and Wales villages. These days, the term is often dismissive.

Village or Village cricket originated in the 17th century and stood at the origins of modern professional cricket. The first competitions were held between rival villages or counties. This is a basic difference from the so-called representative cricket, where a team can be represented by players from more than one district (for example, the national team).

Thus, the teams that compete at the Village cricket level are mainly composed of local natives. However, in some cases (for example, First XI), it is allowed to recruit players from small clubs in the counties and local cricket academies.

In addition to local competitions, provincial teams meet annually to participate in the National Village Cup, organized by Cricketer magazine. The first Cup was played in 1972 and since then, Wisden Cricketers’ Almanack has regularly covered all matches, focusing on the final.

Only those teams assigned to villages with a population of no more than 10,000 people are allowed to qualify for the National Village Cup (the threshold was only 2,500 until 2019, but later the organizers revised this requirement to increase the entertainment of the event and attract the public). At the same time, the rules additionally specify that the village represented by the team must be located in the open countryside. English, Welsh and Scottish teams can apply to participate in the National Village Cup. The famous Lord’s sports complex will host the final of the competition.

Yorkshire is the undisputed champion of the National Village Cup: over the years of the competition, eight clubs representing this county have won a total of twelve titles. Most often, others won the tournament (in descending order):

The National Village Cup also has its book of individual records and anti-records. So, the best of the best among batsmen are officially recognized:

The best bowlers of the National Village Cup are:

The highest statistics were recorded in the following matches:

The lowest performance in the National Village Cup was demonstrated by:

Colwall (Herefordshire & Powys) is the current champion of the National Village Cup.

Interestingly: professional cricketers playing at the international level often use the term Village or Village cricket in a figurative sense, implying primarily an amateur nature of the game or lack of necessary skills, quality preparation or understanding of the Spirit of cricket in general.

Our team always prepares interesting and informative articles about cricket and gambling for example Nomini bonus code for you. Follow this sport on our website!