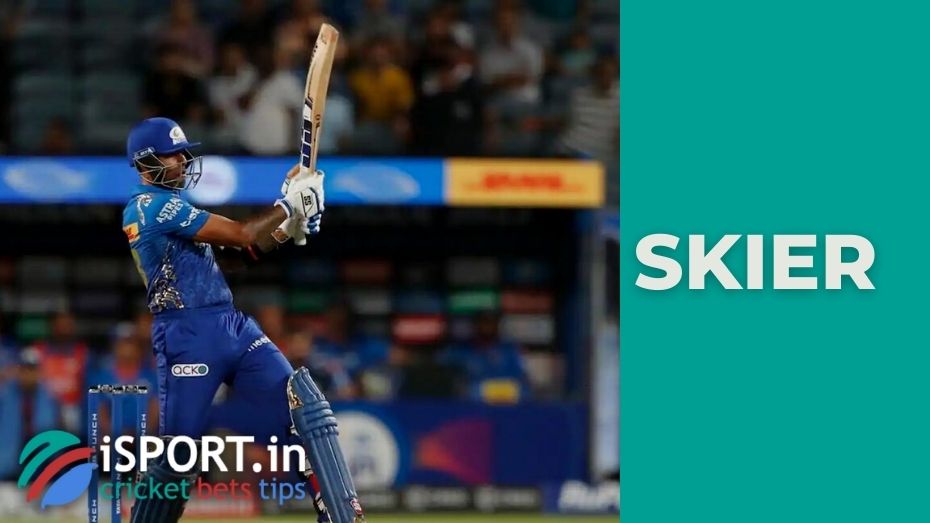 A skier – an untimely hit by a batsman on the ball, after which the projectile flies straight into the sky and becomes easy prey for the fielder. The very situation of beating is called skying. The fielder often chooses a position so well that he only needs to stretch out his arms to catch the skier. There are misfires with catching fairly simple balls from time to time, which leads to extremely awkward moments. Although for the audience, such blows always cause a storm of emotions and the result of their capture.

Dirk Nannes, one of the most famous freestyle skiers, culminating in the 1995 FIS Freestyle Skiing World Cup. As the athlete admitted, he never had the desire to play cricket at a professional level but always improve his skills in catching the ball. Over time, Dirk became so good that he could use his skills to the audience’s delight. Currently, Nannes is considered the legend of the skier-cricketer direction in cricket.

The skying strategy is that the bowler in charge of the throw must interact with the fielders. The joint coordination of their actions will make it possible to calculate all the directions of the batsman’s strike in the event of a skier applied to him and the ball hits the required location.

Undoubtedly, teamwork is the result of practice and multi-day training, but do not forget about individual skills. Great players, like Dirk Nannes, instinctively felt the ball, determined the timing, and interacted with teammates. These skills are difficult to learn and practice.

Many experts have argued for a long time about whether good skying is built on luck or talent. As a result, they agreed that skier is the result of luck, which is impossible without the talent of the cricketer himself.