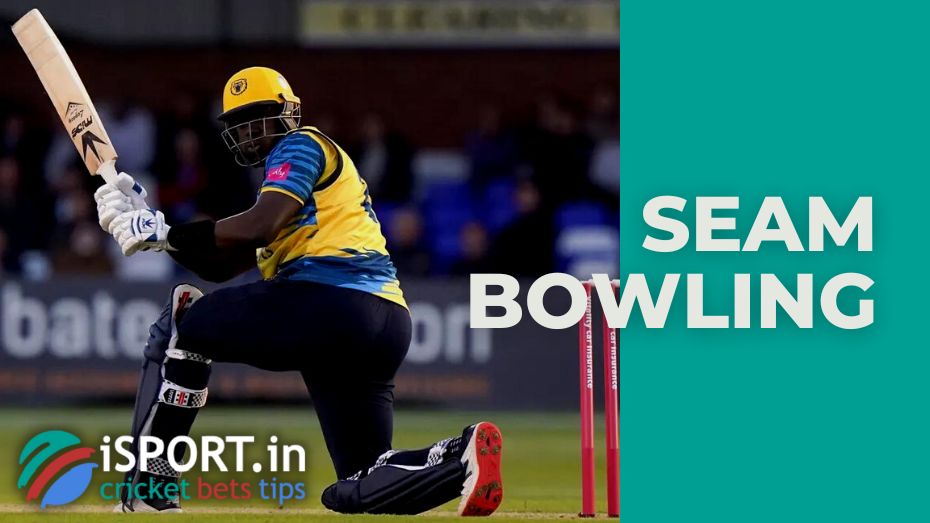 Seam Bowling is a term in cricket for a serve technique that uses an uneven area of ​​the ball, in particular a raised seam, to force the projectile to deviate from its usual trajectory when bouncing off the field.

A cricket ball does not have a perfectly round shape but consists of two prefabricated parts. These leather halves are connected by a circular stitching – seam that stands out against the general background of the shell’s surface. In this regard, seam bowling is defined as when the ball flies to the side after hitting the ground with the convex part.

The logic is easy enough to follow. The stitching on the seam is slightly raised, which allows bowlers to create lateral rotation when the projectile bounces off the field. Consequently, the serve is vertical, and the ball rotates horizontally around its axis. As a result, it is difficult to predict how its trajectory will change when hitting the ground, making it difficult for the batsman to hit the ground.

Glenn McGrath’s serve is often cited as an example of quality seam bowling. The Australian was known as a master in this direction, becoming a visual aid for study. Using his example, it was found that seam bowling is the lot of medium fast serving bowlers. Thus, it was possible to find out that speed is of secondary importance because otherwise, the movement itself could only facilitate the beating.

However, do not confuse the serve style with variety, i.e. method of holding the ball during the throw:

Of course, this in itself is a rather complex area of ​​study since any bowler somehow tries to use this advantage for his purposes. Therefore, a seam bowler is considered to be any player who throws the ball directly at the seam to induce deflection purposefully.