Who is a Runner in Cricket? 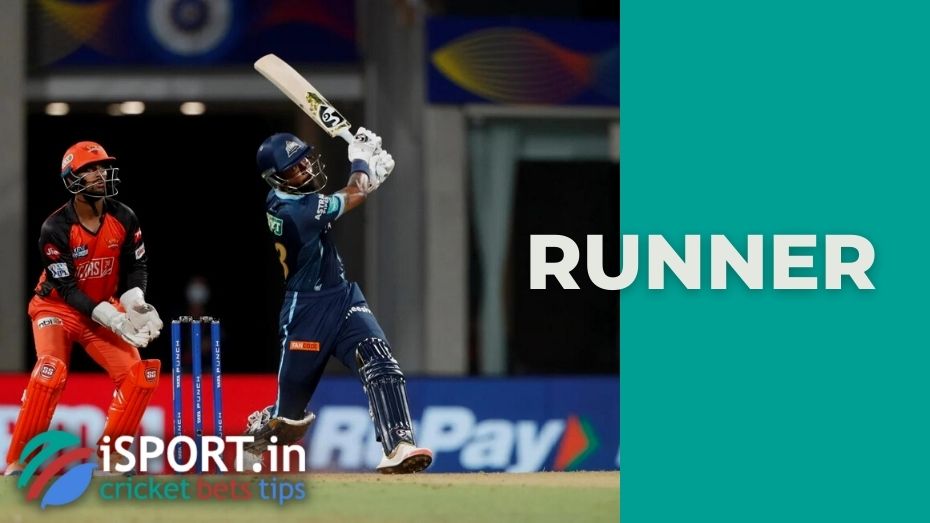 A runner in cricket is a player who runs from one wicket to another instead of a batsman who is injured. But do not be surprised if this is the first time you hear about such a player’s role in the batting team: since 2011, according to the decision of the ICC, the rules do not provide for such a way of playing in international cricket.

Who is a runner in cricket?

A runner is a player who an injured batsman calls during a match. The referees allow the use of the runner during the match if the following two conditions are met:

If these conditions are not met, then the use of a runner during the match is not allowed.

The runner that is involved must meet several conditions:

The runner usually stands on the square leg to be able to make a run between the wickets.

The match where this player participates usually looks like this:

Why are runners not used in international cricket?

In 2011, the Cricket Committee issued recommendations according to which the ICC banned batsmen from involving runners in international matches. At that time, runners had been an integral part of cricket matches for more than a hundred years (they first appeared in the MCC’s Laws of Cricket rules in 1884), but their involvement often caused a lot of controversies. For example, in 2009, during the Champions Trophy, Andrew Strauss refused Graeme Smith to attract a runner, although this player suffered from seizures. According to Andrew, the cramps were only a side effect of a long game, and Graham argued that in such cases in the past, a runner was allowed to enter the game, so the rules are applied inconsistently. A similar case occurred a year earlier with Michael Clarke, who also suffered from seizures.

According to Haroon Lorgat, the ICC chief at that time, cricket was in an unpleasant position when runners began to be used, violating the spirit of the game because it is always quite difficult for the referee to determine how real the injury of the batsman is and whether the use of a runner is a tactical technique to gain an advantage over the opposing team. Of course, this, like any actions that lead to foul play, is contrary to the spirit of cricket.

The ban on the use of runners was also intended to eliminate the possible inequality between batsmen and bowlers because if a bowler is injured, he cannot attract another player to help him. In this sense, the use of runners is initially an abuse.

Therefore, since 2011, you will not see runners in international cricket (at least in those matches held under the auspices of the ICC). A large part of the sports community supported this decision. The recommendations of the ICC Cricket Committee and national leagues followed; for example, Indian Premier League teams are also prohibited from attracting runners.