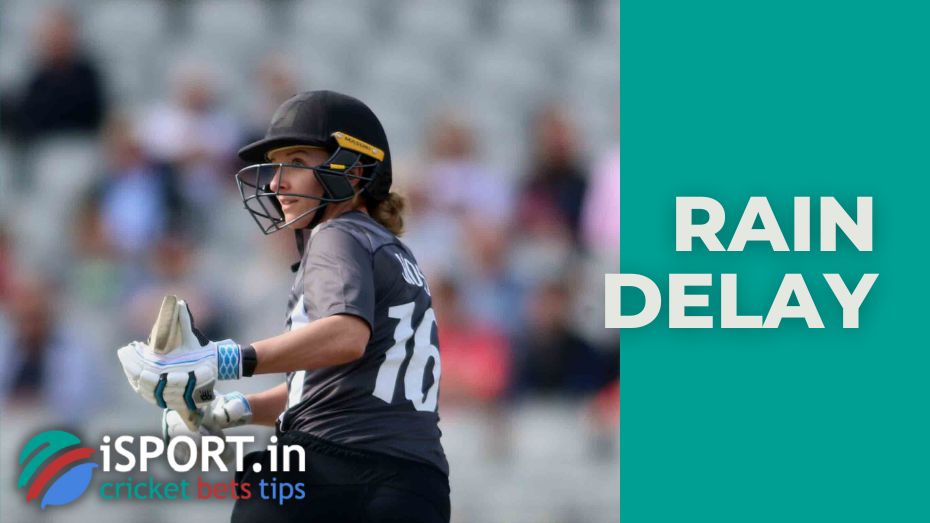 Rain delay or rain stopped play – delay, termination or postponement of a cricket match due to the occurrence or threat of rain. Almost all natural phenomena associated with stopping and postponing a meeting fall into this category:

If the rain caught the players on the field, the head referee decided to stop the match. As soon as a decision is made to stop the meeting – rain delay, all players are sent to the pavilion until waiting for the next decision. There are no specific conditions for determining the possibility of continuing the match, so the referees will control what is happening, acting according to the situation. It is usually covered with giant sheaths to save the field.

The fate of the meeting is entirely in the hands of the judges, but a set of rules guides them:

Each ODI match is allocated 8 hours from the official start time – game time. If the weather conditions improve during the game time – the rain stops and the field’s surface under the covers will be protected from bad weather – the game can start or continue from the moment of pause. However, if the weather does not improve within 8 hours of game time, all matches of the given game day are canceled. After that, they resort to various conditions to determine the outcome of the confrontation.

Moving the mast is considered the easiest way out of the situation when a rain delay occurs. However, postponements are not possible because of a tight schedule of meetings (for example, the Cricket World Cup).

A specialized mathematical DLS-model is sharpened exclusively for situations related to a rain delay in cricket. According to it, you can identify the winner based on the number of shots made and wickets lost.

Simply put, each team starts the match with a given amount of resources, i.e., throws and wickets. Rain, on the other hand, reduces this amount. Thus, sophisticated DLS calculations are designed to estimate the proportional decrease in the target for the second innings.

Interestingly, due to the rain delay, fans can count on a monetary refund. So, for example, in English practice, full compensation of the ticket price is guaranteed to viewers if they wager less than 15 overs, while from 15 to 29 overs is already a 50% refund.