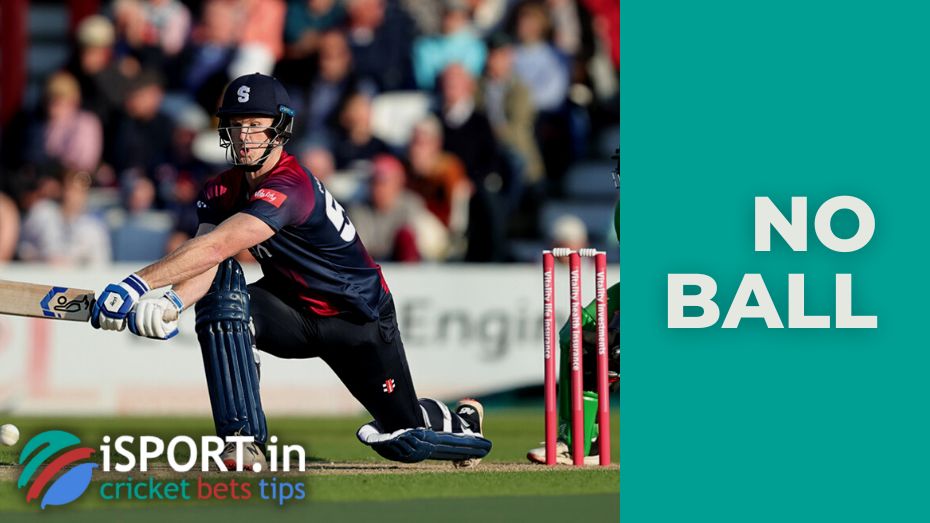 In professional cricket, no ball is an illegal pitch. In this case, the game is stopped, and the battering team receives an additional wound. In addition, if this is an ODI or Twenty20I match, the team receives a free hit – a serve that protects the batsman from being knocked out of the game (if the wicket is knocked down, the ball is caught, etc.). No ball serve does not count as a completed attempt for bowlers, and the player must re-throw the ball. More information is in our article.

No ball – general information and reasons

In this article, we will discuss Law № 21, which talks about a term called no ball.

If the match referee gives the command no ball in professional cricket, the bowler threw the ball incorrectly, or the field players violated the rules during the service. In this regard, the battering team is always awarded an additional wound. There are several reasons when filing is considered illegal. Let’s try to understand each of them briefly.

During the serve, the bowler changes hand or side. Before starting to play his over, each bowler notifies the referee of which hand and on which side of the wicket he will shoot. If he wants to change his hand for some reason, the player with the ball must warn the match referee about this. If this requirement is not met, the referee stops the game and issues the command no ball.

Wrong hand movement when throwing. When throwing, bowlers can only bend the elbow joint to a certain degree (up to 15 degrees). If a player breaks this rule, the referee also stops play with the no ball command. In addition, if the bowler serves a second time in violation, the referee has the right to remove him for the rest of the inning.

The less common type of throw also applies to this rule. The referee may stop play if the bowler hits the batsman before entering the delivery stride area. That is, the player with the ball performs a premature swing and throw. It’s forbidden in cricket!

One of the most famous incidents involving such serves occurred in the 1981 Australia Tri-Series Cup final between Australia and New Zealand. For the match to end in a draw, the New Zealand team needed only six runs. However, with the command of Australia captain Greg Chappell, bowler Trevor Chappell (his brother) began pitching the ball during his innings. Naturally, the batsman could not hit the ball properly and thus earn enough runs for the team.

Soon, the local public began to boo such actions. In addition, both batsmen left the field ahead of schedule. Even though such services were allowed in those days, Australia received a lot of negative criticism. After this match, such services without agreement are prohibited.

The photo below shows the judge extending his arm to the side. It means that the pitch is no ball. 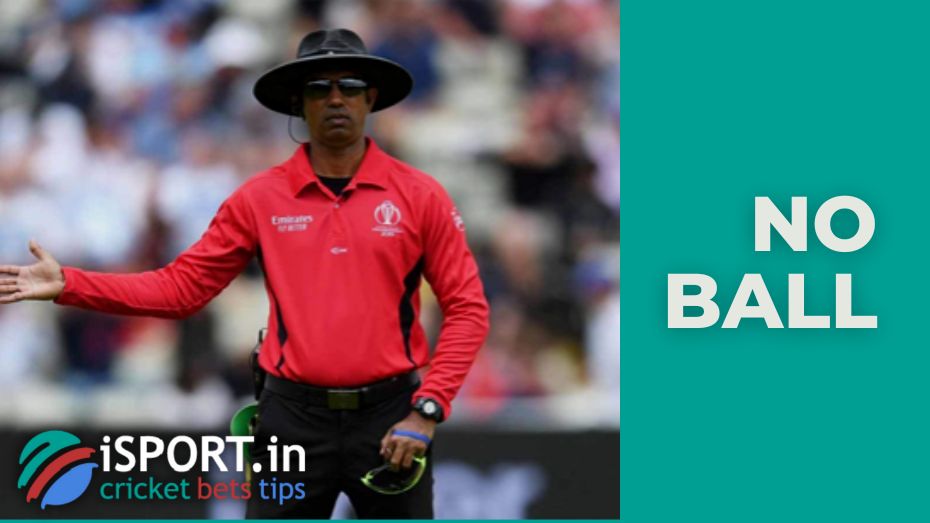 Walkers. Such things are popular in many sports. In cricket, the spade is fixed in the following situations:

Broken wicket. There are always two wickets at the pitch. One from the bowler’s side, the other from the batsman’s side. If the bowler breaks the wicket that is on his side during the service, the referee will count the throw as no ball. Stumps are considered destroyed, even if they are touched by a piece of clothing or some kind of accessory (for example, glasses).

It is necessary to work out such moments with high quality in training to avoid it. Every novice player should develop the habit of looking after himself and his belongings because no one wants to use their feeds just like that.

Bouncing the ball off the pitch. When serving, after the bowler has released the ball, he must (the ball) either fly directly to the batsman or bounce at most once from the pitch. If the ball bounces more than once or just rolls across the field (underarm bowling), the throw is also counted as no ball. Also, the service will not be complete if the ball does not reach the batsman.

A touch of a fielder. The field players are serving team members whose task is to catch the ball in the shortest possible time after the batsman hit. If the ball is thrown hits the fielder (before the ball is hit), then such a serve will be designated as no ball.

Dangerous serves. Since cricket is a fast game (in terms of serving and hitting speed), the Laws of Cricket should have rules that prohibit the bowler from serving dangerous serves. These include:

Illegal actions of field players. Most of the restrictions were spelled out in the paragraph titled touching the fielder, but there are other reasons behind the no ball command. If you divide the playing field into two parts (from the batsman’s side), then the left side will be called on(leg)side, and the right – off side. So, a violation will be counted when, during the service, more than two field players are behind the wicket on the on (leg) side. There are also restrictions on the number of outfield players outside the 30-yard circle (read about this in detail on our website in another prepared material).

In One Day and Twenty20 competitions, after an illegal no ball, a free hit is played. The batsman has the opportunity to play more openly and risky since the free hit is considered a protected serve. The batsman cannot be sent off.