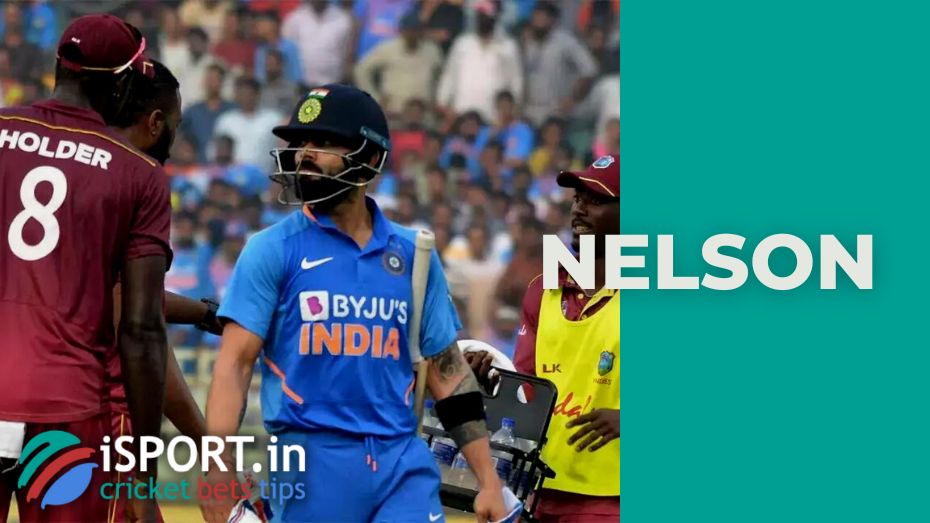 An article is about the magic number 111. In cricket, it is called the Nelson number. In this article, we explain who Nelson is and provide examples related to him. In addition, we will try to understand whether there is still some kind of magic among Nelson.

If you are a superstitious person, then this article is definitely for you. Let’s start from afar. Horatio Nelson (known as Admiral Nelson) is a former British Navy officer. He was born in 1758 in the English village of Burnham Thorpe in a priest’s house. Thanks to his uncle, Maurice Suckling, he linked his life with the navy from an early age. Nelson established himself as a man with personal prowess and tough tactics. His unconventional strategy has led the British fleet to decisive naval victories on more than one occasion, especially during the Napoleonic Wars (1803-1815).

At the age of 35, he was wounded in battles near the island of Corsica. There, Nelson lost sight in one eye. He lost most of his hand in a lost battle at the Battle of Santa Cruz de Tenerife in 1797. He was mortally wounded in the Battle of Trafalgar in 1805. The Battle of Trafalgar is considered by many to be one of Britain’s greatest naval victories. Actually, for these reasons, Horatio Nelson is recognized as the great naval officer of his country. In the modern world, a phrase that he uttered even before the start of the battle has survived: England expects that every man will do his duty.

The question arises: how is the British officer involved with cricket? In this sport, Nelson is associated with the number 111 (as well as 222, 333, etc.). The number refers directly to the battering team. There is no exact answer as to why Nelson and why the number is 111. However, different sources have their own version (note that in all cases, you need to think not about the whole number 111, but about three digits of this number separately):

There are other versions, but all this is not so important. The main thing is that superstitious people today believe (as far as cricket is concerned) that if a team scores 111 runs, then something bad is bound to happen in the game.

In the 1990s, the popular magazine The Cricketer conducted an analysis that showed that the chance of a wicket falling at the 111th wound is very small. But, statistics did not affect people and belief in a magic number in any way. By the way, since the wicket consists of 3 stumps, the number 111 is also compared to an empty wicket without a bail (the wicket is broken).

You can argue for a long time on this topic, whether all this is true or not. Let’s put it this way: whoever wants to believe is true; whoever does not want to believe, it’s fiction. Despite everything, there are several moments in cricket history that are somehow connected with the number 111. Let’s look at them.

Probably the strangest incident happened with the Nelson cricket team. This is a club from New Zealand. He took part in first-class matches in the period from 1874-1891. The Nelson team was fired in the inning when they had 111 runs in their 1st game against Wellington in 1874. The same thing happened in 1891. The same Wellington club closed the rivals’ inning (the team knocked out all the batsmen) with 111 runs.

Another story happened at The Ashes tournament in 1981. In Test Game 3, Australia set a goal of 130 runs but scored only 111. England won the match with an 18-run lead.

On November 11, 2011, in the test game between South Africa and Australia, the following numbers were displayed on the scoreboard in one period: 11:11 – 11/11/2011. Most spectators, players, and even match referee Ian Gould raised one leg, emphasizing a very similar coincidence of numbers (former English player and referee David Shepherd resumed the popular practice of raising one leg with Nelson’s number in the 1980s).

The Trailblazers and Velocity teams met at the T20 Indian women’s tournament in 2019. The amazing thing is that the Trailblazers team needed to score 113 runs to win. With the score of 111/2, the team seemed to be out of the game. Over the next 7 innings, the club lost 5 wickets at once (the score was 111/7). But in the end, everything worked out, and the Trailblazers team won the match.

Naturally, everything was invented by people. With a high probability, the more you look through the archives of cricket matches, the clearer it will become to you that all situations related to the number 111 are just incredible and random coincidences.

Read even more interesting information about Riobet promo code on the pages of our sports site!