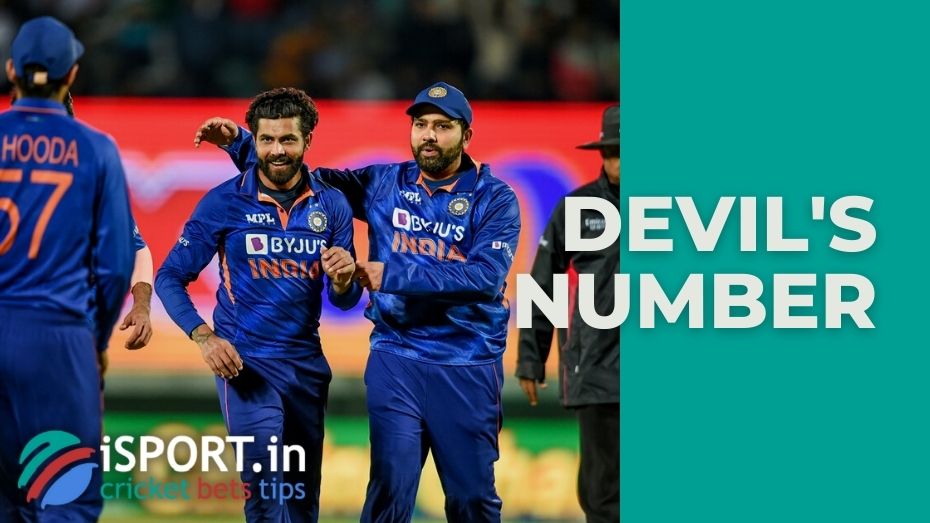 It is always a shame to lose with a big lag. But there are numbers faced with which players also begin to fear for their fate. Devil’s number (also Dreaded number) is the batsman’s set of 87 points before being knocked out of the game.

The number 87 began to be considered unlucky, largely because before the century (100 points), the player lacked 13 points. Most often, devil’s number (also Dreaded number) is spoken about in Australian cricket, which is considered one of the leading in the world. The English language has its terminology for this expression – Nelson.

Donald Bradman is one of the greatest cricketers in the sport’s history. The Australian performed at a high level from 1928 to 1948. He managed to set many records during this time and be remembered for his difficult character and talent. Bradman gave up cricket and became interested in tennis at 14. But he returned to cricket and delighted the fans with unique throws and punches. Many took an example from him. For example, Keith Miller, who later became a famous player. In 1929, the future Australian national team player was only 10 years old. He was actively involved in cricket and watched the performances of already popular players. In an Australian championship match known as the Sheffield Shield, Bradman was knocked off the field by much less venerable player Harry Alexander at 87 points.

Keith Miller remembered this figure and constantly asked his friends and acquaintances about it. He also actively searched the press because he believed that Donald Bradman could not stumble on the score 87. A few years later, another Australian cricketer Ian Johnson knocked out Donald Bradman from the field with a score of 87. At this point, Keith Miller, himself already playing at a high level, remembered a story from his childhood. She was liked by many journalists and was actively replicated. It is noteworthy that after a while, it turned out that the 10-year-old Miller was wrong. Donald Bradman was eliminated from the game with a score of 89 in 1929. But exactly the number 87 was considered the Devil’s number (also Dreaded number).

In world cricket, the expression Devil’s number (also Dreaded number) is mostly reserved for Australian players. It can also be applied to representatives of other countries, but this is rarely done. Much the same went for the baggy green hats worn by the Australian national team in the 20th century and considered it a great pride for themselves. There are no such strong traditions in other countries.

Renowned cricket statistician Ric Finlay believes that any player should not fear the devil’s number (also Dreaded number). In reality, there are not many cases where players are eliminated with this score. With the same success, a batsman can leave the field with lower numbers on the scoreboard. Finlay conducted an analysis that found that only 12% of Australian players have ever been sent off for this score. Most of them have never become victims of Devil’s number (also Dreaded number).