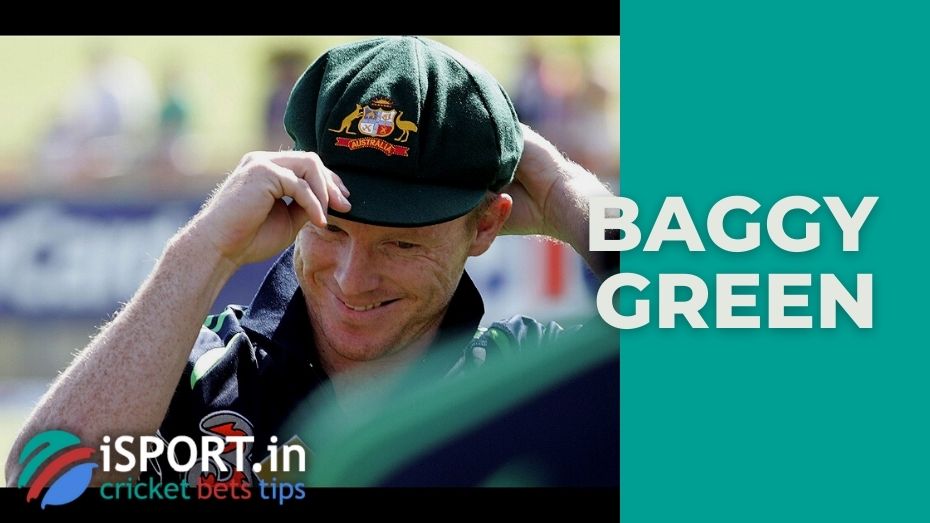 The Australian national cricket team is one of the leading in the world among both men and women. This country was at the origin of the creation of the International Cricket Council. It is not surprising that the representatives of the Green Continent have their own traditions and customs. One of them is baggy green, and this is the cricket cap of dark myrtle green color.

Australians started wearing a cap at the beginning of the 20th century. At the same time, at first, it was not baggy. You can see this if you look at the photos of those times. This cap has become so popular with the Australian national cricket team that the Marylebone Cricket Club recognized it as the “most famous cricket cap in the world”. In the 20th century, this headdress was considered a national pride.

In the 90s, baggy green began to increase in size. The fact that the headdress turned out to be baggy is “to blame” team captains Mark Taylor and Steve Waugh. The last of the two players believed that baggy green is a symbol of the team’s success, and it is difficult to imagine the performance of representatives of the Green Continent without it. And in order for the headdress to be more noticeable, it should be larger. Largely because of Waugh, players started and finished their careers in the national team in the same cap. Although this was not always the case:

At the moment, Australian players wear baggy green at will. Some cricketers from the older generation can still be seen in this famous headdress. The rest of the cricketers, especially in the batsman position, play in helmets.

The coat of arms, located on baggy green, is the symbol of the national federation at the time of its creation. At that time, Australians were proud of their success in wool cultivation, agriculture, shipping, and mining. The coat of arms consists of the following elements:

Baggy green is slightly different for women’s and men’s teams:

There are several interesting facts associated with baggy green:

Even the caps of not particularly popular players from Australia were sold at auctions for A$10,000 or more. That’s what one of the national treasures means!