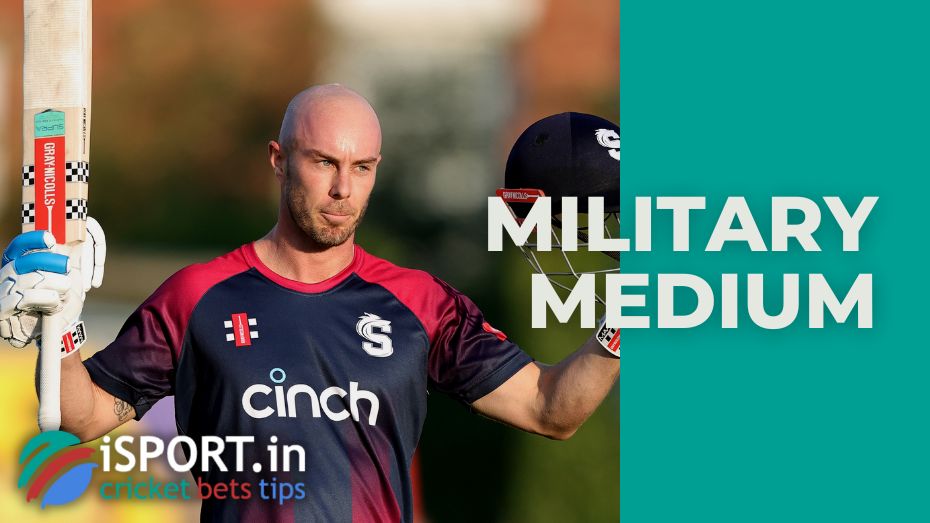 Did you know that the phrase military medium can sound at the same time as an unpleasant insult or as praise for bowlers? We are dealing with this issue, and also give an example of 5 bright representatives of cricket, who are famous for their specific serves. In addition, we will find out who and when uses the phrase mine and why it is important in any team game.

The phrase has a double meaning. On the one hand, bowlers with military medium serves are considered those who do not have enough speed in their serves. These are boring, monotonous throws that are not interesting to watch. Sometimes the phrase military medium can humiliate a throwing cricketer.

On the other hand, bowlers who serve the same deliveries (along the same length and trajectory) are considered stable players. The speed of their serves is about 65-75 miles per hour. This style is more effective in games with a limited number of overs. Unlike test cricket, batsmen must constantly look for opportunities to get runs quickly. And with military medium serves, it will be extremely difficult to do this. Moreover, if the bowler serves 6 identical shots per over and the batsman cannot hit them, sooner or later, this will lead to serious consequences for the batsman. Thanks to this, the phrase military medium can sound like praise.

Here is a list of the TOP 5 players who are known as military medium pace bowlers:

We are well aware that any fan wants a bright and exciting game, which is almost impossible to see when serving military medium. However, such throws are necessary for any team, and this cannot be avoided.