Meat of the bat 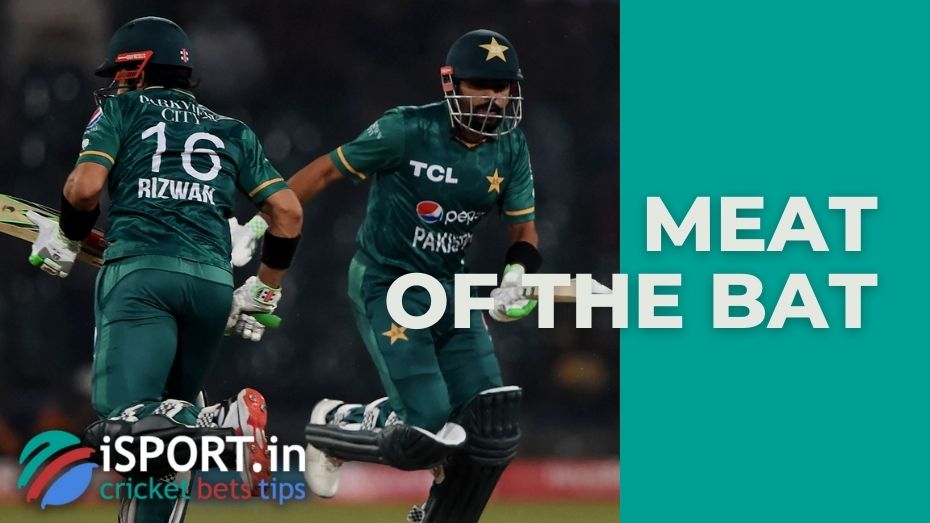 What is a cricket bat? In a nutshell, this is a piece of wood ( only bits should be like this since 1970), no more than 38 inches long and no more than 4.25 inches wide. Bits weigh from 2 pounds 7 ounces to 3 pounds. The area called the meat of the bat is the widest and thickest part of the bat (so you know exactly what we are talking about, below is a photo). The depth of the meat of the bat should not exceed 2.64 inches. All requirements for a bit are spelled out in the Laws of Cricket in Appendix B.

In most cases, if a player earns 4 or 6 runs, he has got a high-quality and strong blow. And for a hard hit, the batsman hits the ball with the thickest part of the bat. This part is called the meat of the bat.

By the way, we started to pay attention to the size of the bat after the incident of 1771: on September 23 in the English Championship match between the Chertsey and the Hambledon, the player Chertsey – Thomas White came out as a batsman with a bat that was about 9 inches wide (the same the width of the wicket). Since there were no restrictions during this period, Thomas did not violate anything, but still the Hambledon players filed a written protest, and the maximum bat sizes were set after the monster bat incident.