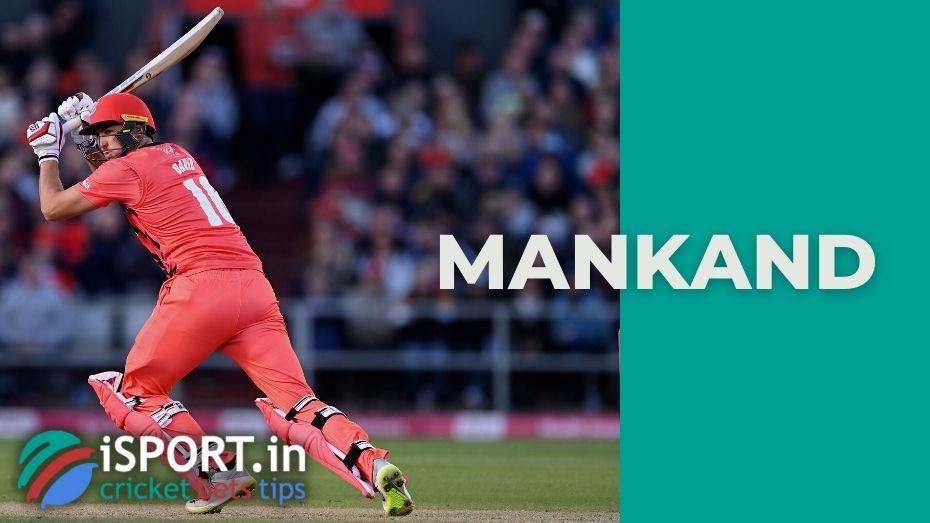 What do you know about when a free batsman comes out of his zone during a bowler’s pitch? Is this legal, and why is such an action called Mankad or Mankading? We also analyze the moment with the phrase Manhattan. Read our small and interesting review about some of the phrases of the sport of cricket.

The phrase Mankand in cricket refers to batsmen, namely to actions in earning runs. It is known that there are always two players with a bat on the pitch – one protects the wicket and hits the balls, the second protects the 2nd wicket (he is considered a free batsman). When the bowler runs up to the pitch during his innings, the second free batsman begins to walk towards the pitch. This is done to reduce the time to move around the pitch (for a set of runs).

A free player with a bat moves only a short distance away from the popping crease. If the batsman moves completely away from the crease, the wicket will be considered unprotected. Naturally, according to the Laws of Cricket, a bowler can knock it out. However, if a free batsman has time to return and the bowler tries to take a wicket, the ball will be counted as a no ball, which will bring plus one run for the batting team.

Yes, an action called Mankand or Mankading is not officially prohibited in cricket. However, in addition to the Laws of Cricket, there is also a simple sports solidarity in the game. The most important thing is that such exits distract the bowler very much. Imagine that you are set up for your signature serve, and during its performance, a person will go towards the throw. Naturally, this is distracting. Mandkading especially angers bowlers during such innings, when an important moment of the game is being decided.

But, since this is not prohibited in the Laws of Cricket, the opinion about Mankand was divided. There were those athletes who speak positively for such actions and cricketers categorically against it.

Why is it called Mankand? The action was named after the Indian bowler Vinoo Mankad. At one time, he seriously opposed free batsmen who left the zone like that. In 1947-1948, during an Indian tour around Australia, a moment occurred. Mankad, stopped during the acceleration and knocked out a nearby wicket (then the free batsman Bill Brown was standing behind the zone). Similarly, Vinoo Mankad did the tour earlier. Such actions infuriated the local Australian media, which in their magazines and newspapers questioned the professionalism of Vinoo Mankad. After that, the exit of a free player during the delivery was called Mankanding.

Vinoo Mankad has received a lot of negative reviews in his address. But there were also those who fully supported him. One of these was the famous Australian cricketer Sir Don Bradman, who said the following words:

Yes, for the life of me, I can’t understand why the media and everyone else put Mankad’s sporting prowess in doubt. It is also quite clear that a non-batting player must remain within the wicket until the ball is thrown out. If not, then why do the Laws of Cricket prescribe the moments when you can knock out wickets? It is also logical that by retreating too early and too far, a free batsman gets an unfair advantage.

Again, Mankading is a completely legitimate technique in cricket. But some experts say that everything should be consensual. If the bowler wants such moments as Mankad not to happen before his innings, he negotiates with a free batsman. By the way, it was Vinoo Mankad who warned Bill Brown before knocking out the wicket.

According to historical data, the first batsman who could be knocked out in this way was the English cricketer George Baigent in 1835. If you look at the statistics, you can determine that Mankading does not happen very often. So, only 4 cases were registered in the test draws. Also, 4 moments occurred in ODI format matches, and only one case was registered in Twenty20I in general Mankading.

The only thing is that the first-class championship, that is, the internal one, is leading in terms of the number of unsportsmanlike runs (and if you compare how many matches have been played for all time and how many moments with Mankading – this is still a very low indicator). This means that every player respects their rivals and reveres such a significant game as cricket.