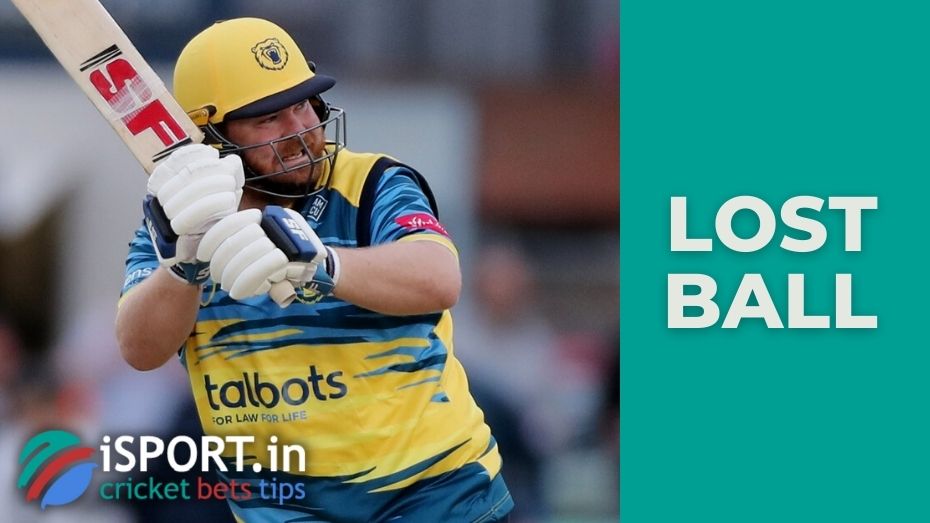 A Lost ball (or Dead ball) – a situation in which it is impossible to carry out any game actions with the ball. A common example is that the projectile leaves the field, making it meaningless to search (of the currently performing cricketers, Chris Gale, Andre Russell and AB de Villiers “lost” the ball more often than others).

The Lost ball is mentioned in three Laws articles – № 4, №18 and № 20. It is worth clarifying that in 2017, the last of them was amended, which significantly changed the interpretation of the episode. So, in particular, the old version of article № 20 allowed all field players, without exception, to declare the Lost ball, after which it automatically went into the category of the dead. At the same time, any wounds added in the case of No ball, most of the runs made, as well as those that the batsmen did not have time to complete, were retained for the battering team, but only if they crossed on the court before the instant Lost ball was announced.

The latest version of Laws details in which cases the ball can be declared dead:

Regardless of the nature of the game episode, the referee makes the final decision on the Lost ball. He also has the right to declare the ball dead if an episode of foul play was recorded, one of the cricketers or the referee was seriously injured, the crossbar of the wicket fell before the striker could strike or was not ready for it for a good reason (for example, if his deliberately distracted).

The new edition of Laws clarifies that any penalties, previously performed wounds, and the current wound (provided that the batsmen managed to cross) remain in force and affect the final score. If the batsmen did not have time to cross before the announcement of the Lost ball, then they will have to return to their original positions, and unfinished wounds will not be counted.

Another important factor is ball wear. Since its condition affects the service rate and the game as a whole, after the ball is declared dead, the referee is obliged to replace the projectile with a similar one. According to Section 4 of the Laws, all balls that are used on the field are not only checked by the referees before the match, but are also under their control (for example, it is the referee who takes the ball after the destruction of the wicket or during the break in the game). In this case, the team captains have the right to demand a new ball at the start of each inning.