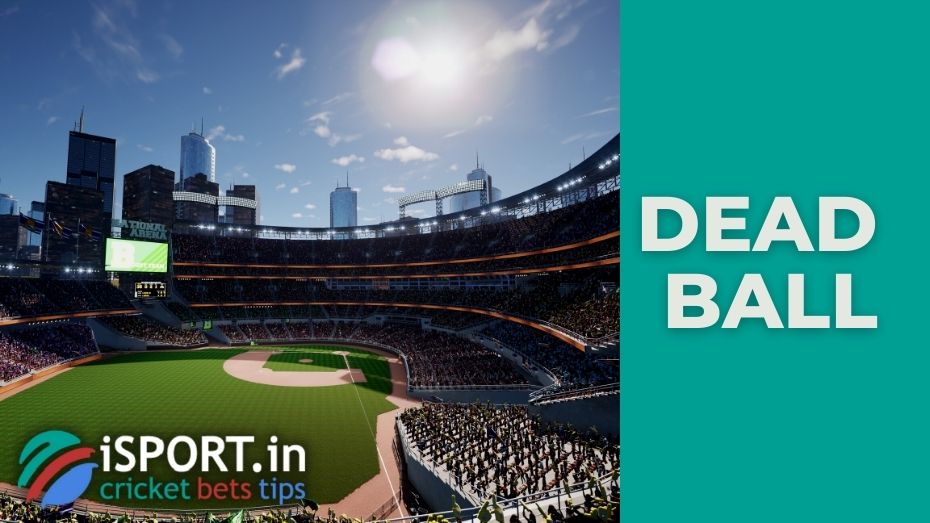 The concept of the dead ball is often used in sports. It means that the ball is temporarily unusable. Sometimes this is due to the quality of the projectile. Most often, stops happen because the rules of a particular sport provide for pauses. In some disciplines, ball changes are considered normal. For example, it happens every seven or nine games in tennis.

In cricket, a dead ball is used in two cases:

The concept of the dead ball was first used in cricket in 1798. If a fielder stopped the ball with his hat, he received a penalty of five runs. Previously, there were also cases when a bad ball became an obstacle to the game, but the concept of the dead ball was simply not used. A cricket ball is “live” as soon as the bowler shoots towards the opponent.

Let’s designate a few examples when the dead ball occurs in cricket:

There are cases in cricket history when referees had to act outside the box in some situations. In 2005, Australian batsman Michael Hussey sent a ball into the roof of the Telstra Dome. After touching it, he landed outside the boundary. In an open stadium, a player would have earned six points for such a shot. In this case, the attempt was canceled.

If the judge wants to inform the players that it is a dead ball, he crosses and spreads his arms in front of him. 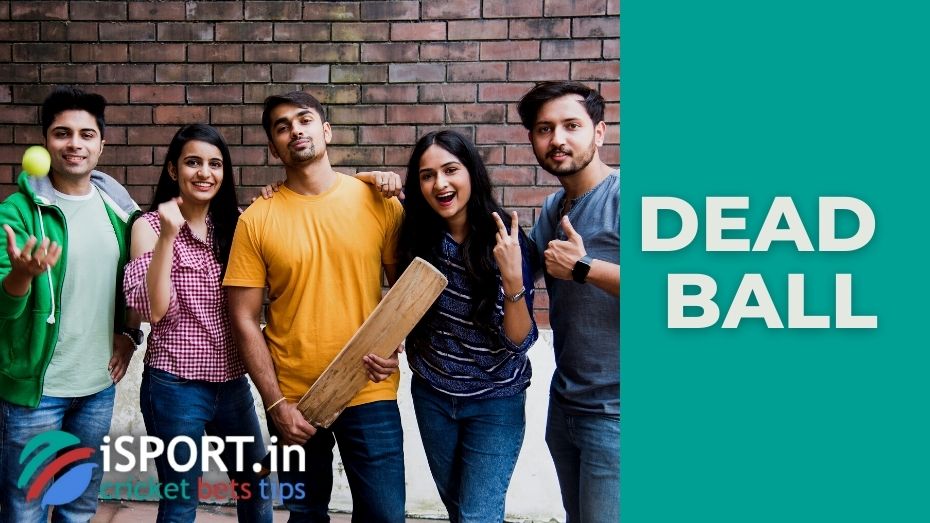 Dead ball: in other sports

In gridiron, the football dead ball is pronounced whenever the ball leaves the field. This can be an effective attack by one of the teams or a wide shot. Most often, a pause occurs due to one or another violation on the part of the players. In this sport, several balls are used at once to be able to resume play faster if, for example, a projectile was sent to the stands.

Dead ball in football has its characteristics, depending on the league in which the matches are held. In some cases, after the ball is knocked out of play, the timer stops, but in most tournaments, matches continue. The referees can then compensate the players for the time spent.

In baseball, when a dead ball is announced, no player can move beyond their base. At the same time, runners should not be knocked out of the game. The dead ball is triggered in baseball, for example, when a player hits the ball outside his area. Also, the judges can announce a pause if the runner successfully coped with his task and scored points. In baseball, games are sometimes stopped due to bad weather. Pauses occur due to players being sent off the field. True, in this sport, one can hope for a dead ball, not in all situations when there are stops. It all depends on what rules the match or tournament is played by.