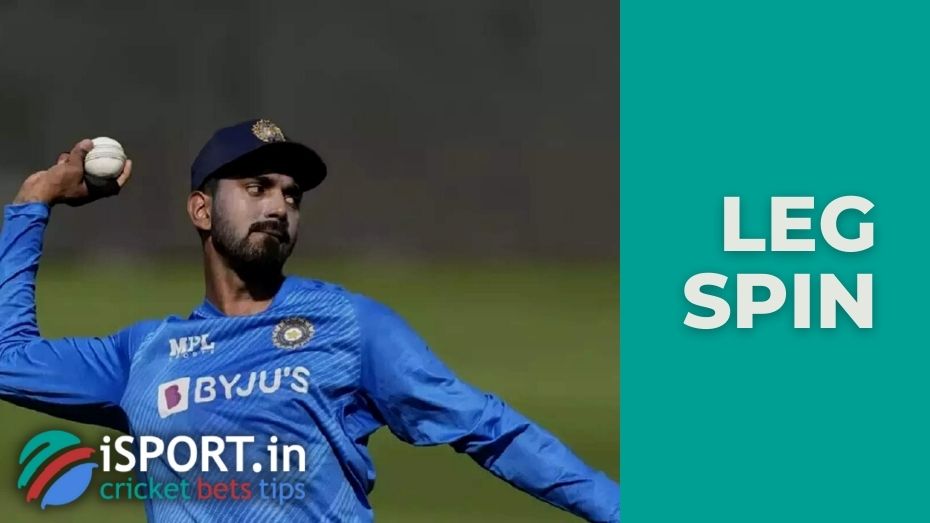 It is only at first glance that cricket seems to be a monotonous game. In fact, in this sport, there is not only a large list of important and strict rules, but also a number of techniques for executing strikes and serves. By honing their skills, cricketers can show incredible results that are even difficult to imagine.

One of the most common types of bowling is Leg spin. Professional cricketers use it, and the high efficiency of Leg spin performance can be achieved only after years of training. In this article, you will learn all the details about this type of bowling, which famous bowlers used this technique, and also read about how to perform it.

Leg spin: details about the type of bowling

It is very difficult to explain cricket terminology without the opportunity to demonstrate it, but we will try to do it in as simple words as possible.

Leg spin is when the ball is served on the leg-stamp line and, after hitting the pitch, flies in the direction of the off-stamp.

To put it even more simply, if you look from the point of view of a right-handed batsman, the ball flies to the left and then to the right (or away from it). Accordingly, the bowler sees everything the other way around. It is believed that this type of bowling is one of the most difficult of all existing ones.

Highly qualified bowlers with Leg spin are also able to perform more advanced and complex varieties of this technique. For example, this includes Googly, which is generally very rarely seen on the cricket field, and very few cricketers can possess it. In addition, there is another well-known complex variation – flipper. It has also been mastered by only a few world-famous bowlers, among them – Abdul Qadir, Anil Kumble, Shane Warne and Mushtaq Ahmed.

Interestingly, some sources use the term Leg spin as a synonym for leg break. However, in many places, it is customary to use Leg spin in a broader sense to include in this uncomplicated concept all types of serves performed by a leg spinner, including non-leg break deliveries.

Leg spin: the technique of performance

Of course, the review of this term would not be complete if it did not contain a description of the Leg spin technique. We recommend contacting either cricket coaches or watching a video on YouTube for a complete picture because just words can not fully explain it. However, we still tried to explain the technique of performing two varieties of this concept – leg break and leg-spinning.

You can make a Leg break by holding a cricket ball in the palm of your hand so that its seam passes under all your fingers. When the projectile is released, the wrist turns to the left, and the ring finger clicks on the ball, causing it to rotate counterclockwise when viewed from behind.

For leg-spinning, the ball is placed in the palm of the hand so that the seam is parallel to the palm. Then the first two fingers are spread and squeeze the ball, and the third and fourth are closed and rest against the edge of the ball. The first bend of the ring finger should capture the seam, the thumb resting on the side is directed towards the bowler, but it should not exert any pressure. When the ball is served, the ring finger performs most of the rotation. The wrist is cocked as it descends behind the hip and moves sharply from right to left when the ball is released, adding more rotation. The projectile is thrown up to ensure flight. The batsman will see the hand with the palm facing him when the ball is released.

The most famous Leg spin bowlers

Each Leg spin bowler has this technique in different ways. Someone has more skills, someone has less, and someone does not like it at all. But there are those athletes who possess this technique, who have forever written themselves into the history of cricket. Of course, there are a lot of them, but we will tell you about the most significant personalities:

Now you know everything about Leg spin. To make your idea of this kind of bowling only stronger, we recommend watching video collections with its demonstration on YouTube; some of the serves are really impressive.